Woman Who Stole Artifacts From Pompeii Claims She Was Cursed

A Canadian woman has returned stolen artifacts that she claimed have cursed her for the past 15 years. Known only as Nicole, the woman visited Pompeii back in 2005 and took home two pieces from an amphora, two mosaic tiles, and a piece of ceramic wall – all of which have allegedly given her nothing but bad luck since she stole them.

Pompeii is one of the most famous historical sites in the world. It has a very tragic past as approximately two thousand people died there from the volcanic eruption that occurred at Mount Vesuvius back in the year 79 AD. The eruption buried the ancient Roman city under a thick blanket of ash, hot rock, and dust, as well as poisonous gas.

Nicole returned the items to the Archaeological Park of Pompeii with a letter explaining her actions. She wrote in part, “I wanted to have a piece of history that couldn't be bought,” adding that she was “young and dumb” at the time that she visited the site and took the artifacts home. 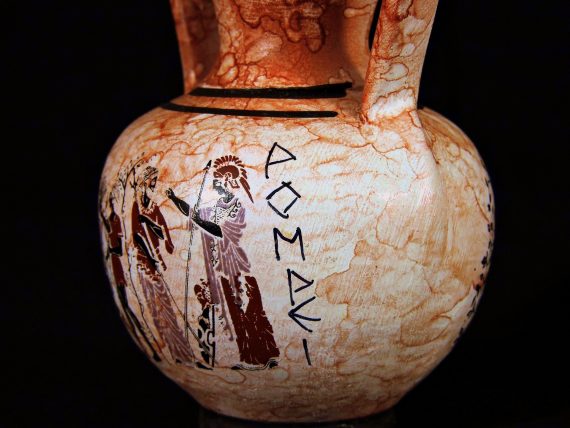 She went on to state that since she returned home, she has suffered physical illnesses (she had breast cancer twice which caused her to have a double mastectomy) as well as her family experiencing financial difficulties. She added that she gave her friend another tile and told her that she was returning the artifacts but she’s uncertain whether or not her friend will do the same.

She believes that her awful luck had something to do with the artifacts that she took from Pompeii. “I took a piece of history captured in a time with so much negative energy attached to it,” she wrote, adding, “People died in such a horrible way and I took tiles related to that kind of destruction.”

She finished the letter by stating, “We are good people and I don't want to pass this curse on to my family, my children or myself anymore.” “Please forgive my careless act that I did years ago.”

Interestingly, in an interview with CNN, a spokeswoman for the park said that approximately a hundred people who have visited Pompeii have returned stolen artifacts, claiming that they have also experienced bad luck since taking the items from the site. (A picture of the artifacts that Nicole returned can be seen here.)

So, for anyone who is considering taking artifacts from a historical site, you may want to think twice as the items may contain a curse and cause you to have bad luck for many years to come.