A Hacker, Aliens, and a Secret Government UFO Space Force

Born in 1966, from an early age Scottish born Gary McKinnon had been interested in computers, getting his first computer and learning to use it on his own at the age of 14. Later inspired by movies such as WarGames and the book The Hacker's Handbook by Hugo Cornwall, McKinnon began to become more and more enthralled with the world of hacking, to the point that he became absolutely obsessed with it. He found himself spending more and more time shirking his duties as a systems administrator for a small business in order to pursue his passion for hacking, and this obsession led to him losing his job. It did not bother him much at the time, as this just allowed him to devote more time to what he really wanted to do, all while he crashed at the house of his girlfriend's aunt in London and delved deeper into what he was capable of. Calling himself by the hacker name “Solo,” for a while it was all sort of a hobby and addictive game for him, but then it would careen into what has been called “biggest military computer hack of all time,” leading McKinnon down a dark rabbit hole of secret military projects, aliens, and UFOs.

By the late 1990s, McKinnon had been drawn more and more towards looking for evidence of government cover-ups of all kinds, and decided to use his hacking skills to look for it, once saying “I hate conspiracy theories, so I thought I'd find out for myself.” He became utterly devoted and further obsessed with this mission, spending all of his time snooping through government and military files and systems, to the point that it absolutely consumed him. Additionally, this was all far from legal. He said of this crusade to throw the veil off of secrecy:

I am not blind to criminality, but I was on a moral crusade. I was convinced, and there was good evidence to show, that certain secretive parts of the American government intelligence agencies did have access to crashed extra-terrestrial technology which could, in these days, save us in the form of a free, clean, pollution-free energy. I thought if someone is holding onto that, that is unconstitutional under American law. I didn't think about jail sentences at the time. I'd stopped washing at one point. I wasn't looking after myself. I wasn't eating properly. I was sitting around the house in my dressing gown, doing this all night.

According to him, he was digging up all manner of weirdness in the process, and one of the weirdest of these was evidence of what he describes as some sort of secret space force. He stumbled across this while looking into NASA and U.S. Space Command files after hearing of a conspiracy that they were holding UFOs at the Johnson Space Center. Not content to just discuss conspiracies about it, he began hacking into NASA to see for himself, and it would turn out to be shocking and very weird. McKinnon would say of this in an interview with Wired:

A NASA photographic expert said that there was a Building 8 at Johnson Space Center where they regularly airbrushed out images of UFOs from the high-resolution satellite imaging. I logged on to NASA and was able to access this department. They had huge, high-resolution images stored in their picture files. They had filtered and unfiltered, or processed and unprocessed, files. My dialup 56K connection was very slow trying to download one of these picture files. As this was happening, I had remote control of their desktop, and by adjusting it to 4-bit color and low screen resolution, I was able to briefly see one of these pictures. It was a silvery, cigar-shaped object with geodesic spheres on either side. There were no visible seams or riveting. There was no reference to the size of the object and the picture was taken presumably by a satellite looking down on it. The object didn't look manmade or anything like what we have created. Because I was using a Java application, I could only get a screenshot of the picture -- it did not go into my temporary internet files. At my crowning moment, someone at NASA discovered what I was doing and I was disconnected. I also got access to Excel spreadsheets. One was titled "Non-Terrestrial Officers." Yeah, I looked it up and it's nowhere. It doesn't mean little green men. What I think it means is not earth-based. I found a list of 'fleet-to-fleet transfers', and a list of ship names. I looked them up. They weren't US navy ships. What I saw made me believe they have some kind of spaceship, off-planet. It contained names and ranks of U.S. Air Force personnel who are not registered anywhere else. It also contained information about ship-to-ship transfers, but I've never seen the names of these ships noted anywhere else. 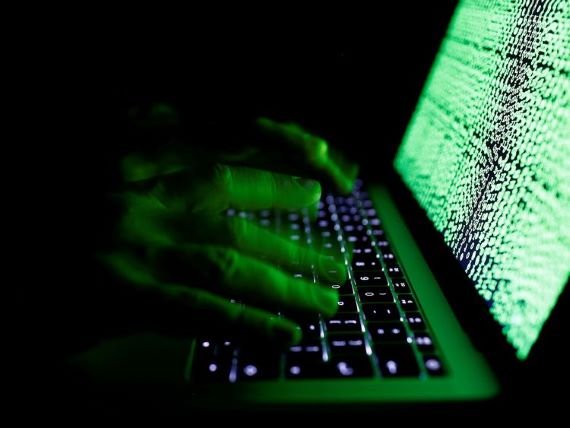 McKinnon claims that this space program is called “Solar Warden,” in operation since 1980 and every bit as bizarre as you might imagine. He says that it acts as a sort of interplanetary border control to protect against aliens that would do us harm, and that it is under control of the US Naval Network and Space Operations Command (NNSOC),  and through his snooping around he was able to glean a surprising amount of detail on the program. He claims that Solar Warden has at its disposal eight massive cigar-shaped motherships longer than several football fields, 43 small "scout ships” and various other flying objects, as well as advanced beam weaponry, all of it derived from reverse engineered alien technology tested at secret bases including the infamous Area 51 in Nevada. It sounds absurd, but McKinnon swears it is true and has never backed down from his story. In addition to Solar Warden he also uncovered images of UFOs in the atmosphere and various other information on aliens and UFOs, as well as documents called “The Disclosure Project,” which supposedly contain reams of testimony from high level sources on the existence of such things, and of which he has said:

There is The Disclosure Project. This is a book with 400 testimonials from everyone from air traffic controllers to those responsible for launching nuclear missiles. Very credible witnesses. They talk about reverse-engineered technology taken from captured or destroyed alien craft. There are some very credible, relied-upon people, all saying yes, there is UFO technology, there's anti-gravity, there's free energy, and it's extraterrestrial in origin and they've captured spacecraft and reverse engineered it. 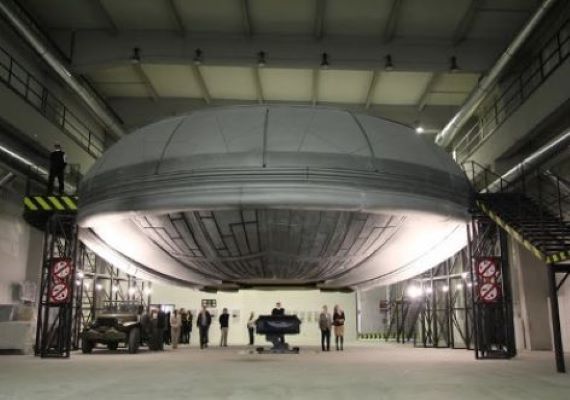 Unfortunately, he was never able to get too far into it, as all of this was highly illegal and it eventually caught up with him. In 2002, McKinnon was arrested at his flat in Wood Green, north London, and accused of hacking into 97 United States military and NASA computers over a 13-month period between February 2001 and March 2002, much of it allegedly causing a lot of damage in the process. For instance, he is accused of altering or deleting critical files from operating systems, rendering important systems inoperable, copying data, account files and passwords, interfering with military operations, compromising sensitive and classified data, and leaving threatening messages, all of which was according to officials “intentional and calculated to influence and affect the US government by intimidation and coercion." Considering that this all happened directly after the 9/11 terrorist attacks, the U.S. government took this very seriously and made aggressive moves to have him extradited to face trial there, something which could mean up to 70 years in prison for McKinnon. So far there have been endless appeals and judicial reviews, meaning that he has yet to face these charges on American soil, and likely never will, although extradition efforts have been ongoing.

We are left to wonder just what he really found while breaking all sorts of laws. Did he really see top-secret government files pertaining to aliens and UFOs, and more importantly did he really uncover evidence of some space force using alien technology? There have been plenty of people and so-called "whistleblowers" making similar claims, so what are we to make of this? He has not provided one shred of concrete evidence, and his detractors have pointed out that he was high on weed most of the time he was hacking, so is this all just tall tales? McKinnon is definitely in deep doo doo with the American government, but whether any of that has anything to do with aliens and UFO space programs remains to be seen.