A Mysterious Alien Abduction in the Jungle

In March of 1978, a fisherman was out by a river in the state of Maranhão, Brazil, when his concentration was broken by screams from the nearby jungle. Alarmed, the fisherman stopped what he was doing and ventured into the thick, murky underbrush towards the desperate cries, until he came to a teenaged boy lying there upon the ground. The boy seemed to be in rough shape, unable to move, and even when asked who he was he could only respond with gurgled cries of pain. Whoever the boy was, he seemed to be in a sort of spaced-out daze, and considering there was blood coming from his mouth the fisherman assumed that he had been attacked by someone. When authorities arrived, the boy was taken to the hospital, and it was found that he had four missing teeth, with other teeth jagged and broken, patches of hair that appeared to have been singed off, some kind of red marks like sunburn around his ears, and by the time doctors looked at him he was in some sort of unresponsive, catatonic state. He was moved to a more modern medical facility, and only after a few days did he begin to come out of his mysterious stupor. When he did, he had quite a bizarre tale to tell, and so would begin one of the weirdest alien abduction accounts Brazil has ever seen.

It started as a normal day for 16-year old Luis Carlos Serra, who in March of 1978 was out in the wilds near his home in the village of Penalva, collecting guava fruit for his family. The area was covered in thick jungle, but he had been out here many times before, and for Luis it was all rather mundane, that is until the day began to take a turn for the strange, starting with a loud noise like a siren that boomed out to reverberate among the trees. This was not a normal sound of the jungle, obviously not natural, and at first Luis thought it might be from an aircraft overhead, but when he looked up it would prove to be no normal airplane. 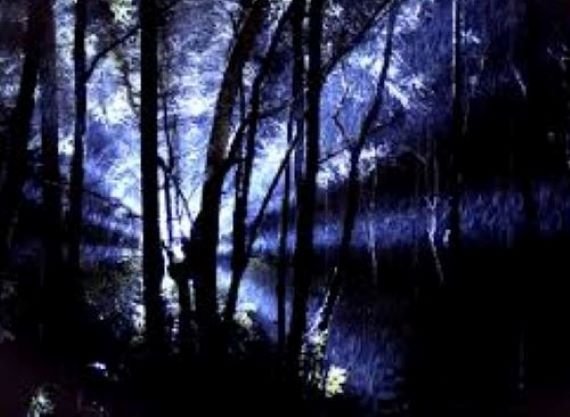 When Luis peered up through the canopy of trees stretching far above, he felt nearly blinded by an intensely bright light. What was causing the light he could not see, but it was so brilliant that it lit up the normally dim jungle floor, and as he stood there, frightened and wondering what could possible produce such a light, he suddenly found that he could not move his body. Luis would claim that something had paralyzed him, and he fell to the ground unable to move or even cry out. As he lay there helpless, the light began to sort of congeal around him, until he was enveloped by it, and that was when he felt his body lift off the forest floor into the air, as it something were pulling him upwards.

The now terrified boy continued his ascent, right up through the branches of the canopy and above the sea of jungle green, and that’s when he finally saw the source of the light. According to Luis, hovering over the jungle was a large round object with a domed top and lined by windows along its side, and it was towards this inscrutable craft that he found himself floating. He would claim that he was pulled towards the mysterious sphere, and right through one of the windows, until he was inside of it. He was then allegedly gently lowered to the floor, from which Luis looked up to see three humanoid beings in metallic suits and visors standing around him speaking in some unknown language. As he tried to comprehend what was going on, the craft began to move, and things would get even stranger still. Although his memory of the even would remain somewhat murky, he says the craft went to a place that was dark and devoid of mountains, sky, stars, and trees; just a vast expanse of some sort of strange tall grass and nothing but blackness above. He was levitated back out of the craft and set down upon a flat rock in a clearing, and he would say of what happened:

I was taken to a strange land with no trees and only with tall grass. I do not know how long it took to get there. I went out the window just as I came in, with nothing supporting my back. I was still paralyzed. It was a strange place I did not know. It seemed like a field, but no birds or sides. The grass was very high, about one meter. I did not see any house or building. I could not see the sky, there were no trees or stars. It was very dark. I was still paralyzed. So those people approached me and put a tube in my nose. It did not hurt. Then they put a transparent ball in my mouth, and a liquid down my throat too fast. I fell asleep and did not know what happened later, I woke up in the bush. 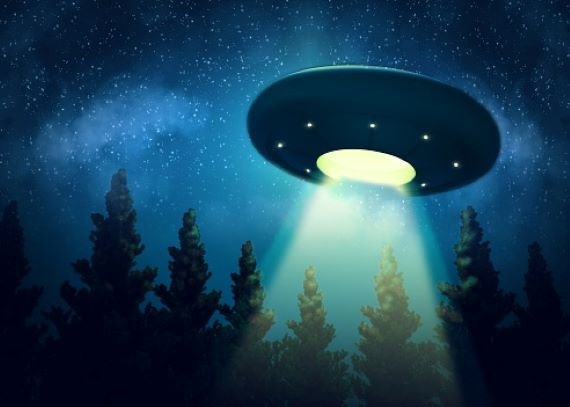 It would not be until three days later that he would be found there by that fisherman, but it would turn out that there had been an intensive search effort to locate the boy carried out by the villagers. The incident would capture the attention of UFO researcher and journalist Bob Pratt, who would go to the region to interview Luis and other locals about what had happened, also finding out that there had been several other sightings of UFOs in the area at the time. Pratt would also interview medical personnel who had examined the boy, including a neurologist and two psychiatrists, and he even spoke with the town’s mayor, none of who had any rational explanation for his condition when found. Rather curiously, according to researcher Albert Rosales, in August of 1978 there was a sighting of three glowing humanoids in silver coveralls and round, translucent helmets in a field near Penalva, although what connection this had to Luis’ case remains unknown.

It is hard to know what to make of this utterly bizarre case. Investigators who have looked into it deem Luis to be a perfectly rational and calm witness who has never deviated from his core story. There is nothing about him that suggests he would simply fabricate such an otherworldly tale, and no reason to suspect he ever gained anything from it. There are also the corroborating reports of other strangeness in the area, so what are we to think of all of this? Is this just tall tales mixed with local superstition and maybe a dose of minor hysteria, or is there something more to it all? For now, the strange case of Luis Carlos Serra remains an intriguing mystery that sees no concrete conclusion in sight, and it is left to the realm of speculation.