A Mysterious Case of Alien Reptilian Humanoids in Italy

Before the night of December 6, 1978, Pier Zanfretta was just a normal, unremarkable guy living out in the rural village of Torriglia, Italy, where he worked as an unassuming private security guard. Up until that evening there had never been anything particularly remarkable about him, and he likely would have been forgotten by history if it weren’t for a sequence of strange events that would unfold. And so begins a weird odyssey concerning UFOs, high strangeness, and lizard humanoids from outer space.

On this evening, Zanfretta was in his car on his usual night patrol, and as he peered into the gloom ahead trying to navigate the frigid icy roads, he noticed what appeared to be four mysterious lights emanating from a nearby home. At this very moment his car apparently sputtered and died, but he did not connect this to the lights he was seeing just yet. Indeed, he assumed the lights he was seeing to be flashlights from burglars trespassing on the property of the home, which he recognized as belonging to the wealthy doctor Ettore Righi. He estimated that there were four trespassers, and so when he left his vehicle to investigate, he did so with his weapon drawn and at the ready. He stealthily made his way onto the property, creeping around to the back were the light seemed to be coming from, and he had no idea that as he peaked around a corner his life was about to be changed forever. 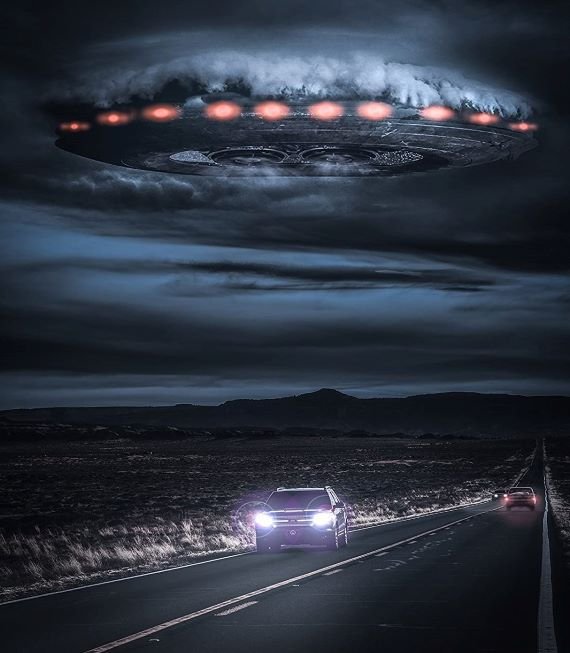 There in the backyard of the estate there sat a glowing red, oval object with a diameter of over 33 feet, which was enough for him to start backing away and call it in to his supervisor. As he backpedaled out of there he claims that he had then turned around to be confronted with the astonishing sight of an immensely large being standing at around 10 feet in height looming over him, which he said was “An enormous green, ugly and frightful creature, with undulating skin… as though he were very fat or dressed in a loose, gray tunic.” Over its face it wore a mechanical mouthpiece of some sort, the creature’s skin was mottled and covered with scales like a reptile, its hands and feet bore wicked talons, and spikes protruded from its head, and it soon became apparent that there were several more of the same entities standing not far away. He would say “They are green, with triangular yellow eyes, with big thorns, they have green flesh and their skin is full of wrinkles as if they were old. Their mouths look like they’re made of iron, they have red veins on their heads, pointed ears and arms with fingernails.” In fact, they were so grotesque, savage, and frightening in appearance that Zanfretta started to run away, the reptilian creatures hitting him with some sort of “heat beam” as he did.

He would later be found unconscious after other guards responded to his screaming, panicked calls for help over the radio, and even after waking he was in an obvious daze and state of shock, even dangerously waving around his gun as if he were going to shoot them. Oddly, his clothes were found to be almost hot to the touch, despite the fact that he had been lying out there for who knew how long on the frozen ground. As soon as Zanfretta explained what had happened to him the police supposedly contacted the Italian military police, the Carabinieri, who arrived on the scene for a full investigation. They would apparently find some amount of physical evidence left behind from the encounter, such as large, anomalous footprints, scorched trees, and strange deep imprints shaped like horseshoes in the earth where the supposed UFO had rested. It was also uncovered that many other residents in the area had seen unusual aerial phenomena at around the same time that Zanfretta had had his bizarre encounter. Strangely enough, the gun that Zanfretta used was found to have been fired five times. Before long, word was out on the whole thing, and it was being splashed all over the news and on TV programs across Italy. It was all intriguing enough that a reporter by the name of Rino Di Stefano, with the newspaper Il Corriere Mercantile took it upon himself to look more deeply into what was at the time being treated as a sort of tabloid oddity.

Stefano would find Zanfretta to be very sincere in his tale, and would deem him to at least truly believe what he was saying. So convinced was Stefano that there was perhaps something to all of this that he had Zanfretta undergo hypnotic regression to try and uncover any lost memories from the missing time, which would unearth many new details. Under hypnosis, Zanfetta claimed that he had actually been taken aboard the reptilian aliens’ ship, where he had been examined and interrogated using some sort of translator device. The aliens had supposedly told him that they were from the planet “Teetonia,” located in the “Third Galaxy,” and that they were preparing to visit Earth in greater numbers. Making things even more bizarre is that this would apparently not be the last brush Zanfretta would have with these enigmatic beings. 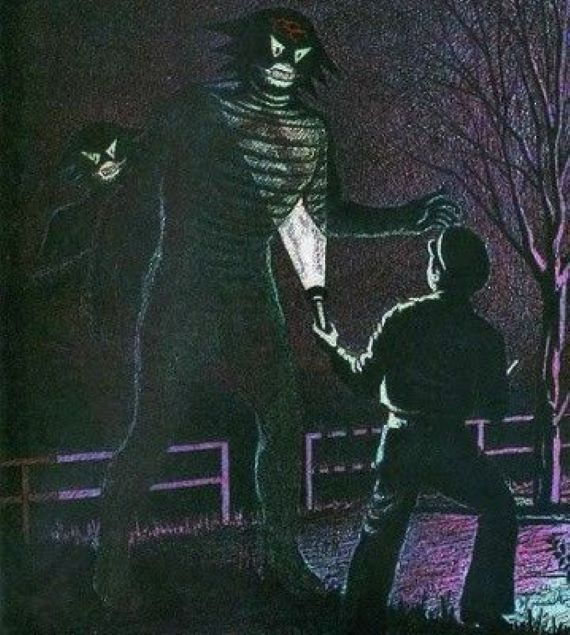 On December 26, 1978, Zanfretta was driving on patrol when his car seemed to stop responding to him, steering itself and acting of its own accord, as if under some sort on intelligent control. The vehicle proceeded to go careening towards a remote area in the countryside, whereupon it suddenly stopped by itself and was bathed in a blindingly bright light. The aliens would then apparently take him aboard their ship again and examine him, as well as fit him with some sort of uncomfortable communications helmet, and this time one of the beings took his gun and fired it into one of the craft’s walls, seemingly out of curiosity. They also offered to take him with them, but he refused, so they let him go. However, they allegedly then abducted him yet again in July of the next year, on this occasion taking him to some sort of mothership in space, where they showed him a repulsive, frog-like alien in suspended animation that they claimed was of an enemy species. There were also a bird-like creature and a being like a caveman similarly ensconced within tubes. They also apparently gave him a transparent sphere containing a golden tetrahedron that would rotate in suspension, its purpose unknown. Zanfretta would later claim that he had hidden this sphere away in a safe place, and has always refused to show it to anyone, leaving its existence questionable.

Zanfretta would eventually admit to having been abducted no fewer than 11 times from between the years of 1978 and 1981, and on one occasion several security personnel would also see the UFO, even firing at it to no effect. Some of these encounters were truly strange, including one in which he stopped at a service station and was met by a being with an egg-shaped head wearing a checkered with a chest plate made of metal. Zanfretta has since appeared in numerous interviews and TV shows in Italy, he insists it is all true, and his case has become perhaps one of the more well-known and strangest alien encounter stories Italy has ever seen. What is going on here and is any of it true or not? It is certainly one of the more bizarre alien reports out there, and it will probably always remain just another very weird report that we will never have answers for.

Bogus UFO Disclosure: A Means To Keep Us All Under Control?