A Mysterious Death and a Secret Group: Whodunit?

It was the summer of 1991 – specifically August 1 of that year – when the body of a middle-aged man was discovered in a hotel room in the Martinsburg, West Virginia Sheraton Inn. His body was lying in the shower. It was a grim sight for the maid that made the discovery. The man, it seemed, had committed suicide: his wrists were cut deep, something which effectively meant that without anyone to help him, the man was doomed. It didn’t take more than a few moments for hotel staff to figure out who, exactly, the man was. He was identified by the person on the front-desk as Danny Casolaro. He was an investigative journalist of the Woodward and Bernstein variety. Casolaro's death was a big tragedy for his family and friends. Suicide is always a terrible tragedy – and not just for the victim, but also for those left behind and who have to pick up the pieces. But, was Casolaro's death really just the suicide that it appeared to be? The investigation continued to grow – and to the point where it wasn’t just the local police looking into the death, but also conspiracy theorists. The latter group had a reason for looking into Casolaro’s out of the blue death. For around a year and a half leading up to the point of his reported suicide, Casolaro had been looking into a powerful and mysterious group of people. Casolaro termed this group, "The Octopus." Appropriately, but unfortunately and tragically, the Octopus soon got its tentacles into Casolaro and dragged him down to an untimely death. 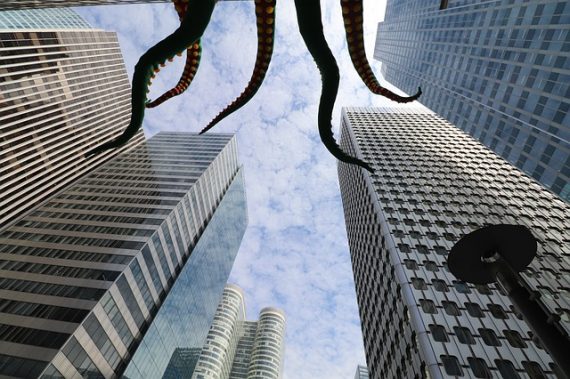 Casolaro’s investigations started as a result of his interactions with a man named William Hamilton. He was an expert in the then-growing field of computer software. As part of his work, Hamilton came up with a highly sophisticated program (sophisticated for 1991, at least) designed to help to chase down criminals. For a while, at least, all went well. The time came, though, when government personnel, and quite out of the blue, stunned Hamilton by informing him that he had been overcharging them for his technology – that went by the title of PROMIS. A huge legal feud followed; Hamilton did not come out as the victor, as was almost certainly guaranteed. Just because Hamilton was on the losing end, though, it didn’t mean that his program was also going belly-up. In fact, it was the exact opposite: the government had no intention of letting go of this program which, in terms of its widespread surveillance and tracking ability, promised a great deal. Copies of the program were sold to numerous nations. It became an investigation that, for Casolaro, turned into a downright obsession and provoked a great deal of paranoia - something that may have been justified. What Casolaro found was that the Octopus did not operate out of one specific facility. Rather, they were a loose-knit collection of powerful people all around the world who would come together, for clandestine meetings, and to try and determine how best to manipulate and control the human race in the years ahead – and all for the benefit of the Octopus, of course.

The more and more he dug, the more and more Casolaro found that the Octopus had played major roles in major, historic, world-altering events. The long list included the Cuban Missile Crisis of 1962 – which came very close to seeing civilization come to end in a fiery, nuclear inferno. Watergate, that led to the resignation of President Richard M. Nixon, was an Octopus operation, Casolaro was told by shadowy sources – or, at least, they played significant roles in helping to leak data that would be damaging to the disgraced president. The December 1988 destruction of a Boeing 747 Jumbo jet over the town of Lockerbie, Scotland was also said to have been the dirty work of the Octopus. If that was not enough, the Octopus also had a significant input into what was afoot at the world’s most well-known, secret base: Area 51: what else? On the Area 51 angle, things got even more controversial. Casolaro was told that a secret group, known as Majestic 12, oversaw at Area 51 the wreckage and alien bodies said to have been found in New Mexico in the summer of 1947 – the legendary Roswell affair, of course. For the record, the Majestic 12 issue has been an integral one to the field of Ufology for decades. For some UFO investigators, Majestic 12 is the real deal. For others, though (including me), it’s nothing but government disinformation designed to confuse the Roswell incident even further. Probably Russian disinformation. 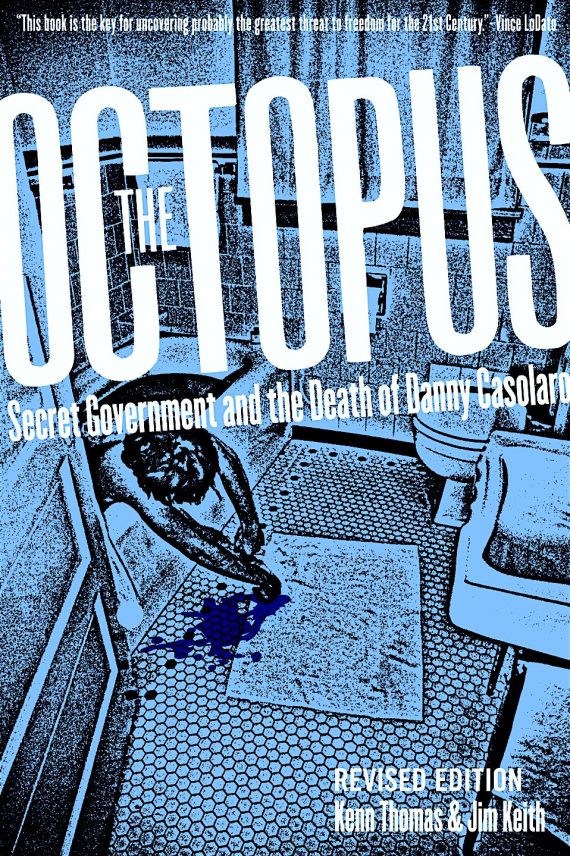 Casolaro did not live to see the truth of the Octopus unveiled – by himself, he hoped. The matter of his death in August 1991 ensured that. While Casolaro’s death could have been due to suicide – certainly, that’s what it looked like – there were solid and valid reasons to suggest that his death was due to something very different. At the time of his passing, Casolaro was certainly not in a state of woe or depression. It was the exact opposite: he was energized by new leads, and new revelations, in his quest to find the truth of the Octopus, its activities, and its motivations. Barely twenty-four hours before he died, Casolaro met with one if his sources for information on the Octopus; a man named William Turner. By all accounts, for Casolaro the meeting was a profitable one. Other people at the hotel happened to have brief chats with Casolaro: none described him as appearing depressed, stressed or worried. That did not take away the fact, though, that the authorities went with the suicide conclusion. There were problems with that, too. One of the most glaring problems related to the matter of Casolaro’s slashed wrists. The gashes were very deep. Inflicting one such deep wound would not be a problem. It’s a little known fact, though, that severing the ulnar artery causes that same hand to, essentially, become useless – and quite like what it feels like to fall asleep on one’s arm: the blood is restricted and overwhelming numbness sets in. So, yes, Casolaro could have slashed one wrist to such a deep degree, but that same hand would largely be unable to inflict so much major damage to the other wrist.

It’s no surprise that, taking into consideration all of the controversy surrounding Casolaro’s life, investigations, and death, that other researchers began to look into his story. Two of those were Kenn Thomas and Jim Keith, who, in 1996, penned an excellent book on the whole affair titled The Octopus – a most apt title. In late 1999, things turned ominous. Keith found that his computer had been hacked into and that someone was reading his every written word. Just a few days later, Keith died in hospital – and under circumstances that still provoke debate in those realms where conspiracy-theorists get together.

Second Record-Breaking Asteroid Zipped By Earth on Friday The 13th