Over the past week I've shown how significant people in Ufology have altered their beliefs in relation to what lies at the heart of the UFO phenomenon. And, still on that path, here's the strange and intriguing story of a man who went from government agents to the occult. March 31, 2016 was the day on which a legendary Ufologist, Trevor James Constable, passed away. The guy behind the Men in Black mystery, Albert Bender, died just forty-eight hours earlier. It so transpires that Constable had a deep interest in the Bender/MIB affair. Constable's interest in the MIB began when, in the early 1950s, he heard of how Bender had been threatened by a trio of MIB who warned Bender off the UFO subject. The threat worked. At least, for a while. Constable, at the time, was of the opinion that the MIB were agents of the U.S. government. That opinion had changed by the early 1960s. Indeed, by 1962 Constable was on a very different path. How do I know this? Because back in 1962 UFO writer Gray Barker published a follow-up, and far less known, title to Albert Bender’s book, Flying Saucers and the Three Men. It went by the title of Bender Mystery Confirmed. It was, basically, a 100-page collection of letters from readers of Bender’s book who wanted to offer their thoughts and theories on its contents. One of those people was Trevor James Constable. The author of They Live in the Sky, and someone who believed that at least some UFOs are living, jellyfish-like creatures, Constable wrote the following letter to Gray Barker, which the latter duly published in Bender Mystery Confirmed. As you'll see, Constable had, by then, left the assumed extraterrestrial angle behind him. In a letter to UFO author/publisher Gray Barker, Constable wrote: 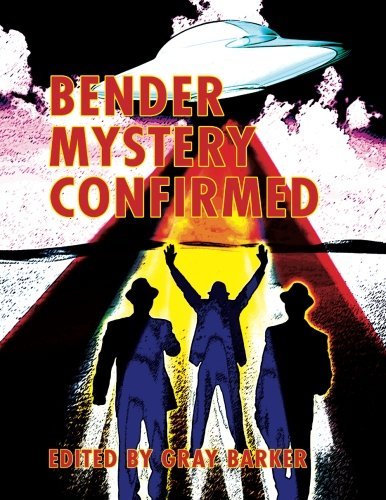 "Dear Gray, It is difficult indeed for me, as an occultist [yes, his views had changed noticeably by then] lwith some firsthand experience of this field of UFOs, to sort out Bender's journeys back and forth across the threshold line between the physical and the astral. A biometric examination of Al Bender would probably indicate similar things to what it revealed about certain other researchers - total inability to distinguish between events on two planes of reality. Bender’s honesty I do not for a moment doubt. His discrimination I would deem non-existent. It seems almost incredible that the man could relate the full story of the construction of his chamber of horrors in the attic in the way Bender has. This is what convinces me of his honesty. Nothing could be more logical, in an occult way, than that the invisible entities he invited by the preparation of this locale, should indeed manifest to him, and thereafter proceed to obsess him for a protracted period, using hypnotic techniques that brought the man completely under their control."

Constable continued: "As to the nature of the entities involved, it seems that my writings about the 'imperceptible physical' as source of many space ships, or so-called space ships, are only too close to the truth. Indeed, if Bender’s experience has any value, I’d like to suggest that it certainly illuminates a re-reading of They Live in the Sky! I don’t believe I know of any case quite like Bender’s, where a man seemingly oblivious to the reality and laws of the occult, brought upon himself the energetic attention of aggressive occult forces. Certainly, the man can thank some kind of Divine intervention for the preservation of his sanity - if everything he writes is true. Assuming that Bender has been truthful and honest, I would say that the lesson if his experiences is this. For the understanding of the UFOs and all the bewildering phenomena connected in this field, a working knowledge of occult science is indispensable. This lesson, driven home in innumerable ways since saucers came to mankind, is given new force with the Bender book. But few there will be who will heed it." 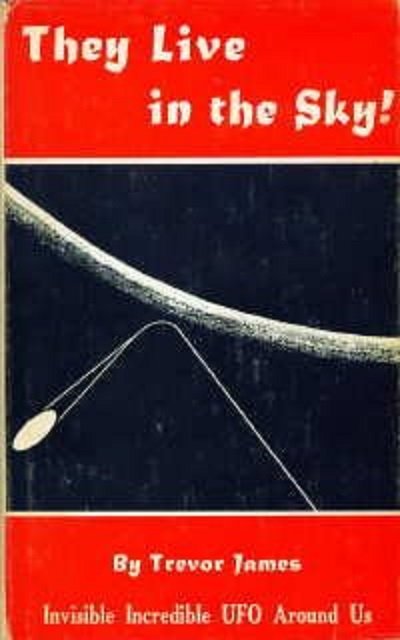 Constable had much more to say: "It does not surprise me to learn of the various manifestations you report – in fact, an occultist would be surprised if they did not occur. The psychic lady in Cleveland undoubtedly provides enough prana ['prana' being a Sanskrit word meaning 'life-force'], voluntarily or involuntarily, to permit the near manifestations of low grade entities drawn to her aura by her concentration on the book. The odor of drains and these occurrences in the toilet are old hat to occult students. It might give you pause to wonder just what you are setting on foot for some people, and undoubtedly drawing to yourself. Not for the sake of money did I suggest that you leave this kind of thing behind! The impulse to burn the book is mighty interesting. This impulse springs from the best kind of intuition. When the Fire Gods come, everyone else in the unseen departs. It’s as simple as that, so the lady in question would have been well advised to consume the book in fire, as her intuition so rightly prompted her. The lady who returned the book was also wise, if she felt that way. Send it back to its source – a sound occult system of personal defense, if no higher knowledge is at the individual’s disposal."

What Constable was talking about here – with regard to one reader burning her copy of Albert Bender’s Flying Saucers and the Three Men and another one who felt so unclean and infected after handling the book that she felt the need to mail it back to Barker – were other people who had written to Gray Barker and whose accounts Barker privately shared with Constable. By this time, for Constable, the MIB had no connection to the U.S. government. Or, to any government on Earth.