Next month marks the 40th anniversary of the release of one of my favorite movies: Altered States. I still remember when me and a bunch of my mates went to the local cinema to see the movie, but were all denied entry for just being 14-15 years of age. As a result, I had to wait a significant while. But, it was worth it.  A 1980 movie based on Paddy Chayefsky’s novel of the same name, Altered States brought to the fore the acting skills of William Hurt, who took on the lead role of Dr. Edward Jessup. Hurt’s solid, believable performance is added to by the fact that not only was he the star, but it was also his very first cinematic appearance. The film also stars Blair Brown (who appeared in, among many other titles, a 1973, television version of Bram Stoker’s Dracula) and Bob Balaban, who had a leading role in 1977’s Close Encounters of the Third Kind. And, in one of those "blink and you’ll miss it" roles, a very young Drew Barrymore pops up. The story-line of Altered States is an engaging and strange one. Hurt’s character - the aforementioned Dr. Jessup – is a university professor who, although his primary area of expertise is schizophrenia, has a fascination for the subject of altered states of mind, hence the title of the movie. And we are talking about extremely altered states of mind.

As well as starting a relationship with, and ultimately marrying, Brown’s character of Emily, Jessup begins to spend more and more time addressing the ways and means by which so-called isolation tanks – sensory-deprivation environments, for wont of a different term – can open the human mind to profoundly unusual experiences. During the course of his research, Jessup and a colleague travel to Mexico, where, having gained the trust of a local tribe in the mountains, he takes part in a ritual involving the ingestion of Amanita muscaria, a psychoactive mushroom that can have radical effects on the human mind, and which has been a staple part of ancient ceremonies since time immemorial, particularly those of a shamanic nature. After having ingested a spoonful of a soup-like cocktail derived from the mushroom, Jessup experiences a series of spectacular and traumatic visions that radically alter his mindset and lead him to believe that the answers to the origins of life can be found by placing the mind into a profoundly skewed state. Despite warnings from Emily, and also from his friends and colleagues, Jessup decides to take things a step further. As well as taking his mushroom-derived trips, he spends more and more time in the university’s isolation tank. And that’s where things go very wrong.

At first, Jessup has incredible visions of the earliest humans – proto-apes – roaming the ancient landscape of the earth an untold number of millions of years ago. As Jessup ups the ante even further, something terrifying happens: not only does his mind regress to the distant past, but his body does likewise. Jessup’s body spontaneously mutates: his throat transforms into the throat of something akin to a gorilla – which temporarily prevents him from speaking. His hands and feet take on ape-like appearances. His forehead becomes prominent and primitive-looking. Fortunately, the mutations do not last and Jessup returns to his original self; at least, for a while. As Jessup continues to go where no one has gone before – and, arguably, never should go – he transforms into nothing less than an approximately five-feet-tall ape-man. In his savage state, Jessup breaks out of the tank, and races wildly around the university late at night, attacking two staff members, and finally ending his violent spree in a local zoo. Altered States continues with Jessup struggling to retain his humanity (both mentally and physically) and keep the ape-man at bay, and it does so in a fashion that leads to a satisfying conclusion. 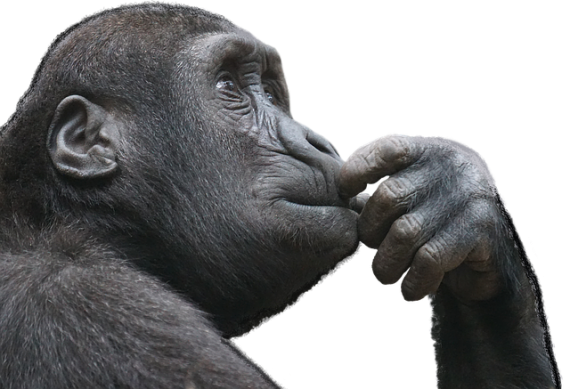 Somewhere in the attic of my apartment there's a DVD copy of Altered States. Next month I'll be digging it out (if I can find it!) and watching it for the first time in a very long time. I'm sure it will still be as absorbing today as it was way back when. Check it out if you already haven't!

The Bizarre Case of a UFO Attack in the Everglades