An Alien Abduction and Auto Tune-Up, What a Deal!

Every so often it appears that whatever alien entities are out there seem to come down to abduct human beings, often leaving some very weird stories behind. Some of these are truly bizarre, and here we look at one such case from the wilds of South Africa. On August 21 1972, a Peter and Frances MacNorman were on a trip from Sailsbury, Rhodesia, in what is now Zimbabwe, on their way to a place called Beit Bridge, lying along the border with South Africa. The drive was going fairly normally at first, but the night was about to get very strange, beginning with the appearance of a strange entity. As they drove along with the dark landscape passing by and the hypnotic lane lines flickering through the light of their headlights, Peter saw something else bloom into the light, which looked like a small, thin person with an oversized head, although he had the impression that it was not human. Whatever it was then vanished into thin air, leaving Peter baffled as to what had he just seen. The odd sighting would still be playing through his mind when some time later things would get more bizarre still, and here we get into what is one of the oddest alien abduction accounts in South Africa. 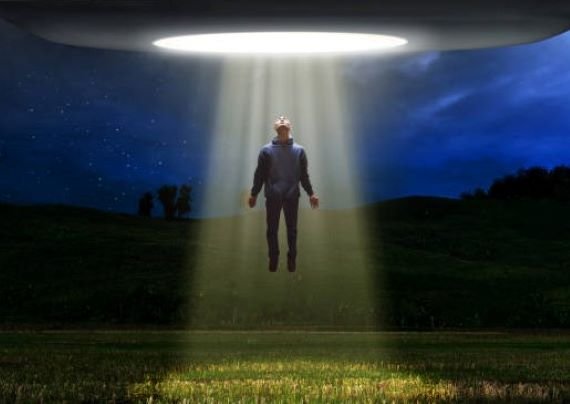 At some point, Frances was staring out the window into the murk beyond and noticed that there seemed to be a light out over the bush that was keeping pace with them. She told her husband and he saw it too, although what it was they could not determine. It was definitely not another car, and this became more apparent as it closed the distance and continued following them. As they wondered what the strange object could be, the car headlights suddenly began to fade, their light withering to leave the road ahead gloomy and illuminated solely by that mysterious light. The radio still worked, as did the interior lights, yet the headlights would not come back on, leaving the road ahead very indistinct. The couple then realized that it was absolutely freezing in the car, their breath casting plumes of mist in the cold, and as Peter tinkered with the headlight switch some more he was shocked to suddenly become aware that they were careening through the murky night at a speed of over 90 miles an hour.

Peter then pumped the brakes, but nothing happened, and the steering wheel also would not respond. It was as if the car was no longer under his control, which was quite frightening considering the dangerous speeds they were barreling along on a winding road without headlights. As all this was happening, that anomalous light continued to tail them with inscrutable intent. It was only as they approached the town of Port Victoria that Peter regained control of the car, and the frightened couple pulled into a service station. They noted that it was now 4:30 AM in the morning, filled their car with gas, and continued their journey into the weird.

As they drove along this road on a route they had taken many times before, they noticed that something wasn’t quite right. The road from Fort Victoria to Beit Bridge was normally quite curved and winding, but they noticed that not only was it now completely straight, but the landscape itself seemed to have changed. Rather than the usual scrubland there was in its place an expanse of high grasses and swampland that was completely unfamiliar to them. It was all odd enough that at first they thought they must be lost, but then they noticed that they were approaching the South African border and that the landscape had one again become what they were used to. Even odder than this was that although the whole episode had seemed to take less than half an hour, nearly 2 hours had passed, with neither of them having any recollection of this missing time. Even weirder still was that the instrument panel told them that they still had a full tank of gas, and when they finally got to the border they were surprised to find that their car had four brand new tires on it. How had this happened? 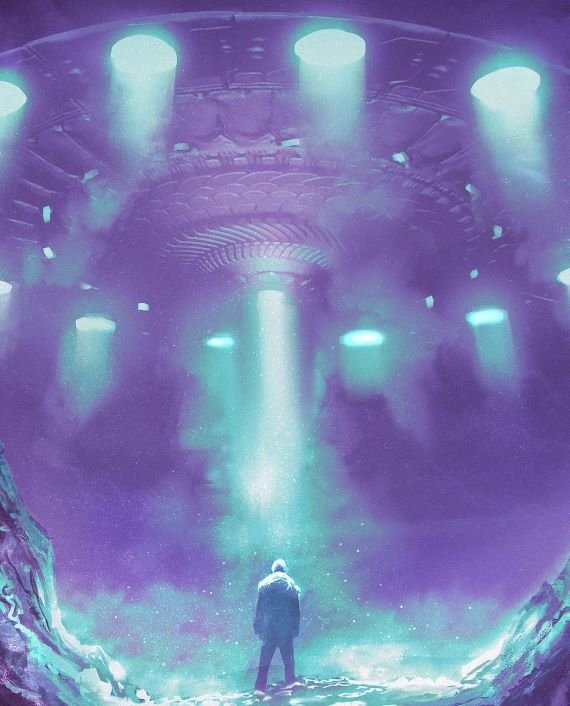 In an effort to find answers, Peter would undergo hypnotic regression to try and unearth any buried memories of that missing time. It would turn out to be even weirder than he had expected. According to him, during the missing time a humanoid entity very similar to the one he had fleetingly seen on the side of the road had suddenly materialized in the back seat of their car, after which a beam of light had washed over them and the entire vehicle began to rise into the air. They would apparently fly up into a large UFO, and Peter was subsequently ushered off to what he called a “sickbay,” where he saw his wife and several other people in some sort of suspended animation. The aliens then gave him a medical examination and brought him to a hangar, where he saw his car parked between two flying saucers, with the hood up and four aliens tuning up the engine and fitting it with new tires. That was pretty nice of them! It would turn out that Peter’s wife would never be able to remember what had happened to her or why she had been in that frozen, dazed state aboard that ship.

This completely outlandish story was originally published in John Spencer’s book “World Atlas of UFOs,” and it is hard to know what to think of it all. There is very little that can be found to corroborate this oddball tale and much of it is so weird and orbited with questions that it is difficult to know where to even start. Why did they lose control of their car on that lonely road? What was that light that was following them? Even more pressing is what was that strange landscape they were in and why was the normally twisting road straight at that time? Why would these aliens want to abduct them, and more importantly why did they tune the car up, give it new tires, and presumably an oil change while they were at it? Who knows? Whatever you may think of this strange series of events, it is all certainly odd, and one can do worse than to find mysterious alien abductors willing to carry out auto maintenance and new tires.