In recent weeks, two very interesting and mysterious sonar images were taken in the waters of Loch Ness that may have been the elusive monster. Both sightings were captured by Cruise Loch Ness that is run by Ronald Mackenzie.

The first sonar image was captured on September 30th when Mackenzie took some passengers out on the water. The sonar revealed something unexplained that was between 15-20 feet in length at a depth of about 558 feet and remained there while the boat passed over it (approximately ten seconds). It was even described as being the “most compelling” evidence yet of the Loch Ness Monster.

The second sonar image was taken on October 11th at a depth just above the 607-foot bottom. Interestingly, it was captured just one mile away from where the first image was recorded. Many people are excited and optimistic over these two sonar sightings, as Nessie expert Steve Feltham stated, “These latest images help put together the most compelling case for a big creature swimming around Loch Ness.” “All the contacts are near the bottom or in the first 100ft up. It is a game changer – the first indisputable sighting of something very big and unexplained that’s in there.”

And apparently these sonar sightings have been happening for a while as another image has emerged but what’s so strange about it is that it was taken five years ago in 2015. The sonar image, which was captured on the Jacobite Queen by retired skipper Rod Michie, shows an unexplained shape approximately 600 feet below the surface of the water.

So, why did it take Michie five years to come forward with his image? “I used to see surprising things visually or by sonar, but every time there was a logical explanation,” he said, “But this contact was different. It really is unexplained. I passed over this point many times later but never saw anything again.” 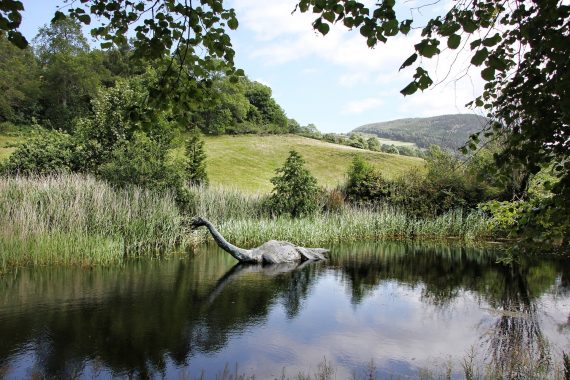 He went on to say, “I also know Ronald Mackenzie well and he is a genuine guy. There is something unexplained down there. My guess is that it is [a] big eel - 20 to 30 ft long.” “I saw things over the years that I did not want to make a lot of for fear of ridicule, but this sighting in 2015 was very similar to Ronald's.”

The sonar image that Michie captured back in 2015 can be seen here.

In addition to the sonar images, there have been several other alleged sightings in 2020 of the elusive monster and were caught either on camera or by video. They can be seen on The Official Loch Ness Monster Sightings Register website.