Over the years (decades, in fact) a number of people have come forward claiming that alien technology, alien bodies, and even live ETs, are secretly held out at Area 51 - and maybe even deep underground the facility itself. The most well-known such figure is Bob Lazar. He scarcely needs an introduction. Also, there is Charles Hall. He claims knowledge of one particular type of alien at Area 51 that have become known as the "Tall Whites." As their title makes clear, in appearance they are far removed from the dwarfish Greys. According to Hall, back in 1964 he was working at Nellis Air Force Base, a facility inextricably tied to Area 51 and its secret programs of numerous kinds. There is absolutely no doubt at all that Area 51 would not have attained the high degree of mystique and mystery that it has without the input of the aforementioned Bob Lazar. He, more than anyone else, thrust both the base and the name solidly into the public domain. It should be noted, though, there were others who knew something of the tales of aliens at Area 51, and that have added to the claims of Lazar.

One of those people, said George Knapp - a highly-respected, long-time journalist in Las Vegas, Nevada - was a man named Roy Byrum; he provided tax-based services to some of the employees at Area 51 from 1976 to 1979. Several of Byrum’s clients quietly told him what they knew of the alien craft held at Area 51, and of how massive funding for the UFO programs was being siphoned from other government programs, as a means to hide the paper-trail and the money. After sharing this information with journalist George Knapp, Byrum was leaned on by government agents who paid him a less than friendly visit. 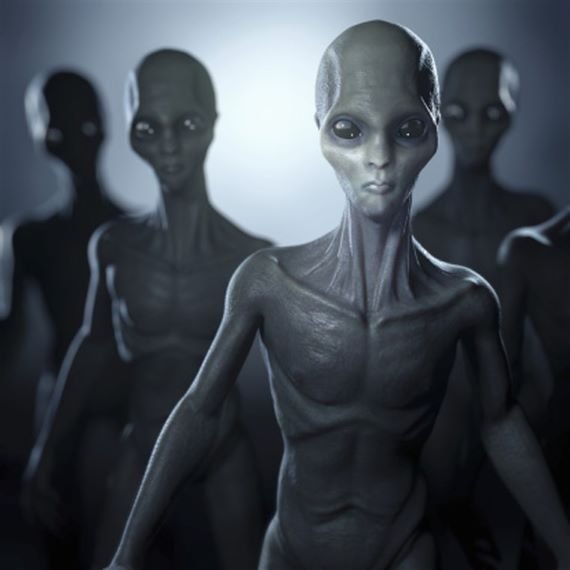 Also in the 1970s, several employees of a company called Holmes & Narver Corporation revealed certain data on Area 51’s alien angle, said George Knapp. It’s a company that provides engineering and construction services. One of the sources – and a former employee of Holmes & Narver - was a woman who worked in the Clark County court system and who was ready to speak with journalist George Knapp. That was quickly nixed, though, when the woman’s life was threatened. As was that of her family. Also pre-Lazar, there is the story of Doug Schroeder, an electrical engineer who confided in Las Vegas TV producer Bob Patrick about what he was told was going on at Area 51. Namely, the reverse-engineering of alien craft and extraterrestrial technologies. Although, Schroeder stressed that, in terms of actually flying the craft, not a great deal at all had been achieved. George Knapp noted that in 1991 Schroeder "died in somewhat mysterious circumstances."

You may buy into the stories of aliens (dead or alive) out at Area 51. Or, you just might suspect the stories could have been concocted by U.S. Intelligence to try and freak the Soviets - during the Cold War - into thinking that we really do have extraterrestrial technology, when we actually don't. It's interesting to note that the tales concerning Byrum and Schroeder both dated from the 1970s. That was the very same time-frame when the CIA - and other U.S. agencies, too - were concerned that certain American ufologists were being groomed for secret work by none other than the KGB. Let's take a closer look at all of this. In the 1990s, Gerald K. Haines – in his position as the historian of the National Reconnaissance Office - wrote a paper titled "CIA’s Role in the Study of UFOs, 1947-90." It’s now in the public domain, thanks to the provisions of the Freedom of Information Act. It can be read at the CIA’s website. Haines’ paper detailed the history of how, and why, the CIA became interested and involved in the phenomenon of UFOs. Although Haines' study covered a period of more than forty years, I will bring your attention to one particular section of his paper. It's focused on the 1970s.

Haines wrote that CIA officials "...looked at the UFO problem to determine what UFO sightings might tell them about Soviet progress in rockets and missiles and reviewed its counterintelligence aspects."  The Soviets, then, in the 1970s, were camouflaging their secret rocket tests by spreading false and fantastic tales of UFOs. Haines also noted something that is absolutely key to this article: "Agency analysts from the Life Science Division of OSI [Office of Scientific Intelligence] and OSWR [Office of Scientific and Weapons Research] officially devoted a small amount of their time to issues relating to UFOs. These included counterintelligence concerns that the Soviets and the KGB were using U.S. citizens and UFO groups to obtain information on sensitive U.S. weapons development programs (such as the Stealth aircraft), the vulnerability of the U.S. air-defense network to penetration by foreign missiles mimicking UFOs, and evidence of Soviet advanced technology associated with UFO sightings [italics mine]." 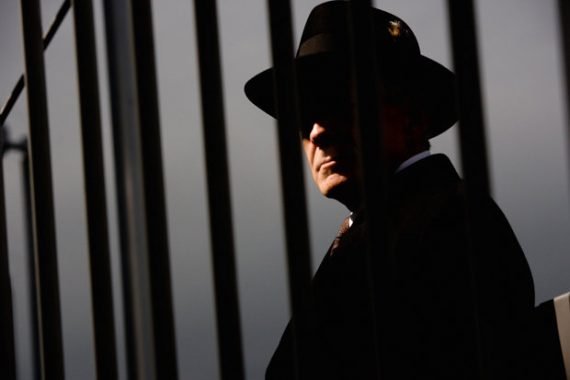 What all of this tells us is that U.S. counterintelligence programs, Russian plots, and certain American Ufologists tied to KGB operations in the 1970s, were swirling around everywhere. Could it be that some (or all) of the 1970s-era stories concerning aliens at Area 51 - that I described above - were carefully seeded by U.S. Intelligence to (a) spread the "aliens at Area 51" scenario; (b) scare the Russians into thinking we have extraterrestrial technology; and (c) maybe, as a result, snare a couple of men from overseas named Ivan and Dimitri? ? Very possibly, yes.

Finally, if you want to learn more about the pre-Lazar accounts and cases that George Knapp secured, get a copy of George's excellent paper, "Area 51, Bob Lazar, and Disinformation." You can find it in the MUFON Symposium Proceedings of 1993.

Dinosaurs May Have Been Thriving Prior to Their Extinction