Conspiracies, Spies, Aliens, and the Mysterious Death of Jeffrey Lash

On July 17, 2015, a gruesome discovery was made in the Pacific Palisades region of Los Angeles, when police opened up a parked SUV to find a heavily decomposed body that was estimated to have been there for two weeks. It was soon found that the body belonged to a 60-year-old Jeffrey Alan Lash, who just happened to live in a condo right next to where the vehicle was found. When authorities began looking into the man, things got very weird very fast. It was found that his rather modest condominium was packed floor to ceiling with an arsenal of 1,200 firearms, six and half tons of ammunition, explosive-making materials, and dangerous chemicals, which was all shocking enough that an actual bomb squad was called in to go through it all. There were also found bows and arrows, knives, an eclectic collection of cars including those which had been modified to be bulletproof and one that could even drive underwater like something out of a James Bond movie, and there was found around $230,000 in crisp bills just lying around the place. This all added to the vast amount of gear he had around, such as medieval broad swords, machetes, crossbows, Harry Potter books, laptops, DVD players, athletic gear, Gore-Tex jackets, cameras, combat gear, and shoes. The baffled police turned to Lash’s long-time partner and fiancée, Catherine Nebron, for answers, and it would quickly unravel into a morass of weirdness and unsolved mysteries that have never been satisfactorily answered, involving secret covert operations, spies, and aliens.

According to Nebron, Lash had always been a bit, shall we say, eccentric. He was very sensitive about her touching any of his stuff, refused to be photographed, and often called himself by different names to those they had just met. He also almost always dressed in black and was constantly paranoid that he was being watched or followed. One day, he apparently confided to Nebron that he was in fact an undercover spy with a top-secret government organization and that he was constantly being followed and surveilled. Then, a year before he was found dead, he had been diagnosed with late stage lung cancer, and he told her that this was the result of classified chemical weapons testing he had been involved with. Neighbors and friends would come out with similarly bizarre stories of Lash, and how he had claimed to be a spy, and there was even an employee of Nebron’s by the name of Dawn VadBunker, who claimed that Lash had told her that he was in fact part of a top-secret alien-hybrid program and that he himself was a hybrid. Her sister Laura would say that he was also turning Dawn into a hybrid, explaining:

Dawn mentioned he was turning her into a hybrid. She could tell her head was getting larger. She said, 'You know that [my ex-husband] wouldn't be able to see me if he drove by because I would be invisible.' What was the threat? I think it had to do with government to government on another planet. They didn't exactly explain it to me, but he was helping the government on top-secret operations on the computer all night and traveling to different solar systems and planets through the computer and chips. Bizarre.

It would later come out that Lash had several secret girlfriends, and all of them gave similarly bizarre accounts of Lash’s claims. Who was this guy? Laura VadBunker would even claim that there was a black helicopter that would follow them about when they were together, of which she says:

To tell you the truth, no matter where we traveled, there was always a blacked-out helicopter hovering overhead; that's one thing I can't explain. All the way to Santa Monica, all the way home. I said, 'Guys, what's with the helicopter?' They said nothing. I said, 'No, really.' That bothered me. I mean, what are the odds? No matter where I traveled with Dawn would be that damn black helicopter. I cannot explain that away. 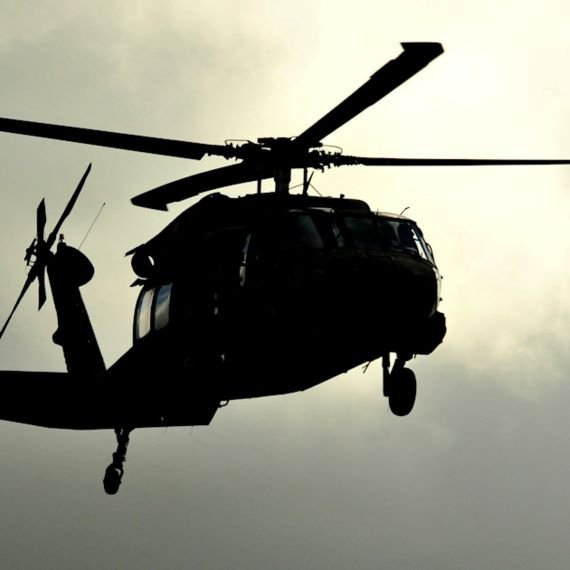 The circumstances surrounding his weird death would also prove to be complicated. One of the weirdest things was that police were tipped off to the body in the SUV by Nebron’s attorney rather than a concerned citizen. The reasoning behind this would come to light when Nebron explained the circumstances surrounding the death. According to her, she had been out with Lash and a friend when he had gone into some sort of seizure and fallen to the ground. When they offered emergency assistance he supposedly refused and wouldn’t even let them call 911, claiming that he was being targeted and they should leave him be, that someone would come to collect his body and they should get away. Indeed, according to Nebron, Lash had given her specific instructions in the past, saying that if such an occurrence every happened she was to leave him be, refrain from calling the police, and allow the agency he worked with to come collect him. It was for this reason that she did not call police when he collapsed, in accordance to his alleged wishes, and instead went on a trip to Oregon. It was only when she came back two weeks later to find his body putrefying in the vehicle that she contacted her lawyer. Unbelievably, she was never charged with any wrongdoing, and never approached for suspicions of foul play.

Other mysteries orbit the case as well. For instance, it was never established by the coroner just exactly how he died. Although it has been suggested it was likely from natural causes, this has never been officially verified and it remains unknown. Another oddity is that it is not known exactly just how he came into so much money. The weapons and vehicles found in his possession were estimated as being of considerable value, plus the condominium in such an upscale place, and there were also the hundreds of thousands of dollars of cash he had just lying around. Indeed, it was found that he had about $5 million in assets just sitting around. There is nothing in his history to suggest that he should have the funds to spend so lavishly, and he had lived a modest life in earlier years, so what gives? His family has stressed that they don’t know, as he had long ago cut off ties with them, and no one else can account for the wealth either. We are left to wonder, what happened to this man? Why did he have all of this stuff and why was he so well-armed? What were the reasons for his death and just what is going on here? It is a mystery that remains unresolved.

Jupiter’s Moon Europa May Glow In The Dark