Crop Circles: The Strange Things Seen and Found Within Them

For decades people have been fascinated by the Crop Circle phenomenon. There is, however, something equally as fascinating as the formations. It's the weird things that have been seen inside them. I'll begin with a relatively simple Crop Circle creation that was found, in the summer of 2006, adjacent to an old structure in central England: Chartley Castle. The BritainIrelandCastles.com website state of this particular construction: "Chartley Castle is located north of the village of Stowe-by-Chartley in Staffordshire (between Stafford and Uttoxeter). The motte and bailey castle is in ruins, but substantial remains stand including an unusual cylindrical keep, a curtain wall flanked by two D-shaped towers, a twin-towered gatehouse and an angled tower. The motte and bailey castle was built by one of the early Earls of Chester around 1100. It was rebuilt in 1220 by Ranulph de Blondeville, 4th Earl of Chester, and a curtain wall was added. It passed by marriage to William de Ferrers, Earl of Derby and remained in the Ferrers family until 1453, when it passed to Walter Devereux through his wife, Elizabeth Ferrers. Walter was killed at the Battle of Bosworth in 1485. The castle was then abandoned as a residence and Chartley Manor was built nearby." 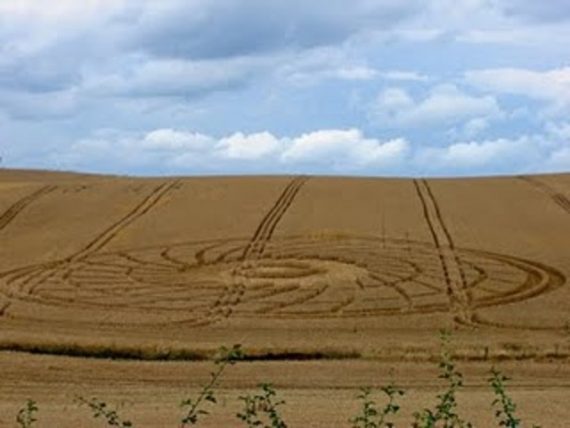 I was over in the U.K. at the time and had the opportunity to see the formation - and to get a few photos, too. Intriguing, however, is the fact that contained within the Crop Circle were a number of peacock feathers. They had been carefully placed in the center. Someone I spoke to claimed to know the answer to the riddle. Jane Adams is a devotee of Wicca and someone who I first met in a Wiltshire Crop Circle back in August 1997. She has an intriguing theory to account for the presence of those very out of place feathers. Jane is of the opinion that the presence of the feathers at Chartley Castle is evidence that "certain, dangerous people" (as she worded it) were guilty of creating the Circle and also of placing the feathers within it. She adds that the mysterious group use the peacock’s “Evil Eye” in what she describes as "black ceremonies." In the photo below, you can see me holding one of the feathers. Several other people had stopped their cars and took photos of the Circle, too. Like me, they took with them a memento: a feather, of course. 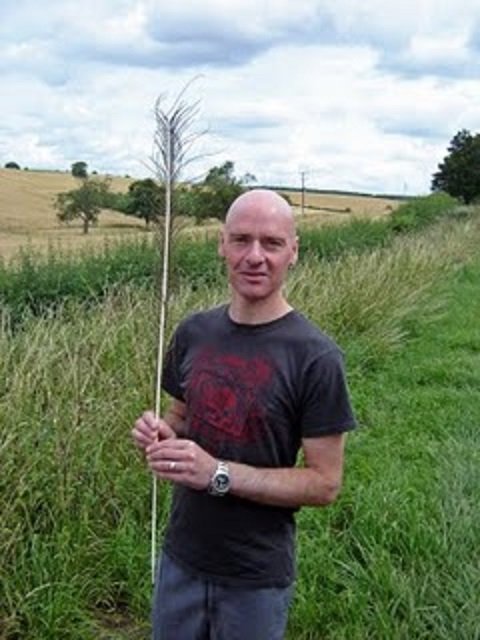 Now, let's move onto the controversial issue of "Alien Big Cats" in the U.K. In the summer of 2007, I spoke with Marcus Matthews, a researcher of mysterious big-cats in the U.K., who told me that he was then currently investigating a case involving a person who had seen a “huge black cat” sitting inside the confines of a Wiltshire Crop Circle. So, how do we define and explain such rogue reports as these? The answer, admittedly, and right now, is that we can’t. All I can say is this: if you ever find yourself deep in the heart of a huge Crop Circle, then keep a careful watch. There may be something dangerous keeping its eyes on you, getting ready to pounce. Still on the subject of strange creatures, check out the following: Circle-maker Matthew Williams is a veritable fountain of knowledge as it relates to tales of weird creatures that have been seen in, or at least in the direct vicinity of, complex Crop Circle formations. One such case is truly strange. Matthew advised me that the story in question concerned a man who had felt curiously compelled to drive late at night to a certain field in Wiltshire many years ago. 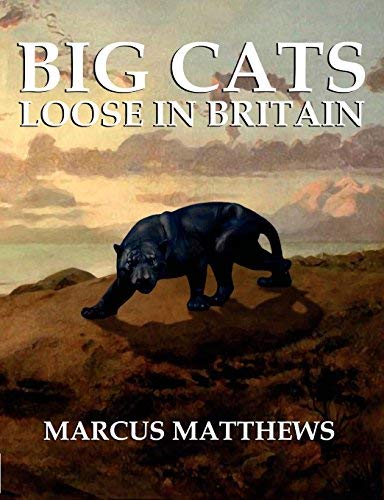 On doing so, the man parked his car and duly, and carefully, began his walk into the depths of the crop. Suddenly, out of nowhere, a large, black, human-like figure appeared in the air over the field. "It reminded me a little bit of the Mothman sightings when I heard this story," said Matthew, not without a high degree of justification. Matthew continued that the source of the story could only stand and stare in awe, while suddenly gaining the distinct impression that the hovering entity was the source of at least some of the Crop Circle formations that were appearing in Wiltshire. At that precise moment, a simple Crop Circle suddenly appeared on the ground immediately below the black figure – after which the creature vanished from the skies and the man was left utterly alone in the field, and with no real option other than to make his shocked way back to his vehicle and drive home, baffled and bewildered by both the weird, aerial entity and what it was that had directed him to the field.

Now, what about strange balls of light (also known as orbs)? Numerous such things have been seen flying (and hovering) over Crop Circles. Amazingly, several were seen back in the 1990s in a formation that Crop Circle maker Matthew Williams had himself made.  Matt told me: "There was one time, I'd rather not say when or where exactly, as I could get into trouble for admitting I trespassed on the farmer’s land and made the Crop Circle formation. Plus, I had a friend named Paul helping me with this one. We were making this circle when we noticed these three bright lights – small balls of lights coming towards the field. We watched them; we were fascinated. But they split up and each of them went to a corner of the field – and which only left one corner for us to leave by without getting too close to these things. That was a bit unsettling. We didn’t know what these balls were; so we raced out of the open corner of the field. We looked back as we ran and could see the balls heading towards us: gliding very gracefully just above the top of the crop. It was like they were on a railway track, just moving very smoothly, but it left us sort of disturbed too: like they were almost ghostly and alive." Maybe they were. 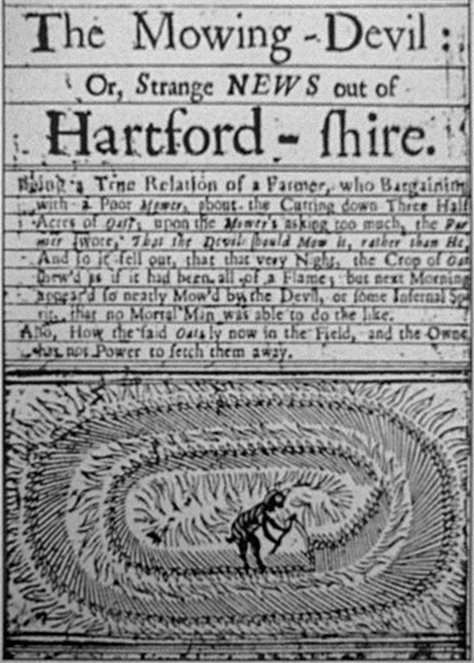 And, we'll close with what has become known as "the Mowing Devil." Mercurius Politicus say of this strange affair: "The Mowing-Devil is a quarto pamphlet printed in 1678. It tells the story of a farmer whose field of oats was destroyed by the devil, after the farmer rejected the price asked by a mower and said that the devil could mow it instead. The pamphlet is often prayed in aid by crop circle enthusiasts as an example of crop circles being a pre-modern phenomenon. The Wikipedia article on the pamphlet puts this forward as a possibility, as do a number of crop circle websites. One, Swirled News, has carried out lengthy research into the provenance of the pamphlet, examining a copy in the British Library and discovering that there are a number of subtly different modern recreations of the woodcut illustration. At a quick glance it certainly does bear a resemblance to a crop circle – it looks like there are concentric rings of crops being pressed down by the devil."

In light of all the above - and should you, one day, find yourself in a Crop Circle - it might be wise to not just admire the creation, but to have a good look at what might be inside it. You may be surprised.

A “Lost” Mass Extinction and a Million-Year Rain Storm