Followed, Photographed and Frightened by the Men in Black

Tim C is someone who very generously gave me permission to publish the details of his confrontation with the menacing Men in Black in England. Tim's is a case that is undeniably weird - as all of the MIB cases are - and that chilled him to the bone. With that said, I'm going to share with you the strange story. Tim began: "Dear Mr. Redfern, The reason I am writing to you is with regards to a strange experience I had back in 1997 when I was 17 years old. Whether you may be able to shed light on my experience I'm not sure, but I came across your name and 'real men in black' article on the web and felt that your expertise on the subject might lift a nagging uncertainty that I have had for fourteen years. Firstly I would like to say that I have not read your 'men in black' book as yet (I do intend to) but I do have an interest in the unexplained and have read many books on these subjects since I have had multiple strange experiences in my past and present. That being said, the experience I wish to convey to you has not been contaminated with any theories of others or my own."

Tim continued: "I am very open-minded but at the same time possess a healthy skepticism with any unexplained phenomena. However, I have not found any logical reason for what I am about to tell you (although there is always the possibility that there is one). The following account is complete truth and I have not embellished any part of it. All I hope is that you might have an explanation for what happened, be it strange or mundane, as I am uncertain as to whether this account depicts the behavior of the 'Men in Black?' At the time of the experience I was 17 years of age and was 'bunking off'’ from a college lecture to meet my then girlfriend later that afternoon. 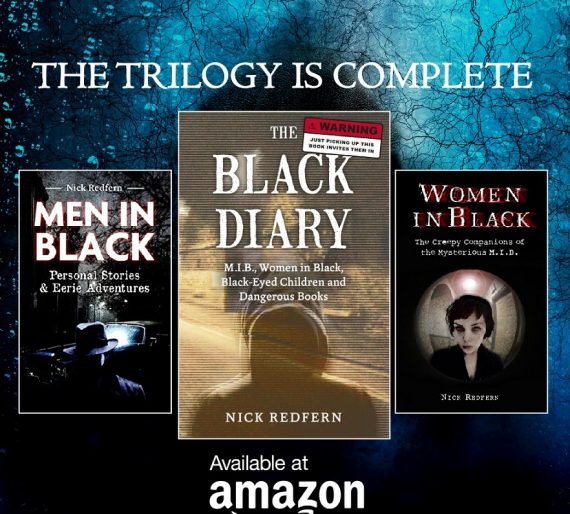 "My Account: I was walking from my college and into town to get a coffee to while away the hour until I caught the bus to my girlfriend. I was young and newly 'in love' and walking quite happily down the main street when I had a strange feeling that I was being followed. This feeling led to an instinct of looking behind me and as I did, a few feet away, I saw a couple of men close behind. As I looked they both emitted a 'blank' smile. Being young and - dare I say it - possibly naive, I had the thought that maybe they were from the college and following me because I bunked off. (On reading this whole account you will see that what happened is not the normal procedure any college would take.) After I witnessed this 'blank smile' I continued to walk at my normal pace down the long main street towards my destination. I was now wondering to myself if they smiled at me because I looked at them (the old 'you look at me so I look at you' scenario). I looked behind me a second time and again they offered, in unison, that same 'blank smile.' I also noticed their appearance and whilst they were not wearing black suits and black fedoras, they were wearing an attire that didn’t seem to fit in. Dark brown tweed suits with matching long overcoats and fedora-like hats. Without sounding clichéd (as I now know the usual nonconformity of these guys) they did appear to be from an earlier era than the '90's, to say the least."

Things got even stranger for Tim: "I decided to quicken my pace and noticed that their pace also quickened. Feeling a little paranoid I quickened my pace again; and again they also matched my speed. So now I’m almost speed walking towards the cafe to get my coffee. A third look behind me before I entered (the then) 'John Menzies' [a British store-chain] confirmed that they were still walking my way so I entered the store but waited inside a little for them to pass by. They didn’t, so I ventured into the street again but they had disappeared. I immediately assumed that they had turned off or entered another shop and put it down to myself as being a paranoid college bunker. I re-entered the store and proceeded to walk upstairs to the cafe area. It is worth mentioning here that whilst I chose this cafe for its quietness it did always bug me that the cafe attendants rarely gave you enough time to choose what you wanted without being quickly pestered into hurrying up with your order. (The reason for this note will become apparent soon). Having being quickly served at the counter, I found a place to sit at a table facing the cafe entrance and began to read a letter that my girlfriend had sent me (sickening I know).

"Anyway, a few moments later I looked up from the letter whilst taking a sip of my coffee and froze on the spot. The two distinguished gentlemen were a few feet away at the food counter staring at me blankly. After what seemed like an age of staring one of the men placed a large leather-like satchel that I had not noticed before on the floor. With the other man still looking at me, the other bent down, opened the satchel and pulled out a very large and old looking camera, complete with large round flash. He proceeded to point the camera directly at me and took my picture [Note from Nick: John Keel called this group of MIB as the "phantom photographers]. On doing so he placed the camera back in the satchel and both men turned and slowly walked away towards the stairs. 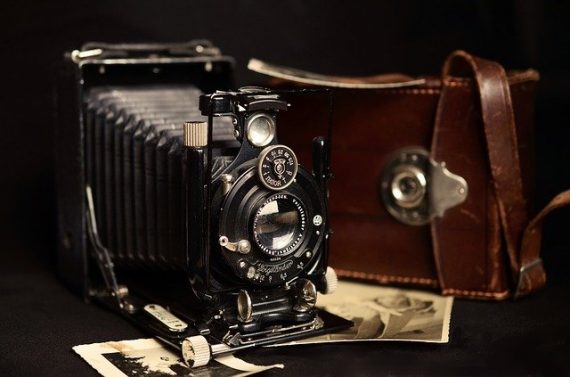 “Completely in shock and bemused as to what just happened I was still frozen in place trying to wonder what the hell had just happened. I quickly decided to follow them (the time taken for this decision, taking into consideration the casual speed at which they exited, I calculated that they would still be going down the stairs or at least at the bottom by the time I got to them) and literally ran down the stairs. There was no sign of them so I decided to go to the store exit first and looked outside but they weren’t anywhere to be seen. I then turned to look into the store again due to the fact that I might have missed them inside and that they would have had to pass me to leave. But again they were nowhere to be seen. One thing that was apparent to me was that whilst they were upstairs by the counter they were never attended to by the very needy cafe staff and believe me they used to pester you [Note from Nick: the MIB rarely eat, even when seen in restaurants and cafes. In fact, they don't seem to understand what food is]. To be honest, without sounding stupid it seemed like no-one could see them. I know how that sounds but all I can do is explain the account in the same way I experienced it."

Tim had still more to say, something that is hardly surprising: "As a 17 year old bunking off college I was hesitant to tell my mother of this experience (not because of the ludicrous way it would have sounded - she actually took that part in her stride as she has also experienced strange phenomena in her life), but because I thought I would have been grounded for bunking off. Least to say, when I did arrive home later that day I told her the exact same thing I told you now, including why I was not in college. The intrigue of my experience swayed the 'grounding' and to this day I have no logical reason as why something like that would happen to me. Obviously with my interest in all things weird becoming increasingly larger over time with other experiences and the ease as to which information about ourselves can be found out via the Internet, this aspect couldn’t have been the reason for this strange occurrence as I was rarely on the new Internet back then. Anyway, what happened that day is a mystery and there could be a mundane reason for it. But there are little things that bug me. Why did I feel I was being followed only to see that I was? Why did they seem out of place in both their clothes and their blank demeanor? Why take a picture of me at all, let alone with the most old-fashioned of cameras? And how did they disappear so quickly? Is this the type of behavior that you would deem to be of 'Men in Black' origin? I know that account sounded a little 'wacko' but I assure you I am of sound mind.

Tim concluded: "I simply have an experience that I have no answer for." Just about everyone who has encountered the MIB can surely relate to those words.