From Area 51 to the Skies: A Legendary Aircraft

A few days ago I wrote an article titled "From Flying Saucers to Secret Spy-Planes and Controversial Statistics." In part, the article revealed that at least some UFO encounters really amounted to mistaken sightings of the high-flying United States' U-2 spy-plane. It was something that military and CIA personnel were more than happy about. After all, if the U.S. government could hide its most secret aircraft behind a camouflage of wild UFO stories, then all the better. With that said, I thought I would share with you some more data on this legendary plane. As history has shown, most agencies of the U.S. government are extremely loathe to even mention the words "Area 51," never mind comment on the existence of the place. But, that's certainly not the case with the CIA – today, at least. Yes, there was a time – decades, even – when the Agency was in accord with other official bodies not to talk about Area 51. That has all changed now, and particularly so with regard to the issues of Area 51 and the history and development of the legendary U-2 spy-plane, which was secretly tested out of the famous base. In fact, the CIA has seen fit to place into the public domain a wealth of material prepared by CIA employees and for the benefit of the media, the public, and aviation historians. 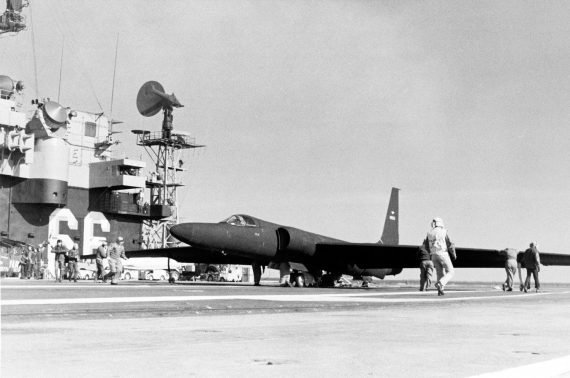 The CIA states: "On August 1, 1955, during a high-speed-taxi test in the first U-2, Lockheed's chief test pilot, Tony LeVier, inadvertently became airborne at a remote test site in the desert of western Nevada called the Nevada Test and Training Range at Groom Lake. You may know it as Area 51. LeVier who had conducted the first taxi-test a few days prior, accelerated the U-2 to 70 knots when he suddenly realized he was airborne, leaving him in 'utter amazement.'" In The CIA and Overhead Reconnaissance – the U-2 and OXCART Program, 1954-1974, a document written by CIA historians, LeVier later recalled: "I immediately started back toward the ground, but had difficulty determining my height because the lakebed had no markings to judge distance or height. I made contact with the ground in a left bank of approximately 10 degrees." The CIA notes that LeVier was "unable to land the U-2 on his first attempt, and it bounced back into the air, but he managed to successfully bring it down on a second try. Damage to the prototype U-2 was very minor. This test would later be considered the first unofficial flight of the U-2. LeVier piloted the U-2’s first official test flight a few days later on August 4th, and the first official flight with visiting dignitaries present was on August 8th." 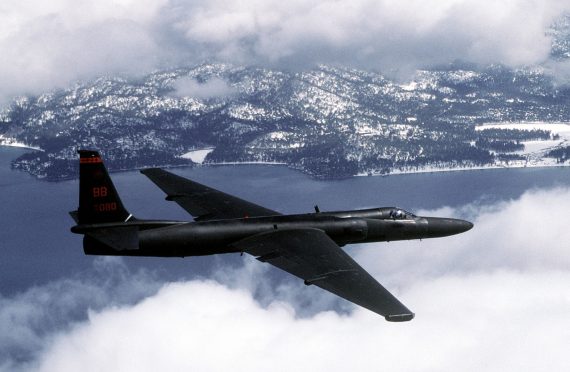 As further evidence of the way in which the CIA is opening up on the work undertaken at Area 51 (even though other agencies are not), the Agency now openly states: "Much of the testing took place at the facility at Groom Lake, a dry lakebed near Las Vegas, Nevada, in an isolated area that came to be known as Area 51 and Watertown. The area was chosen by top officials of the U-2’s Development Projects Staff who flew to Nevada in search of a site where the U-2 could be tested safely and secretly. They spotted what appeared to be an airstrip by a salt flat – Groom Lake – near the northeast corner of the Atomic Energy Commission’s (AEC) Nevada Proving Ground, which had been used during World War II as an aerial gunnery range for Army pilots. The site was perfect for testing the U-2 and training its pilots; however, upon further discovery, the U-2 Project Staff learned Groom Lake was not actually part of the AEC proving ground. They asked the AEC to add the Groom Lake strip to its real estate holdings in Nevada, to which the AEC readily agreed, and the deal was approved by President Eisenhower."

A legendary and incredible aircraft was well and truly born.