Get Ready for the Apocalypse With a Lipstick Gun, Poison Umbrella and Other KGB Weapons

Whatever you believe the apocalypse will be, whatever the cause, it will pay to be prepared. Fortunately, a group that spent its lifetime being prepared for any horrific occasion or enemy left behind a large collection of its secret weapons, and they can now be purchased for the low, low price of … well, what would you pay for a lipstick gun? How about a poison-tipped umbrella? Better check your credit because the bidding could be fierce.

“At the centerpiece of this special event is the entire collection from the KGB Espionage Museum in New York City. The auction will feature the world's largest collection of KGB-specific spy equipment and authentic KGB artifacts from the Cold War.”

Julien’s Auctions announced that the contents of the KGB Espionage Museum in New York City will be auctioned on February 13, 2021, at its headquarter in Beverly Hills and online. Sadly, the museum of artifacts that helped the USSR fight the Cold War couldn’t use them to defeat the coronavirus shutdown, and the museum closed permanently after less than two years in existence. The 3,500 items in the Manhattan museum were owned by Lithuanian collector Julius Urbaitis and run the gamut from secret weapons, to spy gear to artifacts from the major players in the Cold War. 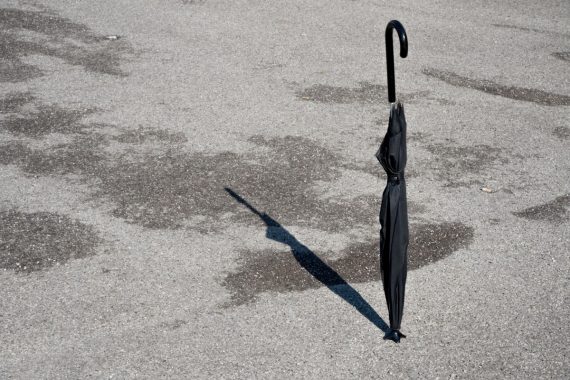 “Over 400 lots will be on offer such as clandestine operative cameras, counter-intelligence detectors, morse code machines, airplane radars, voice recorders and official government documents. Special highlights include a gun designed to look like a tube of lipstick, a secret hotel-room listening device or "bug" from 1964, a rare Soviet version of the Enigma code cipher machine known as the Fialka, a replica of the deadly syringe umbrella believed to have been used to carry out the assassination of Bulgarian author Georgie Markov, a vintage one-thousand-pound carved stone sculpture of Soviet leader Vladimir Lenin that stood in the headquarters of the KGB in Kaliningrad, a purse with a hidden camera and shutter apparatus, a machine used by border guards to detect people hiding in vehicles, a German WWII phone tap device, an original steel door from a former KGB prison hospital, a unique portable wire recording machine, and a vintage railroad "Infected Area" warning sign.”

Who wouldn’t want an “Infected Area” fake warning sign for their post-apocalyptic bunker, a KGB-strength steel door, listening devices and cameras to see, hear and record what’s going on outside, a Soviet Fialka code cipher machine for sending secret messages, and clandestine weapons in case someone breaks in? (Photos of some of the items can be seen here.) There’s also a spacesuit transporter from the U.S. space program’s Mobile Biological Isolation System that could be converted to hazmat suit use.

For those looking for more mundane historical items, the collection includes Che Guevara's high school report card, a signed 1958 letter from Fidel Castro discussing plans to infiltrate the capital city of Havana and a sword commemorating the Battle of San Juan Hill.

“There’s a lot of curiosity and fascination around espionage items right now, especially with the talk about Russian interference in the election.”

Martin Nolan, the executive director at Julien’s Auctions, told the New York Times he thinks the current world situation makes these decades-old artifacts interesting, and even useful, again. While he’s hoping everything will be sold to other museums and wealthy collectors, those interested in the KGB and all of its trappings can follow Julius Urbaitis back to Lithuania where he has another museum, the Atomic K.G.B. Bunker, located in a former nuclear fortification.

Before you bid, it pays to remember: if you’re planning to get away with using a secret lipstick gun, you probably should be wearing lipstick.