Haunted Cornwall Bridge Where the Devil May Possess You

There is a bridge in Cornwall, England, that is said to be so haunted that even the devil can possess you. In fact, it is considered to be one of the most haunted locations in the entire county.

Ghostly highwaymen, Victorian gentry, and Royalist soldiers, as well as a coach and horses are said to haunt the Devil’s Arch Bridge at Pencalenick. And if that isn’t creepy enough, legend has it that if you don’t hold your breath while walking underneath the bridge, the devil will take over your soul and drag you straight to hell.

The highwayman who haunts the road is particularly frightening as he allegedly dangled a noose from the top part of the bridge in order to hang coach drivers who drove by so that he could steal items from the passengers. Some people have seen the apparitions of horses with a coach as well as a man riding on horseback. Additionally, the ghostly sounds of galloping horses have been heard at the location.

A man and a woman wearing Victorian era clothing have been spotted there as well. The man is seen wearing a top hat and holding a cane while the woman is wearing a bonnet and dressed in white clothes. 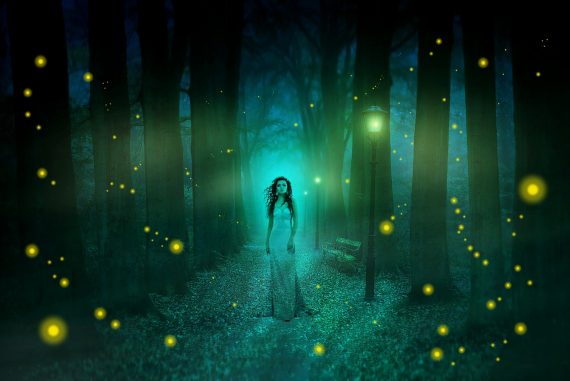 Royalist soldiers who fought during the English Civil War and who were hung from the bridge have also been seen on numerous occasions. Since the bridge is located between Truro and Tresillian, it was a pretty active spot during the war.

Back in the 1640s when Sir Thomas Fairfax, who was the commander of Cromwell’s New Model Army, sent a summons of surrender to Sir Ralph Hopton, who created the Cornish Royalist Army, they met at the Tresillian Bridge where the surrender happened.

Not far from the bridge stands a mysterious 35-foot monument that was created from granite and holds no inscriptions. It is pretty well hidden in the woods and not much is known about it. One theory on its origins is that it was built as a memorial to a well known stagecoach horse named Woodcock that died on the road between Truro and Tresillian. In fact, the site where the horse passed away was named Woodcock Corner. 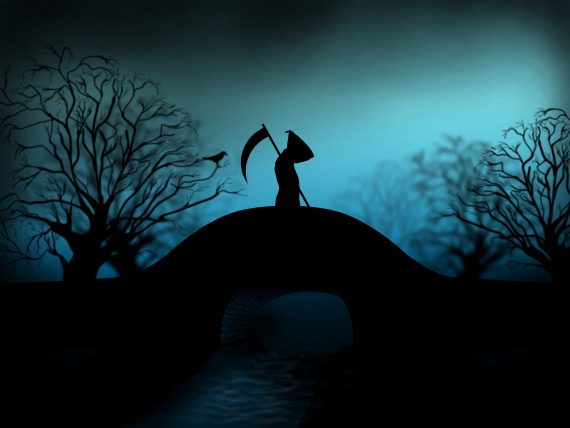 There is, however, another theory regarding the mysterious monument. According to the former Pencalenick owner Francis T. Williams, the monument was built by Mr. Vivian who survived a house fire by grabbing onto a mantelpiece that saved him from falling into an old mine shaft that was underneath his home. To memorialize his escape, he built the monument.

From a strange monument, to ghostly sightings, to even the devil possessing unsuspecting victims, the Devil’s Arch Bridge is certainly a creepy location.

Pictures of the bridge and the mysterious monument can be seen here.