One of the most popular movie franchises in history is the ‘Plant of the Ape’ series. The movies, novels, TV series and video games illustrate that it’s generally a bad thing when apes have human abilities and intelligence – no matter how they got them. And yet … scientists continue with all manners of experiments with monkeys and apes, with many of the more recent ones involving some sort of genetics. What appears to be the latest and possibly scariest took place earlier this year but is just now getting the apocalyptic news coverage it deserves. A group of international researchers spliced a brain gene unique to humans into the brain of a marmoset monkey. While the animal was said to have been euthanized, the results were worthy of another dsytopian ‘Planet of the Apes’ film.

“Along the path of human evolution, gene duplication and divergence produced a protein, ARHGAP11B, that is found in humans but not nonhuman primates or other mammals.”

“ARHGAP11B expression may be one cause of the more robust neocortex that characterizes the human brain.” 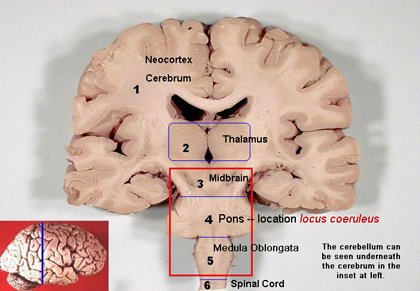 What better gene to splice into a money’s brain than the one which triggers brain stem cells to form more stem cells and build bigger brains? That, of course, is the gene selected by researchers at the Max Planck Institute of Molecular Cell Biology and Genetics (MPI-CBG) in Germany and the Central Institute for Experimental Animals (CIEA) and the Keio University in Japan. As described in their study, published in the journal Science, and a press release, explain that the human neocortex is about three times bigger than that of our closest relatives, the chimpanzees, and evolved into the familiar folds in order to cram itself in the human skull. The gene ARHGAP11B arose about five million years ago after the chimp and pre-human lines separated and was passed to the ancient humans that evolved into Neanderthals, Denisovans, and present-day humans. As it mutated, it evolved into the role of increasing brain stem cells.

“Such point mutations are not rare, but in the case of ARHGAP11B its advantages of forming a bigger brain seem to have immediately influenced human evolution.”

A gene that helped humans develop larger brains seems like the worst choice for splicing into monkeys, right? These researchers must have never seen a ‘Planet of the Apes’ movie, because they spliced ARHGAP11B into the brains of 101-day-old common marmoset fetuses (50 days before the normal birth date). And?

"We found indeed that the neocortex of the common marmoset brain was enlarged and the brain surface folded. Its cortical plate was also thicker than normal. Furthermore, we could see increased numbers of basal radial glia progenitors in the outer subventricular zone and increased numbers of upper-layer neurons, the neuron type that increases in primate evolution."

The monkey brains got bigger, just like human brains do on ARHGAP11B. As always, the scientists had a ‘noble cause’ to justify the experiment -- ARHGAP11B’s involvement in the part of the human genome associated with intellectual disability, schizophrenia, epilepsy and Parkinson’s could aid in understanding them, developing new therapies and possibly further the use of stem cells in treatment.

What if one of these big-brained monkeys escapes? Or what if they’re planning to grow superhumans with bigger brains?

Both good questions. Wieland Huttner of the Max Planck Institute of Molecular Cell Biology and one of the study’s authors, assures the fetuses were removed from the uterus of the mothers and not allow to reach full development. As far as superhumans are concerned, Huttner told The Smithsonian:

“You have to be very careful. If you do genetic manipulation in humans, you can only do it if it is to cure a disease where you have an abnormal mutation and you bring it back to the identified normal sequence. Only then. But to try to ‘improve’ humans, no way.”

"No way." Sounds like the perfect opening line for ‘Planet of the Big-Brained Marmosets’.