If someone asks you to name one good thing to come out of the worldwide coronavirus pandemic, you now have an answer – Japan’s dreaded Namahage monster has been shut down and won’t be eating any human children for the foreseeable future. Wait … what?

“In response to the spread of the new coronavirus infection, in Oga City, Akita Prefecture, where the traditional event "Namahage" is held every year, we decided to take measures such as preventing Namahage from entering the house depending on the area.”

As Japanese media reports and any Japanese child living on the Oga Peninsula will tell you, the Namahage is a legendary demonic ogre who travels in groups through towns on New Year’s Eve looking for disobedient children to eat. Resistance is futile because they’re armed with knives and growing up doesn’t help because they also look for newlyweds who are having issues during their first year of marriage. They can sometimes be bribed with rice cakes and sake but they take notes and come back the following year to see if the behavior has improved. If not, out come the knives and away got the screaming children.

If this sounds like the Bogeyman of many cultures, you’re right … although the Akita Prefecture has taken Namahage to higher levels. Instead of invisible bogeymen, local men don straw Namahage costumes (down to straw boots) and scary ogre masks, carry deba knives (Japanese kitchen knives which are already pretty scary) make of wood or papier-mâché, and go knocking on doors where adults actually allow them in to scare their kids into obedience for another year. The Namahage are literate – they carry Santa-like naughty-or-nice books where they take names and notes for future reference, and – although the Namahage higher-ups frown on it – accept bribes of rice cakes and sake (not necessarily in that order).

As with so many strange cultural myths, this one has a long history with hints of reality. The story goes back to the first century BCE Chinese Emperor Wu of Han who brought five demonic ogres to the Oga area and let them loose to steal crops and young women (not necessarily in that order). To get rid of the ogres, the locals bet they couldn’t build a flight of 1,000 stone in one night, with the wager being more young women if they succeeded and leaving town for good if they failed. Just as the ogres were about to win, a local pretended to be a rooster crowing and they were fooled into packing up and moving out. However, the legend stayed behind, evolving into a namahage who came after lazy people who sat around the fire all day (namahage loosely means cutting off the blisters and rashes from the fire’s heat -- hence the knives) to the child-scaring ritual of today. It’s such a big deal, UNESCO’s Intangible Cultural Heritage of Humanity listed it two years ago and there’s an Oga Namahage Rock Festival featuring heavy metal bands (what else?). 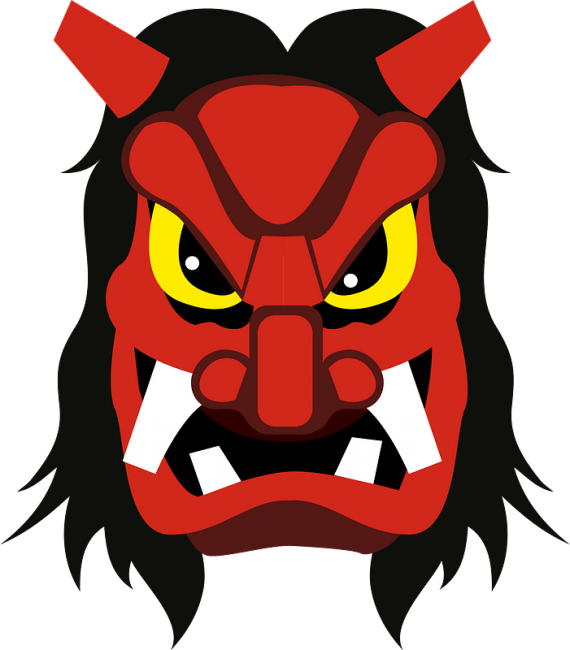 Except for this year.

“Of these, in the Kofukami area, due to the spread of the new coronavirus infection, we decided to implement Namahage after taking measures to prevent infection. Specifically, Namahage does not enter the house and does not eat alcohol or food served as hospitality. In addition, the namahage with a face only growls, and the people walking with him wear masks and say, "I don't have a bad boy."”

As expected, children are thrilled while the Namahage are disappointed, especially about the alcohol ban.

How Many Kinds Of “Mysterious Apes” Are Out There?