Being an albino in this world is a tough life – and that’s not just for humans. Animals with albinism or other forms of pigment problems are generally weaker and more prone to being preyed upon because they have a much harder time hiding. Being white has also made them mystical to many cultures, which should help to protect them but often does not. That’s the sad story from Timmins, in northern Ontario, where residents found a rare white 'spirit' moose slaughtered and dumped on a deserted road. Animal rights people are outraged, authorities are hunting for the poachers and local indigenous people are warning that the killers are facing a rash of bad luck or worse. 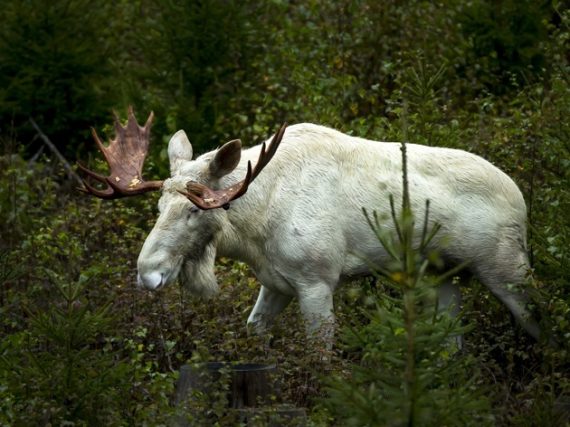 “It was a sign that he’s watching over us on the land. It was very special to me.”

Flying Post community member Troy Woodhouse told The Guardian about his first encounter with a spirit moose while fishing in the Groundhog River near the homestead of his grandfather. He recognized the significance of the white moose to his culture as a spiritual protector. Canadian native people see the moose as a symbol of endurance and strength, with the spirit moose having additional mystical powers, which some believe comes from the ‘spirit’ in spirit moose being the spirit of an ancestor.

“For us biologists, they have the same role as the traditional moose,” says Emilie Kissler, a scientist with the northeast region of the MNRF. “They eat the same thing. They use the landscape in a similar fashion.”

The white moose is no mystery to Emily Kissler, a biologist with Ontario’s Ministry of Natural Resources and Forestry (MNRF) – the white fur is due to a recessive gene and is so common due to inbreeding that there’s an area of Ontario called the White Moose Forest due to the large number of sightings there.

“We are not to harm them in any way, shape, or form, because they could be one of our ancestors coming to remind us of something significant that's going to happen within our communities.” 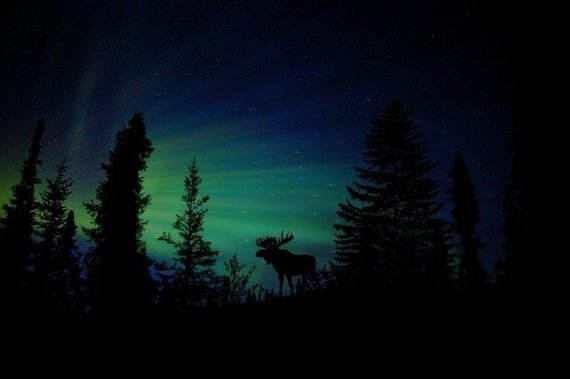 Despite the scientific explanation, Mi'kmaq community member Danny Paul believes otherwise, as does Jane Armstrong, who in 2005 convinced the Ministry of Natural Resources to pass legislation prohibiting the hunting of moose that are more 50 per cent white-colored in certain parts of northern Ontario, including Timmins, which brings us back to the recent killing of a female spirit moose there. A local company is offering an $8,000 reward for information on the poachers, and others are following suit. Meanwhile, native people warn that the sighting of a spirit moose can be a sign of bad things coming – in this case, for the killers.

This is why we can’t have nice things.

An Alien Abduction and Auto Tune-Up, What a Deal!