Man Claims He Met Robbie Williams on an Alien Spaceship

If you’re going to get abducted by space aliens, it’s nice to have a fellow human there to keep you company. It’s even better if the fellow human is a celebrity – maybe you’ll get star treatment too. And if it’s a huge celebrity – at least in your country – well, that’s the tale that a UFO researcher in England has decided to come forward with in a new book. The celebrity? Robbie Williams, the British pop star who himself has talked about his interest in UFOs and has had at least one encounter that he swears happened when he was clean and sober. Does he remember being abducted with Russ Kellett?

“I went through a tunnel and ended up in a room with tall, bald aliens. They had the looks of a human but were 10ft tall - that's not the norm, is it? There were some smaller ones and they all looked the same."

Kellett recently told Yorkshire Live about an abduction experience he had in 1999 – an experience he finally feels comfortable about revealing in interviews prior to the release of his book, “Through the Eye of an Alien.” Kellett claims he was riding his motorcycle near Druid's Altar in Bingley, West Yorkshire, at about 10 pm when he entered a tunnel … and came out on a spaceship. He claims he remembered being in a chair, having a tube down his throat and getting some sort of injection in his neck. Then it gets worse.

"A helmet went over my head. That's what I remember. Later on, I started remembering stuff." 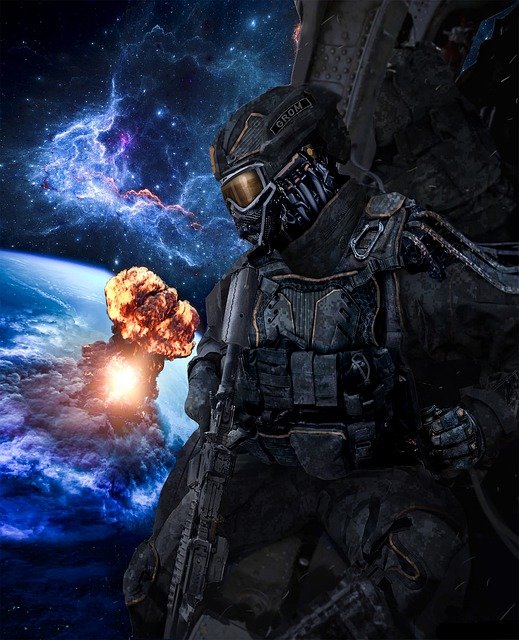 What he remembered happening next is being given weapons and sent out on some sort of military mission. Just as he started to panic, he claims he saw Robbie Williams behind him, also in uniform.

"I am in a military unit - on a mission. He (Williams) is behind me. We had helmets on. I was ready to go on a mission. I looked at him. He must have been 'leader one'. I said 'don't I know you from somewhere?' Robbie Will....?'. An alien then shouted 'get back in line'. You do not mess with these dudes. This is serious stuff, it is not a joke. It is called abduction.”

It’s also called ‘unbelievable’, as Kellett says he found out when attempting to retell his encounter at UFO conferences. That seems surprising since Kellett is known as “The UFO Guru and ET Motorcycle Rider” in the UK and has appeared on a number of paranormal shows. It’s also surprising that a publicity hound like Robbie Williams, especially one with a professed interest in UFOs, hasn’t told the story himself – unless he doesn’t remember it, is an alien himself or it didn’t happen. Williams claims he had a UFO hover over him while lounging outside at the swanky Beverly Hills Hotel in 2008. That one was 300 feet above him, but in 2018 he claimed to have seen another UFO that “if I got a tennis ball out I could have hit it with a tennis ball.”

Yorkshire Live doesn’t give any more information on Kellett’s abduction and alien/Robbie Williams encounter, so it looks like we’ll have to wait for his book to be finished and released. Or for Robbie to decide he wants some of that attention himself and comes forward with his own account. Either way, it’s a strange tale of abduction with a celebrity twist.

If abducted yourself, who would you want to see on the alien spaceship?

Strange Tales From the Most Haunted Road in Britain