Remote Viewing: From Russia to the United States and From the U.K. to Who Knows Where?

Just about anyone and everyone with an interest in the power of the human mind will know that throughout much of the 1970s the CIA spent a great deal of time using remote-viewers to psychically spying on our potential enemies. In case you aren't fully aware of the phenomenon, however, here's some background from Gaia: "Remote viewing is defined as the ability to acquire accurate information about a distant or non-local place, person or event without using your physical senses or any other obvious means. It’s associated with the idea of clairvoyance, seemingly being able to spontaneously know something without actually knowing how you got the information. It is also sometimes called 'anomalous cognition' or 'second sight.'"

But, what about the far less well-known similar programs of the U.S. Air Force and those of the U.K.'s Ministry of Defense, too? Let's take a look. In 1978, the Air Force’s Foreign Technology Division (FTD) at Wright-Patterson Air Force Base, Ohio, USA, prepared a document titled Paraphysics R&D – Warsaw Pact for the Defense Intelligence Agency. It provided up to date information on the way in which the then-Soviet Union was looking at utilizing ESP and psychic phenomena in the field of warfare. In its report to the DIA, the FTD defined "paraphysics” as "the investigation of unusual (paranormal) mental functioning."  One of the most fascinating mysteries investigated by the FTD that could conceivably have had vital and welcome Intelligence-related applications was, the DIA learned, reported at the Third International Psychotronics Conference by G. P. Krokhalev, a psychiatrist from Perm, Russia:

"His experiments involve attempts to have 'mental images' appear on photographic film," recorded the FTD, adding: "He claims to have recorded this effect under controlled conditions. As an example, a person who could visualize images well, even to the point of hallucinating, was able to specify the image beforehand that was later observed on the film. Although much of his work appears to be very non-professional, his later experiments with the apparent recording of mental imagery appear reasonably well controlled. However, no firm evaluation can be made of his experimental procedure or results at this time. Other researchers, such as L. Vilenskaya, have apparently observed some of Krokhalev’s experiments and judged them valid."

The FTD continued: "This form of apparent psychoenergetic-type process is not new to parapsychological researchers. Krokhalev's investigations appear similar to those reported in the US by Dr. J. Eisenbud, who is a psychiatrist at the University of Colorado Medical School. Dr. Eisenbud conducted extensive controlled investigations into the alleged ability of a subject, Ted Serios, who appeared to cause specific images to appear on films when under intense concentration. Eisenbud’s recent work appears to be valid but is subject to the same evaluation difficulty as most all investigations involving such phenomena.” The FTD concluded: "Since the early 1960’s, USSR researchers have expressed an interest in Eisenbud's work, along with all the other forms of apparent psychoenergetic processes. There has also been recent evidence of similar research, apparently with positive results, in a Japanese research laboratory." Now, let’s take a look at what the Brits have done in this field:

In 2007, the British Ministry of Defense admitted that between 2001 and 2002 it had undertaken a secret, 168-page study to determine if remote-viewing and psychic phenomena might prove to be valuable in terms of intelligence-gathering. The documentation, declassified as a result of a Freedom of Information Act request submitted to the MoD by British UFO researcher and author Timothy Good, was heavily blacked-out by MoD censors upon its release. According to Nick Pope, who investigated UFOs for the MoD between 1991 and 1994, this was because "...the MoD believes their release would compromise defence interests in relation to the working practices of the Defense Intelligence Staff."  Pope continues: “Other sections have been blacked out because the MoD judge that release would undermine international relations.  This is almost certainly a reference to the US, because the report draws heavily on American research and is likely to include details of liaison with the US intelligence community.” 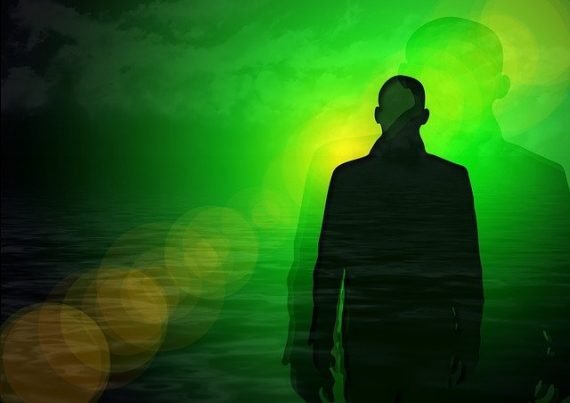 Pope adds: "The MoD’s remote viewing study was undertaken in 2001 and the report into this work was dated June 2002. Details of the distribution are not known, because the MoD has withheld this information, but only three copies of the report were ever made. Some of the work was carried out by a commercial company, presumably on a contract basis. Again, details of this company’s identity have been withheld by the MoD." Intriguingly, Pope says, "while some remote viewers are adjudged not to have accessed the target, some assessments stated that 'the subject may have accessed the target' or that the subject 'had accessed some of the features associated with the target.'"

All of the above provokes the near-inevitable question: how many more nations and agencies have been engaged in remote-viewing and that we don't know about?