Mysterious fast radio bursts are a big deal – no one is quite sure how they’re created, almost all of them come from outside of our galaxy, and their frequency varies from once to a few to a regular schedule. That’s why astronomers were especially excited about the first one to be discovered in the Milky Way, thrilled that it was relatively close to Earth and baffled by what appears to be its cause – a magnetar or dead star that’s still quite magnetic. NASA has been focusing on FRB200428 and its host magnetar, SGR J1935+2154, so with the announcement that the bursts are coming again – making it a repeater – NASA has formalized its exact location and passed out kudos to its space equipment and projects responsible for this.

“A NASA-funded project called Survey for Transient Astronomical Radio Emission 2 (STARE2) also detected the radio burst seen by CHIME. Consisting of a trio of detectors in California and Utah and operated by Caltech and NASA’s Jet Propulsion Laboratory in Southern California, STARE 2 is led by Bochenek, Shri Kulkarni at Caltech, and Konstantin Belov at JPL. They determined the burst’s energy was comparable to FRBs.”

Astronomers were aware of the existence of the magnetar located in the constellation Vulpecula and were monitoring it in April 2020 because of an unusual rapid-fire X-ray storm that “raged for hours” – long enough for it to be observed by Swift, NASA’s Fermi Gamma-ray Space Telescope, and NASA’s Neutron star Interior Composition Explorer (NICER) X-ray telescope on the International Space Station. After it past out of the view of these telescopes, a brief radio burst, lasting only a thousandth of a second was detected by CHIME (Canadian Hydrogen Intensity Mapping Experiment) and STARE2. Further research linked the FRB to the magnetar, making this the first proof that these strange dead magnetic stars can create FRBs and worthy of two papers in the current edition of the journal Nature. 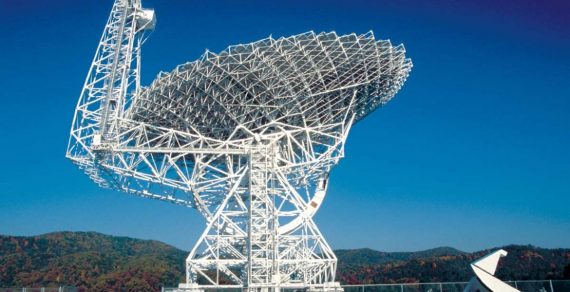 The second FRB from FRB200428 was posted on the astronomers’ bulletin board ‘The Astronomer’s Telegram’ on October 8. Scientists are still studying these three new bursts and have made no formal announcement as of this writing. However, it’s clear that FRBs are a hot topic and NASA likes getting whatever credit it can for their discoveries.

FRB200428 from magnetar SGR J1935+2154 in the Milky Way is probably not being sent by an alien civilization but with so many telescopes and teams monitoring them, NASA and the other space agencies obviously think they’re something big.