Tales of Satanist Weirdness at the Overlook Castle of North Carolina

Some places seem to invite tales of the weird. For numerous reasons these locations draw to them strangeness. It might be their dark histories, the pain and suffering they have seen, or merely their appearances and the locations they inhabit, but whatever the reasons are they become spooky legend. One such place lies out on a hill in North Carolina, and it is a place which has managed to have various stories of sinister events gravitate towards it.

In 1912, a man by the name of Fred Loring Seely, son-in-law of the pharmaceutical tycoon Edwin Wiley Grove, began construction on a truly grand and ambitious structure on twenty nine acres of rural land he had acquired on top of Sunset Mountain, out in Asheville, North Carolina. The building itself has often been described as a “castle,” and it was the second such construction project Seely had been involved with at the time, the other being the famed Grove Park Inn. This castle was designed with a classic gothic style based on a medieval monastery called Forde Abbey, Dorset, near London, which Seely had once been entranced by in Europe, and it was put together with massive stones from a local quarry. The imposing building would take two years to build, and would eventually encompass 20,000 square feet of space, featuring multiple wings, towers, and parapets, elaborate stained glass windows offering panoramic views of the surrounding countryside, Jacobean ceilings, extensive elegant woodwork, a sweeping fireplace made of actual stones from the Tower of London and Blarney Castle, and all of the quaint eeriness of an actual medieval castle in the middle of North Carolina. Surrounding it were sprawling grounds replete with a fishpond, various fountains, English gardens, a deer park, rose garden, greenhouse, and numerous manicured drives and courtyards. At the time it was considered one of the grand wonders of the region, an immense, ornate, and formidable structure like something out of a fairy tale.

It was never really completely finished, considered a work in progress, but nevertheless Seely and his wife, and five children moved into what they called “The Overlook Castle” in 1915, also called by locals "Seely's Castle," and it very quickly became the center of the high society in the area. Celebrities, industry tycoons, and other important people, along with such luminaries as Henry Ford, Harvey Firestone and Thomas Edison, and even U.S. presidents, all visited the estate during Seely’s time there. The Seely’s would be major movers and shakers at the Overlook, where they would live until 1942, when Steely died at the age of 70. His wife, Evelyn Grove Seely, then sold the estate to the Asheville-Biltmore College, who used it from 1949 to 1961, when the college moved to a new location to become the University of North Carolina at Asheville.

The Overlook then sat derelict and falling into disrepair for a time until it passed on to a Mr. Jerry Sternberg, who did extensive renovations on it, including adding a new roof and changing the heating system from coal to oil fuel, and Stemberg would claim that his family had several ghostly experiences on the premises, including a wispy apparition his children called “Chippie," and he would also speak of a mysterious “secret room,” the windows of which could be seen from outside, but which no one could figure out how to actually access. The castle would go through several other owners after that, including a religious group called Overlook Christian Ministries and clothing CEO Loren Wells, in the meantime getting itself added to the National Register of Historic Places. Of course, with such an ominous, gothic place sitting atop a hill out in the boondocks there have been weirder parts of the Overlook’s history, and it has drawn to itself sinister rumors over the years. 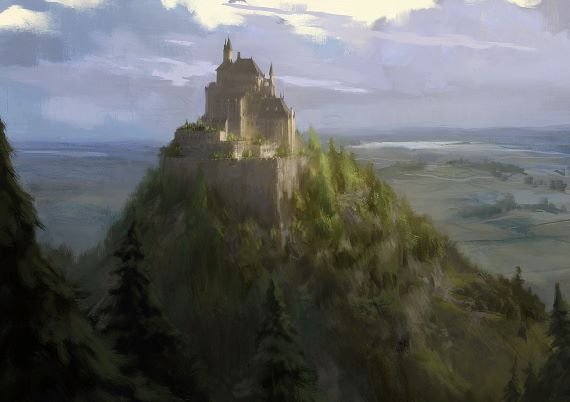 Perhaps the most bizarre and menacing rumors and legends associated with the Overlook Castle originate in the days of the Satanic Panic that swept the nation back in the 1990s. This was a time when there was quite a lot of attention being paid to various supposed Satanist groups operating in the shadows throughout the U.S. conducting black magic rituals, human sacrifices, and all manner of other strange things. One place that was supposedly a hotspot of such satanic activity was the rural areas of Asheville, North Carolina, and one writer Pamela Schuffert would write of this in a report entitled Satanism in America Today as follows:

I have personally done many years of hands-on research, often dangerous, in and around the city of Asheville, NC. Asheville is known as the Satanist/pagan mecca of the east coast. Nestled in the mysterious Blue Ridge mountains as they descend from Virginia, such remote mountains and valleys have long been the desired sites for bizarre and often violent cult rituals, many culminating in human sacrifice. I have narrowly escaped several abduction attempts in those mountains, and I was told that had they succeeded in their attempt, I would have been seized and hauled down in chains in a Ryder rental truck and then chained to the altar in their great Satanist caverns of the Smokies, which stretch far into Tennessee, and most brutally sacrificed for having dared to stand against them.

It is all pretty spectacular, yet not exactly proven that any of this was the case. Nevertheless. Asheville attracted all manner of spooky rumors and scary stories in the day, including the city’s wealthiest and most influential residents sacrificing their own infants, Satanic torture carried out by school kids, and tales of people being stalked and terrorized by Satanists or even having their homes besieged by them. There were even rumors that Satanists held high seats in the city government, and that the hospitals and police were run by them, in particular the Memorial Mission Hospital in Asheville, of which Schuffert would say:

As a former high-level Satanist in Asheville had warned me, who had worked in that hospital, this hospital was filled with both Satanists and witches as doctors, nurses and other employees. In fact, the Satanists and the witches were in constant invisible battles with one another there, hurling ‘summoned demons’ and curses at one another, etc. 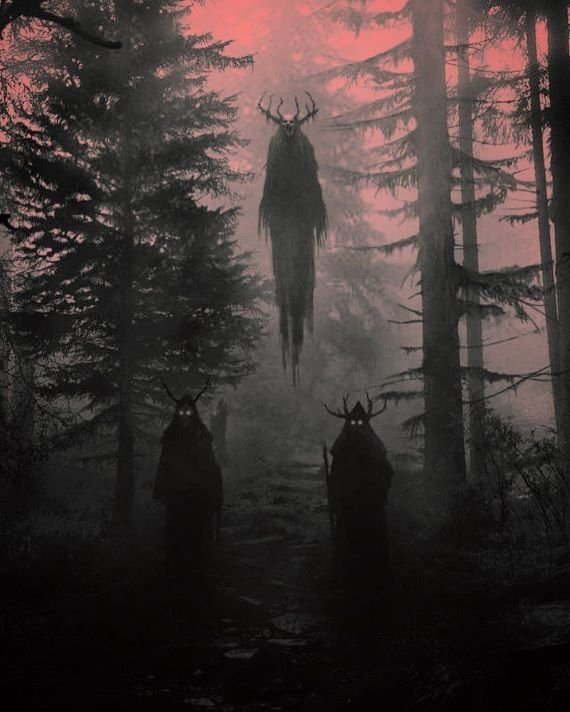 One particular place that would seem to have been a magnet for this sort of activity is none other than the Overlook Castle, with most of the tales supposedly coming from a stint in the 1990s in which the castle sat abandoned. It was during this time that reports came in of strange noises coming from the estate, including chanting and screams, and there were occasional reports of processions of mysterious figures in robes lurking about the property. Schuffert would say of the Seely Estate and its ties to dark Satanists:

Baby sacrifice took place in Seely’s Castle, long reputed to be a location for the satanic rituals of the ‘rich, elite and powerful’ satanists that populate Asheville and the surrounding region. This grim, grey castle can only be glimpsed through the woods as one drives towards the city of Asheville from the interstate 40 exit. Or, if one has the courage, to drive up Town Mountain Road (where many of the Satanist elite have large mansions) and to park in front of it’s somber metal gates with surveillance cameras. As other former satanists have admitted, many a human sacrifice ritual has taken place within its grey stone walls.

Is any of this real at all, or is it just urban legends and myth? The castle itself is certainly the sort of grandiose, remote structure that would attract such stories, but none of it has ever been proven or substantiated in any way. Yet, it remains a prevalent local legend in the area, gaining much debate and controversy over the years. What has happened at this towering, mysterious place? We may never know for sure, but the tales and stories remain.

Looking Back at President Reagan, “Star Wars” and (Some Might Say) Real Aliens