The Amazing Reincarnation of a World War II Fighter Pilot

We have long been enamored with the thought of what happens to us after we die. It is a conundrum that has consumed scientists, philosophers, and great thinkers since time unremembered. We have no more of an answer to this fundamental existential question now than we did since the very first flickers of consciousness bubbled up into the brains of our long forgotten ancestors, but there have been many ideas. One of these is the idea that we are some how reborn and recycled into a new body after death, and the cases of reincarnation are varied and at times very bizarre. One of the more famous of these is the story of a young boy, who one day realized that he was the next incarnation of a fighter pilot who had died during World War II, sending his family along an odyssey that has been discussed and debated to this day.

James Madison Leininger was born on April 10, 1998 and for the first two years of his life he seemed completely normal in every way, with nothing particularly strange or odd about him. He was like any other 2-year-old, but then one day things changed. He began having vivid nightmares during which he would kick and thrash about and scream “Airplane crash!  Plane on fire!  Little man can’t get out!” These nightmares would continue, but there would be other oddities as well. One day while passing a toy store, James’ mother was looking at a toy WWII fighter plane and  marveled at the detail, mentioning that it even had a bomb on it, to which little James corrected “Mom, that’s not a bomb, it’s a dwop tank.” When they returned home and his mother looked it up she found that a “dwop tank” was what pilots had called the extra fuel tank that would be fitted to their planes to extend their flying range. How had James known that? They didn’t have any books on that lying around and he had never shown any interest in such things before, so it was a bit odd, to say the least. However, it was about to get even stranger still. 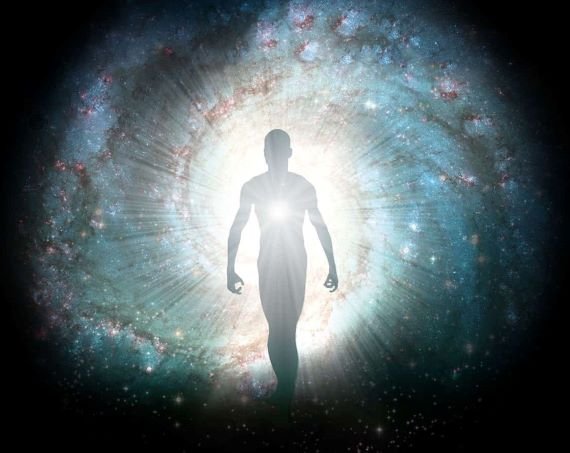 James began to become absolutely obsessed with anything to do with World War II. When his father brought him to the James Cavanaugh Flight Museum in Dallas the boy was absolutely mesmerized with the Word War II display, refusing to leave the display. He began drawing pictures of fighter planes, talked about them nonstop, and asked his parents for toy fighter planes. He’d then run around the house having imaginary battles with the toys, excitedly calling the American planes “Wildcats and Corsairs” and referring to the enemy planes as “Zekes” or “Betties.” Looking it up, it turned out that this is exactly what these planes were called in World War II, and it again left his parents puzzled as to how he had known all of this. His pictures he drew, although done in the unsteady hand of a young child, were also amazingly accurate for a 2-year-old drawing from memory alone. When his father brought home a book on World War II aircraft, James was able to name all of the planes correctly just by looking at the pictures, even though he had never looked at such books. It was bizarre.

In the meantime, James continued to have his nightmares, which got progressively worse. He would always end up shouting the same thing, that he was on fire and that “Little Man” couldn't get out. One day his mother asked him about these dreams and who “Little Man” was, and James matter-of-factly said that the Little Man was him. He also said that in his nightmares he was flying a Corsair, which he took off with from “a boat” he called “Natoma.” He said that in these dreams he was a pilot named James, and that he had another pilot friend called Jack Larsen, who had died at Iwo Jima. He said that in these nightmares he had been shot down too, saying that he was shot down by “Japs” who had a “big red sun” on the sides of their planes. This shocked his mother, because it was all a bit too much detail for such a young boy, and where had he learned “Japs” or where Iwo Jima was?

James’ father looked this stuff up and did his own investigation, finding that there really was a carrier called the USS Natoma Bay, and furthermore that there had really been a pilot stationed there named James McReady Huston, Jr. of Pennsylvania, as well as a pilot by the name of Jack Larsen. There were some difference to what James had claimed, namely that it seemed that Larsen had not actually died in Iwo Jima, although James had died in battle there in March of 1945, and also they had been flying FM2 Wildcats rather than Corsairs. Weirdly, when he talked to the actual sister of James Huston, she did show him a picture of him standing in front of a Corsair. Even with some minor inconsistencies, it was still pretty eerie that James would know any of this at all. James’ father even went as far as to talk to actual veterans who had been on the USS Natoma Bay, and took his son to a reunion of the Natoma Bay pilots, where James eerily identified one of the attendees and called him by name. Another spooky detail was that James had three toy action figures he called “Billy, Walter and Leon,” and it turned out that Huston had had three squad mates named “Leon Conner, Walter Devlin and Billie Peeler” who had also died in battle. Weird, indeed.

This went on, until when he was about 4 James’ mother began to suspect that there was something very weird going on that could not be traditionally explained. It started to occur to her that maybe the reason her son was having these nightmares and knew all of this weird stuff about World War II was because maybe these were memories bubbling up from some past life, a suspicion that was further reinforced when she read a book called Children’s Past Lives: How Past Life Memory Affects Your Child, by Carol Bowman. Andrea would reach out to Bowman to tell her about James, and became even more convinced that her son was the reincarnated James Huston, and even the formerly staunchly skeptical father was forced to finally confront the idea from all he had found and seen. They arranged to have James meet Huston’s sister, Anna, who after talking with the boy was also convinced that James was her brother after he demonstrated knowledge of things only her brother would know, including childhood memories they shared and the names of people they had known.

This was all starting to get out into the wild, and soon the amazing story of James Leininger was all over the news, and the family began appearing on talk shows such as ABC Primetime, and this all culminated in the Leiningers writing a book on it all called Soul Survivor: The Reincarnation of a World War II Fighter Pilot. The case quickly became one of the most discussed and amazing reincarnation cases on record, and it attracted the attention of child psychiatrist and expert on past memories Jim B Tucker, who launched his own investigation into the case. Tucker would be amazed by some of the details James had provided, and came to the conclusion that he was a possibly authentic example of reincarnation. However, not everyone is so convinced, and there has been much skepticism aimed at the case as well. 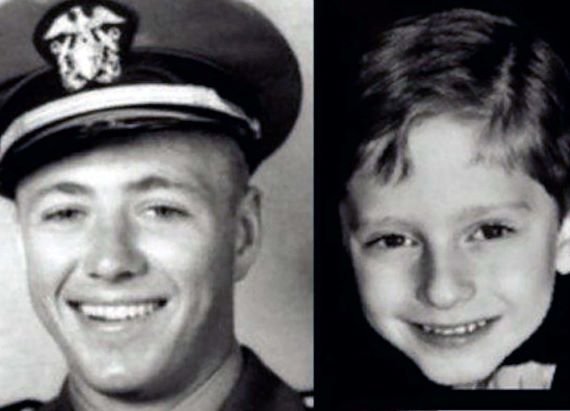 One of the main problems is that all of the evidence is completely anecdotal. Although his parents insist that he had no access to any information on World War II, there is no way to know if this is totally true or not, or if the boy had somehow picked it up from somewhere. The parents might have even exposed him to many of these details without even realizing it during their frantic research into World War II lore. James may have overheard conversations or been unknowingly fed what he needed to know by his parents asking him about it all. There is also the fact that, although James was scarily accurate with many features of his story, there are still those glaring holes. The USS Natoma Bay apparently never had Corsair planes on board, Huston had not been flying one when he went down. Larsen had not been shot down and was indeed still alive and well while all of this was going on. Were these just mental glitches of memory gone murky through being reborn, or are they indicative that the story is just not true to begin with?

James himself would have dreams and nightmares and these memories intruding into his thoughts until he was 8 years old, after which they would subside and leave him in some peace. We are left to wonder about it all. Was this all a fantasy manufactured in these people's head, fueled by confirmation bias and observational selection? Or is there really something to this? Whatever the case may be, the story of James Leininger has managed to go on to become one of the most talked about and spectacular accounts of reincarnation there is, and leaves us wondering about just what this mysterious universe of ours holds for us after death.