The phenomenon of the haunted house goes way back in time, and it sometimes seems that pretty much every spooky, forlorn house in the middle of nowhere has managed to draw to itself tales of the weird and supernatural. Haunted houses have a certain appeal, and have existed out in the more rural and neglected places of our world for some time, a staple of any talk on paranormal activity. Out in the rural countryside of the U.S. state of New York lies just such a site, and it has long been said to be perhaps one of the most haunted places in the entire country.

What is widely said to be one of the most intensely haunted houses in the United States is all a very peaceful and serene scene at first glance. Located atop a hill in a quaint, rural area of Hinsdale, in Western New York the stately century-old farmhouse known as the Hinsdale House was built in the mid-1800s, after which it apparently became an inn for some time, before becoming a private residence. The place is purportedly steeped in some grim history from way back, according to the current owner of the farmhouse, paranormal researcher Daniel Klaes, co-founder of Greater WNY Paranormal Society, who wrote a whole book about it called Hinsdale House an American Haunting. According to Klaes, the house’s days as a remote stagecoach stop and inn were tainted with heinous murders carried out here, of which he has written:

That inn -was what came to be called The Hinsdale House. [T]wo names for the owners: Ian and Richard. Because record keeping at the time was not as meticulous as it has grown to be today, the last name of these two very evil brothers remains unknown or in dispute.  Ian and Richard were rapists and thieves, using the Hinsdale House as a spider web to attract their victims. The very worst thing a traveler could let these two miscreants see was that they were wealthy. A beautiful necklace or an expensive watch could easy be a traveler’s death warrant.  Seeing those items on a guest signaled to these brothers that this was a person to rob, perhaps sexually assault, and drag to the tree for hanging.

The deaths at the house supposedly don’t stop there, with many others allegedly happening on the premises in its early days. It has been said that the house was prone to all manner of freak accidents and deaths into the coming decades, and by 1942 it was supposedly known as a somewhat cursed place. Again, Klaes has written of this dark chapter in the history of the house:

An unusual number of accidental deaths and events of serious injury are also associated with the Hinsdale House, including the untimely and tragic death of sixteen year old Alfred Warren, who, while helping his father cut down a branch on the site in 1942, was struck in the head when the buzz saw they were using to complete the task snagged, hurling the saw with immense force into his head causing traumatic injury that snuffed out his life three hours later in the nearby Cuba Memorial Hospital in Cuba New York.  [A]lfred frequently makes his eternally youthful presence known to those who stay a while in the home.  [A] look at the simple number of people who have died on the property of unnatural causes over the course of its existence as a non-native location is statistically out of proportion to the standard statistical rate of danger on rural land.

There is also the legend of an eerie tree nearby, which is claimed to have been a place where criminals were hanged and which is ominously dubbed the “Hanging Tree” or the “Tree of Despair,” as well as a story of a pond where there have been drownings and tales of numerous unmarked graves in the hills, and other tales speak of a bloody massacre carried out here during the time of the Native Americans, all of it giving the whole area a very sinister vibe. The house would change hands through a procession of owners, including Irish immigrant Michael McMahon in 1861, whose family owned it over several generations until 1971, and it is in the 1970s that the spooky stories of the Hinsdale House would really take off. 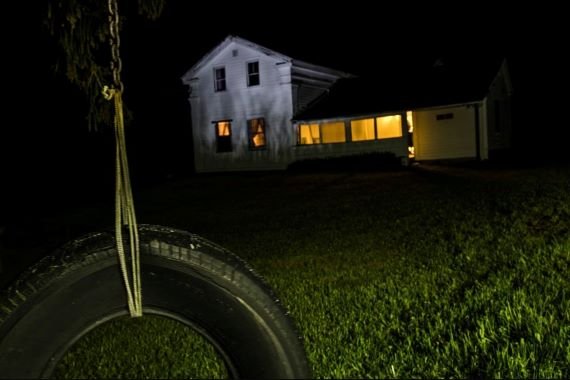 It was during this time that Clara and Phil Dandy would move in, and it is perhaps here where the tales of hauntings here would truly capture the public imagination. When the Dandy family moved in, they were sure that this was the house of their dreams, but it very quickly would prove that this was anything but. As soon as they moved in, they would allegedly be plagued by all manner of strange occurrences, at first involving mostly minor poltergeist activity such as moving objects or lights turning on and off, but swiftly graduating to something more sinister. Objects would fly off of shelves, knives would sail across the room to embed themselves within walls, and the family’s two young children would wake up with bruises and scratches upon their bodies. They would sometimes report that they could hear chanting from the forest, or screeching screams, and they would frequently see shadowy apparitions, which sometimes seemed less than human. It all got out of control pretty fast, and before long the terrified family was calling on someone to come in to help them out.

In 1974 they desperately called a priest by the name of Father Alphonsus, a priest from St. Bonaventure University, who depending on the version of the story did a house cleansing or a full-on exorcism, but this did little to help. Indeed, the haunting became more extreme than ever before, with the house apparently quaking and a screaming noise piercing the air, and in the end Father Alphonsus apparently told the family that the best course of action was to get out of there, and he would supposedly tell them, “Some ground is just bad, no one knows why. Just leave as soon as you can, and take only your own things with you. Don’t discuss your plans inside the house. This place is just a hole to Hell.” The family did not take long to pack their things and get moving. 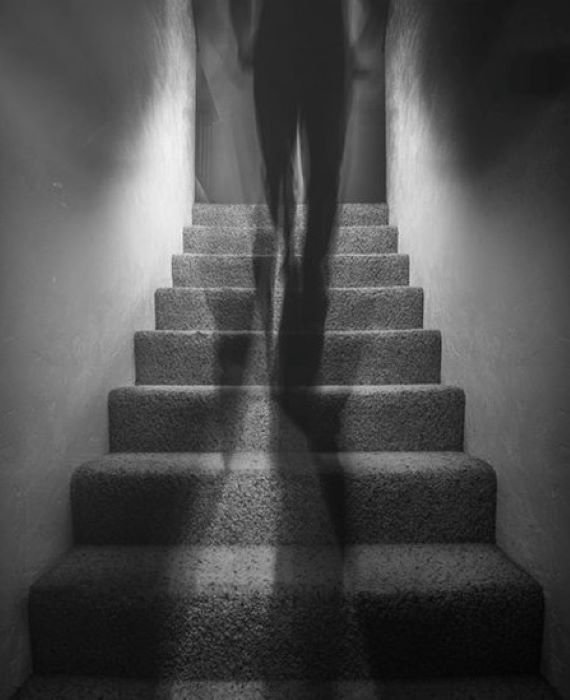 The house sat derelict and abandoned, and was about to be demolished when Daniel Klaes swept in to buy it and preserve it. He has since set it up as a sort of paranormal destination, holding ghost tours and allowing other researchers to come in and do investigations. Visitors to the place rarely come away unscathed. Anomalous noises, objects flying about, apparitions, cold spots, and an overwhelming sense of confusion and the sense of pure evil are all par for the course here, Klaes has said:

You name it. Shadow figures. Actual spirit apparitions, full bodied apparitions. You see and you hear things. You hear EVPs (electronic voice phenomena). If you sit here long enough, you’ll hear footsteps walking around upstairs, doors slamming when there’s nothing moving. Dogs barking, we’ve caught animal spirits here. And on the outside of the house, it’s a whole other game. We’re catching pictures of things that we can’t even explain what they are. We’ve had teams come in from five different countries last year. It’s brought an international spotlight to Cattaraugus County and it definitely does good for the community here.

The haunting was also written about by none other than Clara Miller-Dandy herself, who wrote of her family’s experiences in the house in the book Echoes of a Haunting, and we are left with quite the tale indeed. Is there any truth to this, or is it just another spooky tale with nothing to back it up? How much of this is real, and how much is merely eerie tales intertwined with the supposed spooky history of this place? For now the Hinsdale House sits out there drawing to it more stories, and whether it be the history of the land, urban legend, or something more, it remains a very haunted destination.

Strange Entities that Can Control Our Minds