Wars have long drawn to them tales of strangeness tucked away between all of the fighting and bloodshed. There are myriad tales of the amazing, fantastical, and indeed the supernatural during times of war, most often hidden away behind the main history of it all, and here we can find some rather remarkable oddities that tend to go forgotten. One such tale is the time the Nazis and the British got embroiled in a full on battle of psychics and astrology.

On November 2 of 1938, a letter came in to an employee of chief of the Nazi security service Heinrich Himmler by the name of Dr. Heinrich Fesel. The letter was from his friend, a Swiss astrologer by the name of Karl Ernst Krafft, and its message was very urgent indeed. Krafft explained that he had predicted that the Führer's life would be in imminent danger from between 7 and 10 November of that month, that there would be a dire assassination attempt and that he should cancel all public appearances during that time. It was explained in no uncertain terms that the letter needed to reach Himmler and be passed along to Hitler himself, and that to fail to do so would be disastrous. Fesel wasn’t particularly enamored with the concept of astrology, and in fact the Nazis in general were persecuting those who practiced such things, as dabbling in the supernatural was seen as suspicious, and distracted from the tenets of National Socialism. Although the Nazis would later eventually embrace the paranormal, being a psychic, medium, occultist, or astrologer, or even consorting with them was a dangerous game at the time, and so the letter was quietly put aside. However, it would prove that Krafft was perhaps right.

On November 8, 1938, Hitler was scheduled to make a grand  speech at a place called the Munich Beer Hall. On that day the weather was pretty terrible, and so Hitler left the event 30 minutes early without really telling anyone. Exactly 10 minutes after the Führer left, an explosion tore through the hall, brought about by a timed bomb that had been placed in the column right behind the podium where he had been making his speech. The blast would kill eight, injure a further sixty, and most certainly would have killed Hitler as well, had he been there as originally scheduled. It would turn out that the bombing had been carried out by a man named Johann Georg Elser in an effort to kill Hitler and kick start a Communist revolution, and he was subsequently imprisoned, tortured, and executed. While this was a close call, unbelievably, the very next day a theology student from Switzerland by the name of Maurice Bavaud got himself a pistol and planted himself in a Munich crowd of Nazi supporters at a raucous Hitler parade. His plan was to lie in wait and shoot the Führer dead, but as Hitler came right past him the crowd through up their hands rejoicing, and he decided not to go through with it. He would nevertheless later be found with the gun and executed.

Two assassination attempts in 24 hours, right during the window Krafft had mysteriously specified, was enough to raise Fesel’s eyebrow, and the letter gained new importance. He contacted Himmler and Deputy Führer Rudolf Hess, telling them about the grim prediction Krafft had made. They apparently listened, although not in the way Krafft would have perhaps liked. He was arrested by the Gestapo and brought to Berlin for interrogation, and things were not looking good because Hitler was highly suspicious of astrologers, psychics, and occultists at the time, imprisoning them left and right with impunity. However, amazingly Krafft was able to convince them that he could be of use, and so he was introduced to Dr Joseph Goebbels, the head of the Reich Propaganda ministry. Whether he really had powers or not, Krafft was seen as a potential propaganda tool, and so Goebbels had him go through deciphering prophecies made by the psychic Nostradamus for the purpose of squeezing predictions to fit in a way that made it seem that Hitler was destined for what he was doing and prophesized to win the war.

Krafft became heavily involved in this work, and helped to make tens of thousands of pamphlets in six languages expounding on how Nostradamus’ predictions favored the Third Reich. He also gave various private astrology readings for Hitler, and was considered by some to be the Nazi’s private astrologer. It is uncertain how much Krafft was really involved with the Nazis or how many of his claims were true, but with all the propaganda they were spewing out it certainly appeared that it was, and soon it was all making the British very nervous. After all, if there was anything to all of this astrology stuff then they did not want the Germans to have the upper hand in that area, and so a sort of astrology arms race began. 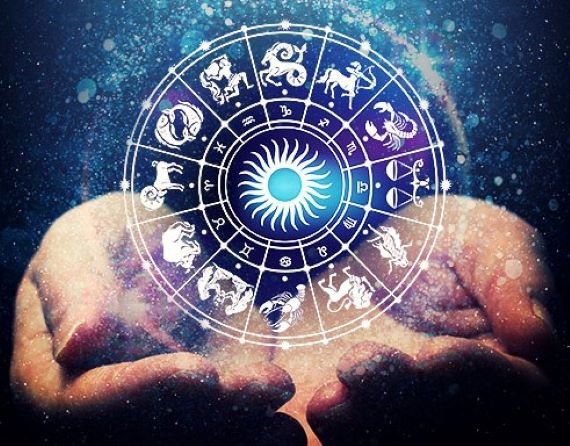 The British hired their own guy, an eccentric, cross-dressing astrologer by the name of Louis de Wohl. Recruited by the British intelligence agency MI5, Wohl’s job was to start England’s own astrological propaganda campaign to counter what the Nazi’s were doing with Krafft. To this effect, Wohl not only made horoscope predictions that publicly directly contradicted those of Krafft, but he was also sent to the United States in order to make sure that his predictions against Nazi Germany would be published in major astrology magazines there. Wohl fully claimed that these horoscopes of the German leaders were accurate, that he could psychically influence the Fuhrer's actions, and even at one time claimed that he could conjure up enough psychic power to kill Hitler outright, but it must be noted that the British did not necessarily believe that Wohl had the powers he claimed to, it only mattered that the masses, and especially Hitler, believed that he did. One British Major Gilbert Lennox would once say of this, “It is entirely irrelevant whether we ourselves regard astrological advice as valuable or scientific or as useless nonsense. All that matters is that Hitler follows its rules.”

The main idea was to sow doubt among the people and to make Hitler paranoid and doubt his own astrologers, although it is not clear how successful they were, or indeed how much Hitler really believed any of this stuff in the first place. Another purpose was to act as a smokescreen to hide the dissemination of real intelligence on enemy plans, but again it is unclear how well this worked. It certainly did not help that it soon turned out that Wohl was considered to be a bit of a crank and crackpot even among other astrologers. This of course was counterproductive to what the British were trying to do, and so they quietly dropped him, after which he would go on to be a hack writer. It would turn out that Wohl had gotten off lucky, because things would go even worse for Krafft.

It began when Hess suddenly went to Great Britain in 1941 on a misguided, unsanctioned mission to promote peace between their countries after claiming he had been told to do so in a supernatural dream vision. Hess would be arrested in Scotland and spend the rest of his life in prison. Hess’ actions were a move that absolutely enraged Hitler, but it also was bad news for anyone who happened to be an occultist, medium, psychic, or astrologer at the time. Hess had been one of the top Nazi brass who had actively believed in and supported such things, and it was thought that he had embarked on his insane mission on the advice of a psychic, and so Hitler put into effect a massive crackdown on the people who practiced anything even remotely paranormal related. This resulted in the imprisonment and death of countless psychics and astrologers, and Krafft would be a casualty as well, arrested because he had made a prediction that the Nazis would lose the war and dying of typhus in 1945 on his way to be transferred to the Buchenwald concentration camp. At the time, this effort to purge Germany of occultists and psychics ended up failing because the masses and some of Hitler's own men really believed this stuff, and Eric Kurlander, a professor of history at Stetson University in DeLand, Florida, has said of this:

The half-hearted crackdown faltered because the German public remained overwhelmingly superstitious, and the high command itself remained stubbornly attached to various aspects of “scientific” supernaturalism, including research into such potential superweapons as death rays, antigravity machines, super rockets, flying saucers, and even the resuscitation of the dead.

Indeed, there were plenty of Nazi higher ups who were still interested in the paranormal and the strange, and they would go on to carve a path into bizarreness that includes all manner of fringe ideas and insane experiments. The Nazis would become well known for such things during the war, managing to conjure up a mythology that often blurs fact and fiction. Yet while many of their subsequent exploits are unclear and unable to be verified, we certainly do have the time that they got caught up in this astrological battle, and it remains a curious little oddity of the war at large.

The Batatut: Not a Bigfoot, But Maybe a Littlefoot