The Magical and Mysterious “Little Folk” of the United Kingdom

Whether you believe or not in the existence of fairies, goblins, brownies and the "little people," there's one thing that most people would probably agree on. Namely, that these entities were seen and encountered in centuries in long gone. We are, of course, talking about the Middle Ages. That may not be the whole truth of the matter, though. Indeed, sightings of such entities have been made in relatively recent times, as incredible as it sounds. And, there are more than a few such stories in the U.K., as I will demonstrate now. Our first story dates back to January 9, 1997. Every now and then a story will surface that is so bizarre, yet also intriguing, that it is almost impossible to categorize. Such a story comes from Janice Bakewell, a woman who encountered a small UFO – as in extremely small – in Marlborough, Wiltshire, England. Janice was walking through nearby woods with her dog early one morning when she heard a loud buzzing noise that quickly filled her ears – and clearly those of her dog, too. Puzzled, she looked around, but it was all to no avail – at least, for around two minutes. Then, everything became amazingly clear.

As if out of nowhere, a small flying saucer appeared before her, hovering at a height of around four feet off the ground, in a small clearing in the trees. It was circular in shape, silver in color, and had a red band around its middle. And, it was barely four-feet across! She watched, astonished, as the diminutive craft settled to the ground – in decidedly wobbly fashion – and a small door opened. Janice still recalls holding her breath, wondering what might happen next. She soon found out. Out of the door flew three, three-to-four-inches long small humanoid figures: clearly female and glowing brightly, they fluttered around Janice for a minute or two, dressed in silvery mini-skirts! At one point the tiny trio landed on Janice’s right arm, smiled, then flew back into the craft, which shot away into the skies, never to be seen again. Such rogue cases are so often dismissed by Ufology; yet they are weirdly engaging and not at all rare. Now, let's take a trip back a while. 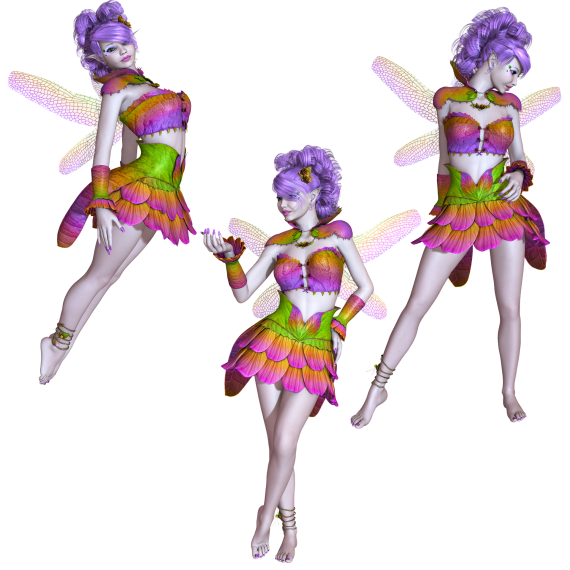 W.E. Thorner was on the island of Hoy, off the north coast of Scotland, during the Second World War when he saw a group of wild men dancing on the top of a cliff at Thorness - a place named after the Norse God of the dwarfs - at the height of a tumultuous winter thunderstorm. In Thorner’s own, captivating words: "These creatures were small in stature, but they did not have long noses nor did they appear kindly in demeanour. They possessed round faces, sallow in complexion, with long, dark, bedraggled hair. As they danced about, seeming to throw themselves over the cliff edge, I felt that I was a witness to some ritual dance of a tribe of primitive men. It is difficult to describe in a few words my feelings at this juncture or my bewilderment. The whole sequence could have lasted about three minutes until I was able to leave the cliff edge."

This very much brings to mind the words of Margaret Ann Courtney, a noted expert in Cornish folklore. In 1890, she said of the games and manipulative behavior of fairies, goblins and a wide assortment of what have become known, collectively, as the "wee folk": "When mischievously inclined pisky often leads benighted people a sad dance; like Will of the Wisp, he takes them over hedges and ditches, and sometimes round and round the same field, from which they in vain try to find their way home (although they can always see the path close at hand)..." It’s also worth noting that while, today, the 'pisky' to which Courtney referred – a diminutive entity that can be both mischievous and malevolent, and whose origins date back centuries – conjures up imagery in the minds of many of tiny, playful beings that flutter around inviting streams and glades on wings of gossamer, such is actually not always the case. In times long gone, one particular form that the pisky would adopt was that of a hideous, dwarfish troll.

Moving on: Centuries-old Welsh folklore, for example, tells of the Bwbach, an approximately three foot tall, hair-covered humanoid perceived by the folk of that era as a brownie or nymph. Supposedly, like so many of similar ilk, they would undertake chores and little jobs around the homes of humans, providing they were the recipients of two things: respect and nourishment, the latter usually in the form of oats, milk and cream. And they had a deep hatred of those who avoided alcohol and led teetotal lives! Cryptozoologist Jon Downes says that a small, monkey-like, upright creature in Churston Woods, which is situated close to the English holiday resort of Torbay: "Over a six week period, in the summer of 1996, fifteen separate witnesses reported seeing what they could only describe as a green faced monkey, running through the woods. Granted, some of the descriptions were quite vague, but most of the witnesses told of seeing a tailless animal, around four to five feet tall, with a flat, olive-green face that would run through the woods and occasionally would be seen swinging through the trees. Now, to me at least, this sounds like some form of primitive human, but again, of course, such things simply cannot exist in this country – and yet they seem to. And this area – Devon, Somerset and Cornwall - is rich with such tales, you know." 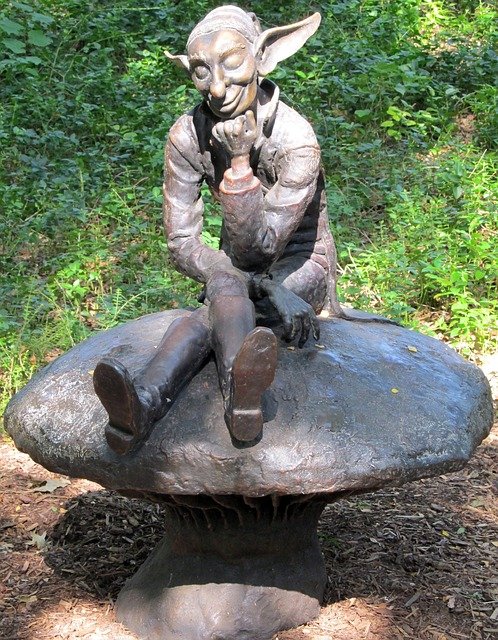 In November 2008, an extremely strange story surfaced from Wanstead - a suburban area of the borough of London. According to witness testimony, a small Bigfoot-type creature was supposedly seen wandering in Epping Forest, a 2,476 hectare area of forestland which, by name at least, was first referenced in the 17th Century, but that has existed since Neolithic times and which, in the 12th Century, was designated as a Royal Forest by King Henry III. Neil Arnold describes how the distinctly odd story began: "The animal was first sighted during early November by eighteen-year-old angler Michael Kent who was fishing with his brother and father in the Hollow Ponds area of Epping Forest, on the border of Wanstead and Leytonstone. The teenager claimed that whilst walking towards his brothers, he heard a rustling in the bushes and saw the back of a dark, hairy animal around four feet in height, that scampered off into the woods."

In light of the above, the "little people" may not be gone, after all. They just might still be with us; albeit largely in stealth.