The Mysterious Ghost Train of Sweden

A prominent feature of some classic ghost tales is that of the ghostly phantom train. It seems as though many regions have some permutation of this, with stories of a spectral train that will come barreling through only to vanish off into the unknown and leave wild stories in its wake. Such accounts can be found all over the place, and one interesting example comes from the country of Sweden, where a mysterious phantom train from beyond reality as we know it has been said to make its inscrutable rounds.

Our tale here begins in the 1970s, in the area of Kymlinge, near Stockholm, Sweden. At the time, the government was pushing to develop the rural area as a suburb of Stockholm, and urbanization efforts began. Part of this involved building an ambitious metro line through the region called the blue line, as well as an above ground metro station along it at Kymlinge. Construction began in earnest, and although the line was developed and built, passing from Stockholm to Akalla, the station at Kymlinge was left unfinished, partly because it was felt that urbanization around Stockholm had peaked and partly because residents of the area wanted to preserve its natural beauty. The station was mostly finished, yet when the blue line was officially unveiled in 1977, it made no stop at Kymlinge and the building sat abandoned, allowed to live on life support in case the decision was ever made to open it. And there it sat derelict and forgotten, a feral place that had no purpose. It was around this time when the stories of a ghost train began to do the rounds. 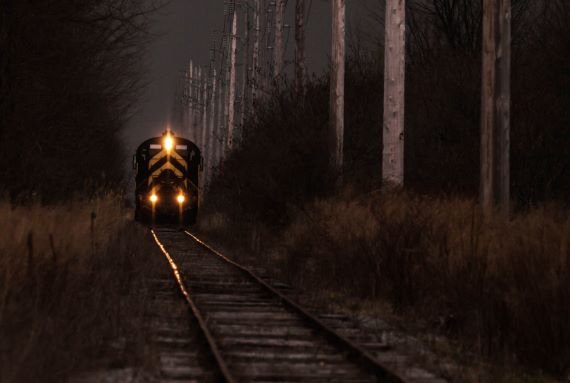 It was said that a mysterious spectral silver train called the Silverpilen, meaning “Silver Arrow” would pass through and stop at the abandoned station, spooking the locals, and before long there were all manner of rumors floating about. One story was that the train only arrived once a year after midnight, and it was said that passengers could be seen within it, all ghostly or zombie-like, with vacant dead eyes peering out at the night. According to stories that were whispered by the locals, if one were to get on this train they would arrive right back at the same station with large chunks of missing time, and some more sinister stories said that those who rode the Silverpilen would die or go stark raving insane not long after disembarking. Still other stories said that anyone who got on the ghostly train would be doomed to keep riding it forever in an eternal loop, never able to get off and becoming yet another of the spectral damned riding it. Sometimes people claimed to see the phantom passengers actually get off of the train at Kymlinge, after which they would vanish into thin air, and a popular notion was that Kymlinge Station was a place where the dead go on and off this train leading off into the unknown, passing between the lands of the dead and the living.

Although Kymlinge would become inextricably linked with the Silverpilen, stories of ghost train had been sporadically reported barreling by on metro lines around Stockholm since the 1960s, with similar tales of people getting on to never be seen again, or disembarking to find that weeks or even months had passed. The Silverpilen was also reported as traveling along unused or abandoned lines, or appearing out of nowhere or vanishing into thin air, and it generally freaked people out. When Kymlinge Station was built, the rumor was that no matter where you got on the Silverpilen, it would always end up at Kymlinge, and so this became known as sort of the home of the phantom train. The Silverpilen managed to lodge itself firmly into urban legend status, and to the people of the rural area of Kymlinge with its creepy abandoned station its appearance was terrifying, a sinister bringer of foreboding. 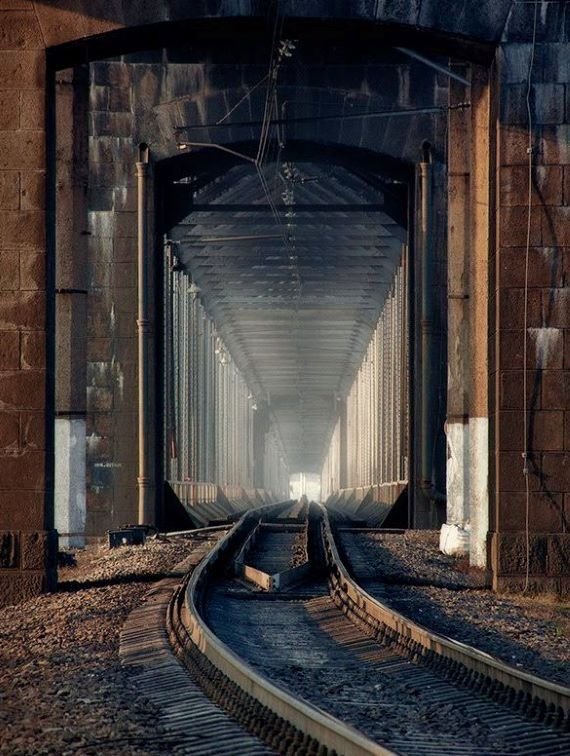 Interestingly, as with many urban legends this scary story is based on a kernel of truth. In the 1960s, the Stockholm Metro began using an 8-car train that was made of shiny, unpainted aluminum, the interior of the car sterile and devoid of any advertisements or posters. It was used as a test train and also as a back-up train for certain situations such as bad rush hour or when another train had broken down, and because it was not painted green like every other train on the Stockholm Metro, it really stood out, with many commuters struck by how alien and eerie it looked compared to what they were used to. Considering that it was just this one train and that it wasn’t always in use, it would have been a rare sight on the train lines, and so it is likely that its sheer bizarre appearance compared to the normal trains and infrequency perhaps sparked the stories of the Silverpilen ghost train.

However, rather oddly, although the silver train was used on the Stockholm Metro all the way up until 1996, after which it was decommissioned, the spooky stories and reports of the Silverpilen ghost train have continued. Indeed, the phantom train is still said to make its stops at Kymlinge Station, and all of this suggests that there may be something beyond the Metro's silver experimental train. It has become a pervasive legend in Sweden, and whether any of it is true or not, it is an eerie bit of lore to be sure.

The Magical and Mysterious “Little Folk” of the United Kingdom