On January 19, 1966, a banana farmer by the name of George Pedley was out at a place called Horseshoe Lagoon, in north Queensland, Australia, not far from the town of Tully. The lagoon itself is a murky morass of swampy, muddy water and dense reeds, bent into the horseshoe shape from which it gets its name. On his rounds Pedley often drove through the property, which was owned by a sugar cane farmer by the name of Albert Pennisi. As he drove the tractor along a narrow dirt track on that day, he reportedly heard a hissing sound that was loud enough to be heard over the sound of his droning engine. Pedley’s immediate thought was that one of his tires was punctured, but an inspection showed them to be fine. It was as he was getting back onto his tractor to continue his journey that he would see something remarkable rise up from the swampland of the lagoon, of which he would say:

Suddenly, an object rose out of the swamp. When I glanced at it, it was already 30 feet above the ground, and at about tree-top level. It was a large, grey, saucer-shaped object, convex on the top and bottom and measured some 25 feet across and 9 feet high. While I watched, it rose another 30 feet, spinning very fast, then it made a shallow dive and took off with tremendous speed. Climbing at an angle of 45 degrees it disappeared within seconds in a south-westerly direction. I saw no portholes or antennas, and there was no sign of life either in or about the ship.

Even more bizarre than this was what he found when he approached the area from where the object had taken off. There in the lagoon was a circular area of flattened reeds that had been cleared of water, measuring around 32 feet long by 25 feet wide, around which the water slowly rotated in clockwise curves. Much of the grass had seemingly been completely uprooted, and the depression was strange enough that Pedley was sure it had not been there when he had passed earlier in the day. A look at the surrounding area showed it to be untouched, and there was no sign that any trees had been scorched or damaged in any way. Pedley left at the time, but it was odd enough that he went back to the spot several hours later to find that now the depression was full of water and held a large circular mass of green reeds that floated on the surface and revolved in a languid clockwise radial pattern, with an overall shape almost like that of an overturned saucer. He went as far as to actually wade out into the water of the lagoon to find that it was almost like a floating island that he could swim under, and making it even odder still was that the bottom of the lagoon beneath it seemed to be completely smooth and devoid of the usual tangle of roots and detritus. He was also surprised to see that the surrounding grass had turned brown, although it had been green when he had left earlier.

Pedley went to the farmer Pennisi, who went out there to see the spectacle for himself, and Pedley would explain the whole bizarre tale to him. It would be found that oddly Pennisi’s dog had been acting very strangely at just around the exact time that Pedley had had his encounter, and he also explained that he had been having vivid dreams for a week about a flying saucer landing on his property. Considering that it was his property and that he knew the lagoon very well, Pennisi was astonished, as he had never seen anything quite like it before. After telling Pennisi, Pedley would take photos of the anomaly and go to the police with his story, and before long the story had hit the press and it was splashed all over the papers, where the circular mass was being called a “UFO nest” and there was much talk of aliens and spaceships.

A subsequent investigation would turn up at least five other such anomalous “UFO nests” scattered around in the vicinity, all smaller than the first, with some rotating clockwise, others counterclockwise, and still other with evidence of charred grass in the center. Samples of these “nests” were taken and sent off to be analyzed, but this turned up nothing unusual. Police would end up dismissing the nests as not caused not by aliens, but rather nothing more than whirlwinds, waterspouts, or even a helicopter. The government was equally eager to explain the phenomenon away as well, citing the same sort of explanation, and a Mr. G.J. Odgers, Director of Public Relations for the Department of Defence, would make a statement saying:

Although a conclusive determination could not be made, the most probable explanation was that the sighting was of a 'willy willy' or circular wind phenomenon which flattened the reeds and sucked up debris to a height of about 30 feet, thus forming what appeared to be a 'flying saucer', before moving off and dissipating. Hissing noises are known to be associated with 'willy willies' and the theory is also substantiated by the clockwise configuration of the depression. All too often unusual occurrences are reported in sensational terms with little or no attempt made at rational assessment. The general subject is 'newsworthy' and lends itself to sensationalism and guesswork, but in most cases logical explanations follow from careful investigation. You will appreciate that there is nothing to be gained from reopening old cases.

In addition to this official take there were various other explanations proposed, ranging from helicopters, nesting birds, alligators, and reed eating grubs, to of course the ideas that this was caused by some secret military craft or even that it was caused by some sort of “plasma vortex.” However, none of these explanations offered so far really matches all of the evidence found, nor do they explain the visual confirmation made of some sort of UFO by Pedley, and so a favorite explanation still remains that he actually saw an alien craft and that it is what left this evidence behind. 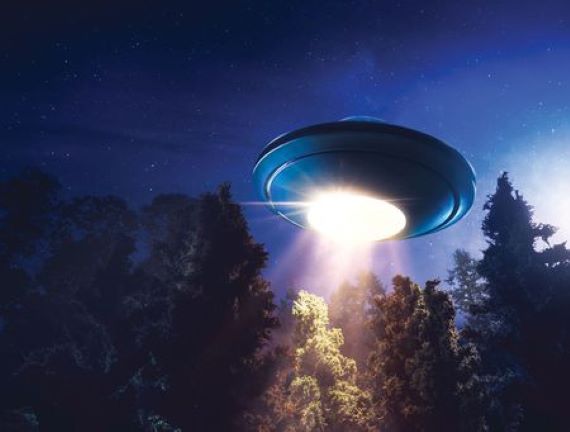 No matter what the real explanation is, one thing that is for certain is that after the Pedley case hit the news the whole region around Tully, and particularly the vicinity around Horseshoe Lagoon, became ground zero for UFO reports, and in later years there would be frequent discoveries of more of the UFO nests. In fact, between the years of 1966 and 1990 Albert Pennisi would claim that there had been found 22 of these “nests” on his property alone. The area to this day has frequent UFO activity, leading to the idea that perhaps the Pedley case has some connection to it all, and leading away from the more mundane explanations for the nests. We are left to wonder just what was going on here. What were these so-called nests and what do they mean? Were they some sort of sign, a tool used by aliens, or simply the result of natural processes? Whatever the case may be, the "Tully UFO nests" have managed to worm their way into UFO lore, are much discussed, and remain unexplained.