The Strange Case of the Doppelgänger Robbery

It started as a pretty typical street crime. In 1999, a young woman was walking alone at night through a Walmart parking lot in Roeland Park, Kansas, when a man approached her and grabbed her purse. Although she was able to hold onto it, he managed to run off with her cellphone, in the process sending her sprawling to the ground to injure her knee. It was due to the fact that she was hurt in the attack that what could have been a lighter charge for the perpetrator graduated to aggravated robbery, which carries a stiff penalty. When police questioned witnesses, they described the perpetrator as being a light skinned Hispanic or African American male with “long hair pulled back,” and the search was on. And so would begin a rather strange case of a man wrongly accused of his doppelganger's crime.

In would turn out that a witness had managed to get the license plate number of the car the thief had used, and this information took authorities to the house of a man named Rick Amos, who was not home at the time. The witness then looked through police booking photos and found the man staring right off the page as clear as day, only it was not Rick Amos, but rather a man named Richard Jones. The witness swore that there was no mistake, that Jones was the man seen robbing the woman, and so Jones was arrested and put on trial, despite denying that he had been anywhere near that Walmart at the time of the robbery. 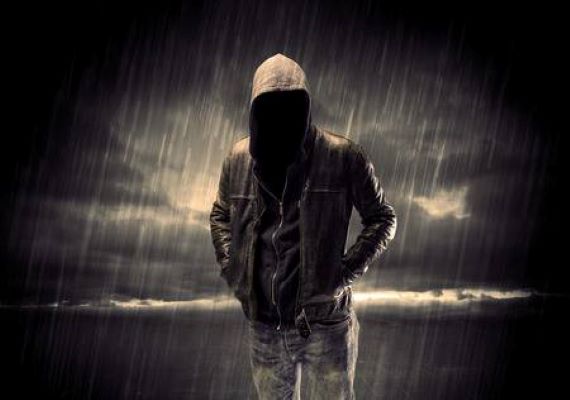 When the trial came around, several witnesses came forward to state that they were sure beyond a doubt that Jones was the perp, all as Jones’ denials and assurances of innocence fell on deaf ears. In the end it did not really matter that there was no physical evidence to place him at the scene of the crime. It did not matter that this was all based on eyewitness testimony or that Jones had an alibi that he was at a birthday party at the time of the incident, something which several other people at the party confirmed. It did not matter, and in the end, Jones was found guilty and sentenced to a shocking 19 years in prison. Jones was adamant that he was innocent, and appeals that he immediately requested were all denied, and Jones would say of this:

Jones would end up languishing away at the Lansing Correctional Facility for the next 15 years, after which in 2015 some strange things began happening at the prison. Other inmates began mistaking Jones for someone else, calling him “Ricky,” and talking to him as if they knew him. The baffled Jones figured out that the Ricky they were talking about was a man named Rick Amos, and so he requested that his lawyer get a mugshot of Ricky. The attorneys got the mugshot and it was shocking. For all appearances, Rick Amos looked almost exactly the same as Jones, right down to the hair style, and the resemblance was so uncanny that one of Jones’ attorneys would say, “They looked like they could have been twins. From there, other pieces of the puzzle began fitting together.” Jones himself was also shocked to see himself staring off the page from Ricky Amos’ mugshot, and said, “I saw that picture, man, and when I saw that picture it just made sense to me.”

They approached an organization that helps wrongfully accused prisoners, called the Midwest Innocence Project, which is partners with the University of Kansas' Project for Innocence, and went about seeing if this news of the apparent doppelganger would sway the sentence that Jones had received. It was found that indeed, Rick Amos was the man who lived at the address tied to the license plate the witness to the crime had taken down, and the pieces fell into place. Evidence proved that it was Ricky Amos who had committed the crime, not Jones, and witnesses at Jones’ trial would concur that they could not tell the two men in the photographs apart, with one admitting, “I am no longer certain I identified the right person at the preliminary hearing and trial. If I had seen both men at the time, I would not have felt comfortable choosing between the two men and possibly sending a man to prison.”

This wasn’t merely a simple misunderstanding, the two men actually really did look nearly identical, despite having no blood relationship, and even experts trained to deal with misunderstandings such as these were spooked by the uncanny resemblance. Based on this new evidence, in 2017, after nearly two decades of rotting away in prison, Jones was released and walked out a free name, granted a certificate of innocence, the record of his arrest and conviction expunged, his name cleared, and eventually awarded $1.1 million in damages, although as one attorney has said, “This compensation is relatively small given the unfathomable hardship of seventeen years of wrongful imprisonment.”

Unfortunately, true justice could not be found, as Amos, who had been in prison for an unrelated crime, could not be charged with the robbery because the statute of limitations had expired, and he has in fact never admitted to the robbery, making it all more complicated still. The story would not end here, though. In a strange twist, despite his newfound freedom and innocence, in 2019 Jones would be arrested on a federal indictment and charged with being in possession of cocaine and methamphetamine along with illegal firearms. No word on whether Ricky Amos did this one too.

The Legend Of “Headless Annie” Haunting A South Carolina Cemetery