The history of the Nazis during World War II has been imbued with quite a lot of oddness. Over the decades they have accrued a sort of mythology about them, with all manner of tales spun. Looking through some of the stories, many are every bit as weird and wild as anything in any movie, making them a mysterious, surreal specter that has transcended reality to make them larger than life. The stories of Nazis involved with the supernatural, UFOs, and the occult are too numerous to count, and the one we will be looking at here is the time a psychic received plans for a spaceship.

In 1919, a pretty young woman by the name of Maria Orsitsch, also called Maria Orsic, arrived in Munich, Germany with her fiancé looking to start a new life. She had been born in 1895 in Zagreb, Croatia, she had long allegedly possessed the power of mediumship, and by the time she reached Germany she was already well-known for this. She was purportedly able to go into deep trance states during which her eyes would roll up into the back of her head and she would channel all manner of spirits into this world, and she had made a name for herself doing this in her own country. It was perhaps this mysterious ability that would soon attract the attention of an organization called the Thule Society, which would change her life forever.

The Thule Society, named after a mythical country from Greek legend, was an occultist group and secret society founded shortly after World War I by Walter Nauhausm, and they were known for their bonkers ideas on racial theory, the study of the origins of the Aryan race, and their efforts to somehow prove that the Aryan race was superior. An offshoot of this group was the Vril Society, which Orsic would subsequently become deeply involved with as well, where she became known as a powerful psychic. It was during her time with the Vril Society when things would take a steep dive into the bizarre.

It began with a mediumship session held in 1924 by the society, during which Orsic attempted to reach out and communicate with the deceased German anti-Semitic volkisch poet, playwright, journalist, publicist, and political activist Dietrich Eckart. She purportedly successfully contacted Eckhart’s spirit and began speaking in his voice, having quite the odd tale to tell. The spirit requested to let another party speak through him, and so Orsic began channeling the voice of an entity that claimed the ancient Sumerians were actually an alien race from the planet Aldebaran, and were the ancestors of the Aryan race. These aliens had supposedly arrived on Earth 500 million years ago, and the alien offered messages from these aliens, which were channeled through Orsic in the ancient Sumerian language, a tongue which she herself claimed that she did not understand. This woman jotting down ancient Sumerian text was enough to convince even some of the more skeptical members of the gathering, including leading member of the Nazi Party Rudolf Hess himself. 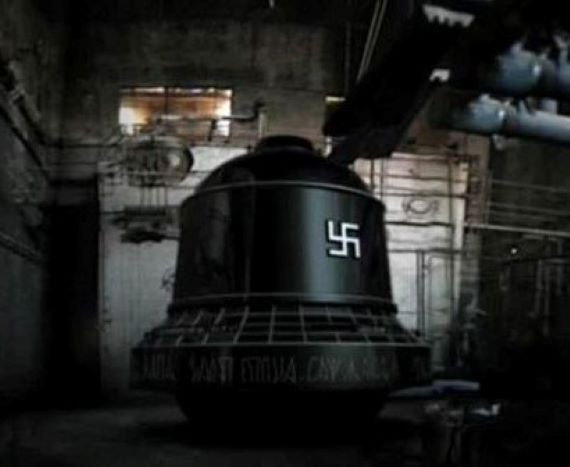 Orsic would go on to claim that the aliens had beamed into her mind the plans for a spaceship capable of “dimensional leaps” and allegedly scrawled these down, after which they would begin construction of what was called “The Munich Device.” Upon completion, the alien craft would be discussed at a Vril and Thule meeting in 1943. The purpose of this meeting was to work out the logistics of a trip to Aldebaran and decide who was to travel off world to meet their ancestors, and there would be another meeting held in 1944 to prepare further. After this is where things get murky. It seems as though the Vril society was worried that they were being infiltrated by the paramilitary group Schutzstaffel, more commonly known as the SS, and they did not wish the plans for their spacecraft to fall into the hands of the Third Reich. On the orders of Orsic herself, they either hid or destroyed the ship and the plans and disbanded the Vril society, after which Orsic and the society seem to have just vanished into thin air, leaving theories that they might have even used the craft to travel to Aldebaran after all.

However, the SS supposedly confiscated some of the plans in order to use in their own research into UFO technology. The Nazis indeed would purportedly pursue space travel in a secret space program and even make a legendary manmade UFO called the Die Glocke, by some accounts allegedly made using plans stolen from Orsic and the Vril society, which in itself is a story that has become almost legendary. We are left to wonder how much of this off-the-wall tale is true and how much is just more weird legends attributed to the Nazis. Whatever the case may be, it is certainly a weird little historical oddity and one one bonkers tale to add to the Nazi pile of World War II.

A Magical Place But a Monstrous One Too