It started as a lazy day of fishing. On the afternoon of May 3, 1969, an off-duty soldier by the name of Jose Antonio Da Silva hiked out to a lake in the area of Bebedouro, in the district of Matozinhos, Brazil, in order to go camping and do some fishing. He set up his campsite without incident and the next day he went out to fish on a calm, sunny day. At some point as he looked out over the placid lake waiting for a bite his attention was drawn away by the sound of rustling out in the brush behind him, which he at first took to be some sort of animal stalking about but he was proven wrong when he then heard the distinctive murmuring of voices. Although he could not understand what was being said, there were unmistakably at least two voices chattering away, and he turned around in bafflement wondering who would be all the way out there with him. It was at that moment when he suddenly felt his body go numb and realized that he could not move his limbs. His quiet day of fishing was about to get very bizarre indeed. And so would begin one of the weirdest alien encounters Brazil has ever seen.

As he lay there completely unable to move, Da Silva saw creep out of the bushes a group of little humanoids each about 4 feet tall, dressed in bizarre full-bodied suits with masks and helmets with tubes that attached to some sort of container or pack on their backs.  These entities then grabbed him by the arms and began dragging him through the forest towards an enormous gray cylindrical craft, which they brought him up into through an opening at the bottom, and after this they fitted Da Silva with a helmet very similar in appearance to what they themselves were wearing. He was then brought into a brightly lit room and sat upon a type of strange chair in the center, and the aliens took off their helmets. 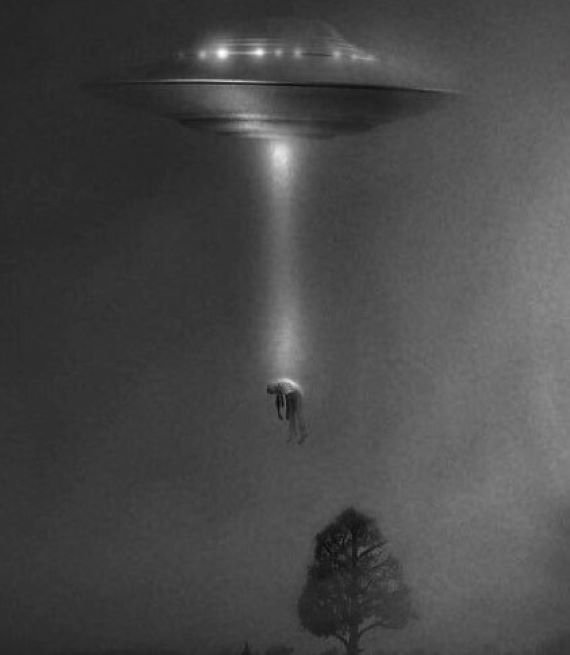 The room was incredibly bright, which took some time for Da Silva’s eyes to adjust to, and when he was able to see clearly he was surprised to see that under their outlandish helmets the aliens were surprisingly human-looking, with abnormally thick eyebrows, giant beards that stretched down to their waists, and thick long red hair on their heads. They had oversized green eyes and mouths wider than a human’s, which Da Silva could see were toothless and reminded him of the mouth of a fish. After appraising their captive for a moment, they fitted Da Silva’s arms and legs with some sort of restraints and then they sat upon a bench and adjusted what looked very much like seatbelts. Although there were no windows, Da Silva had the strong feeling that they were now moving. After some time had passed, throughout which the beings chattered away in their strange language, the craft came to a stop and his strange captors stood and took him to a very large room, where he was introduced to a taller, more human looking being, which he assumed to be their leader. On the periphery were several more of the aliens, which seemed to be examining his fishing pole and gear with great interest, taking for themselves several items to leave the rest. Da Silva was then suddenly alarmed to notice that there were slabs like those in a morgue, upon which several human bodies were lying, whether they were alive or dead he could not tell.

The leader approached and attempted to communicate with Da Silva, using gestures and illustrations that it drew upon a great white slab, to convey that they meant him no harm. In the meantime, several of the aliens offered Da Silva some form of food, which looked like green goop in a cube-shaped vessel. Although he did not want to drink this viscous liquid, Da Silva had the impression he did not have much choice, and so he gagged back the bitter concoction, surprised to find that it actually made him feel better and more alert. The leader then continued with his efforts to communicate with Da Silva, and after some difficulty the frightened man could tell that the creature was asking him to spend three years on Earth gathering information and specimens for them, after which he was to spend seven years living on their world and then return to Earth in order to be a sort of liaison between their species. 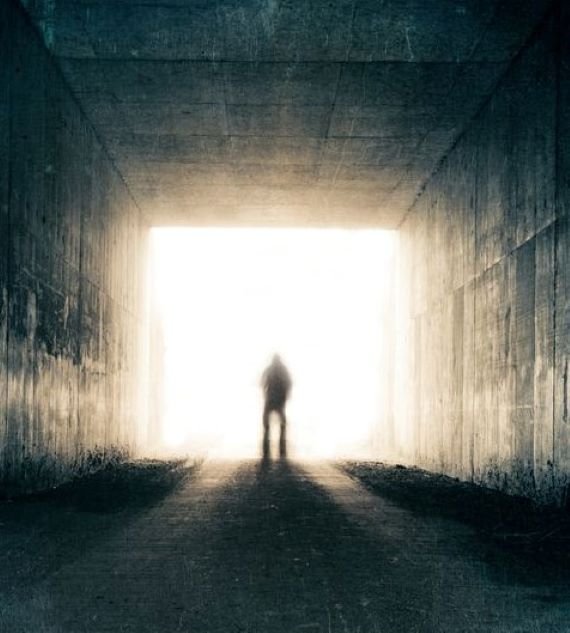 After hearing the leader’s offer, Da Silva refused, which provoked a rather angry response from the aliens around him. Those human bodies on the slabs very much weighing on his mind, Da Silva then allegedly grabbed the crucifix around his neck and began praying loudly, which seemed to anger the aliens even more. In fact, the leader approached to rip the crucifix from his neck, which it examined and then put into its pocket. At this point, Da Silva very much feared for his life, and he says that he noticed a robed figure standing in the room that the aliens did not seem to be able to see. Da Silva kept praying and the aliens roughly dragged him to another room, where he was blindfolded and everything went dark.

The next thing Da Silva remembered was lying upon the cold earth with blackness all around him. He thought at first that he was dead, but upon looking around he realized that he was in a forest and that he had been dumped there by the aliens. He managed to stumble through the wilderness to a nearby road, where he was picked up by a passing motorist. It soon became apparent that four days had passed since he had first met the aliens, and that the place where he had woken up after the ordeal was nearly 200 miles away from where he had started. He would manage to get back to town, and his story was quickly all over the news. To this day it is unclear what really happened to Jose Antonio Da Silva, and we are left to wonder. Was this just a tall tale conjured up by an addled mind? Or was it something more? whatever the answer maybe, it remains one of the weirder alien abduction reports, and it has never been completely solved.

Ancient Bigfoot Creatures in Nevada or Just a Legend?