In the summer of 1944, a 13-year old girl by the name of Madeleine Arnoux was out on a hot afternoon on her way to pick up some food near her farm in rural France, likely black market food since it was rationed at the time. She rode along on her bicycle towards a hamlet known as Le Verger, and she decided to stop along the way to pick some berries in a nearby meadow that bordered the woods. As she sought out berries, she began making her way down a trail that led off into the trees, and this trail veered off to disappear around a bend. As she reached the curve in the trail it was then that she allegedly noticed something very strange on the path ahead. She would claim that sitting a few hundred meters away was a grey metallic craft of some sort, described as being about the size of a standard car. The outer surface seemed to be perfectly smooth, with no visible openings or windows, but the strangest thing about the surreal scene as that there were several diminutive beings standing around it. These tiny humanoid creatures were only around 1 meter tall and dressed in odd brown one-piece suits, and they seemed to be just standing there staring at her. She would say of what happened next:

They did not make any gesture in my direction, and as to me, I was frozen on the spot. How much time did this mutual observation last? I cannot say, but I remember the oppressive atmosphere, still worsened by the thundery weather and of my impression to be unable to move... Suddenly I managed to react and wanted to pick up my bicycle again; which lay within a few meters. The time to bend down and, by looking up at the strange appearance again, there was nothing any more. Only, at this place, the trees were agitated by a violent wind. I did not think of looking up in the air, where I would have undoubtedly still have seen the machine which flew away.

At this point she was rather terrified, and rode her bicycle home as fast as she could. At the time she did not think anyone would believe her, and so she did not tell her parents, nor anyone else for that matter. And so she would keep the incident to herself for many years, pushing it away to the back of her mind in an effort to move on and forget. At the time she did not associate any of this with aliens or UFOs, and being a simple farm girl she did not even know what a UFO was. Being an uneducated rural girl, talk of extraterrestrials and spaceships were far from her mind, and so she was left to puzzle about what that thing in the woods had been. Over the years she would learn of the wider UFO phenomena and of other people who had encountered them, and she began to think that what she had seen could not be explained with any rational explanation. She would say:

A long time, I thought of the strange encounter and then I forgot it... It was necessary that one starts to speak about the "Flying Saucers" for me to make a link and that I think that I had undoubtedly seen one of these mysterious UFOs. After so many years the image is still very clear in my memory and I know that I had not dreamed and that what I saw in wood that day was not nothing "known." It could not have been a vehicle of that time, moreover they were rather rare, so that I undoubtedly identify it. The place of the encounter was deserted, the way leads into the wood, the closest farms are at 1 km. We were in 1944, the men of the resistance were numerous in the area, but it could not have been any of them. Neither German soldiers, and undoubtedly one or the others would have called me. It is thus necessary to thing that I witnessed one of the first visits of UFOs. 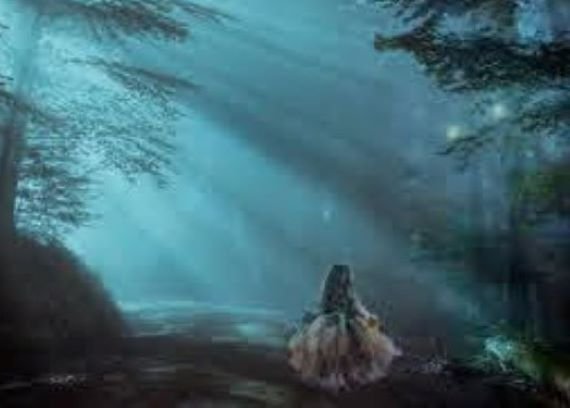 In 1972, Arnoux approached ufologist Fernand Lagarde, writing a letter to him that was then published in the French ufology magazine Lumières Dans la Nuit, and considering when the incident supposedly occurred it was indeed one of the earlier UFO encounters. Rather curiously, although Arnoux would claim that she had received a lot of mail in response to her letter, no one had ever actually followed up on it or came to her house to investigate. She would say of this:

Whereas I received quite a lot of mail after the publication of the article in question (all the magazine treating the matter, at the time (1972) wrote to me to interrogate me and to ask me the report of the facts. I was even told that that a young man of Toulon on Arroux, studying with the UCLA (University of Los Angeles), a few years later, had read my article in an American magazine, in the very library of this prestigious university). But it seems that my modest person did not interest the investigators, for never nobody came to my home. Whether some journalists came on the spot, that is quite possible, but they never met me. I went back to the place myself, ten years ago. everything was changed, and if I did not have in memory this true "photographic impression" of the scene of June July 44, I could not have recognized anything.

In 1996, Arnoux came forward with some curious new information to ufologist Michel Figuet, regarding another possible UFO that the witness saw in 1942 in her village of Toulon on Arroux. She would say of this in a letter to Figuet:

I might add something all the same, to bring back facts that came back to my memory after the publication of the article, which perhaps does not have any relationship with the occurrence, but which are rather odd. A few years before, i.e. in the 1st years of the war, perhaps in 1942 (the Germans occupied Toulon on Arroux, rather peacefully, it should be acknowledged), almost each evening, during the summer I think (for the evenings were beautiful and tepid), and during several days in a row, the district when I lived with my parents, the "Suburb" (all next the small station of departmental railroad Etang-Digoin) was in agitation. Indeed, we managed to observe a whitish gleam, slightly shnining (a "dull" moon) in the sky, roughly at a point located in the north-west. This gleam was motionless, sometimes seemed to die out a little, then was revived.

Needless to tell you that each evening, there was a gathering of all the district and everyone went on with their comments and guesses... admittedly comprising only: "tethered balloons", "a zeppelin" (memory of another war...), allied or enemy observation "sausages" [blimps]... I know that courageous young men went, in the day, to check the surroundings and never saw anything... Now, I am about sure that in straight line, the place where we could see this luminous and fixed object was located at the vertical of the place where I saw, a few years later, my "UFO". Was there a connection between these occurrences? Did they observe us already, from above, before trying the landing? 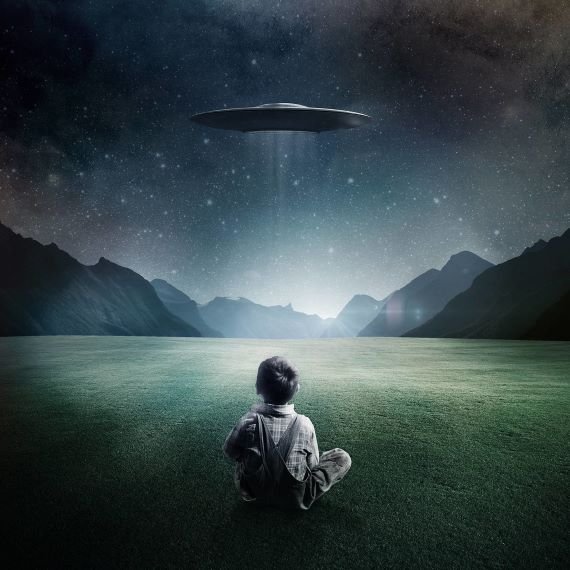 Although Arnoux’s account is quite bizarre and intriguing, there has been some skepticism aimed at the tale. For one is that she waited 28 years to tell a story from when she was 13 years old, during which time her memory could have become foggy or twisted. Indeed, she admits that she cannot remember the exact date or time of day of the sighing, nor can she recall the duration, and her memory of the appearance of the craft and its occupants are also vague. For instance, she explained in her letter that “I don’t seem to remember any openings on the craft.” There is also the fact that all of the information on the case is based on letters sent to Lagarde and Figuet, and there doesn’t seem to have been any real effort by anyone to follow up on the case or do a full investigation. On top of all of this is the fact that the sighting was made from a distance of several hundred meters, and ufologist Patrick Gross has said of this detail:

Mrs Arnoux said that the object and the beings were at several hundred meters from her! This is a very long observation distance, and I challenge anyone looking at some vehicle and people at several hundred meters to explain to me how to measure that people there are 1 meter or 2 meters tall, or how to be sure that the feature of some vehicle are "nothing known". If the observant is only 13 years old, at a time when the vehicle could be some not-so-ordinary vehicle such as a military half-track or armored car, what amazing is there in the notion that there is no good case for aliens and their spaceship here?

What happened to this young woman? Did she see something from beyond our world or is this just a misunderstanding or even a tall tale? The case of Madeleine Arnoux is significant in that it happened before the UFO phenomena and all of the talk of alien encounters and alien abductions really took off, making it unique in how early on it occurred. Whether you believe she really saw aliens out there or not, her case is one of the earliest modern examples of a close encounter with UFOs, and it serves to stir the imagination at the very least.

Hallucinogens May Have Been a Factor in California Cave Art