Whatever Happened to the Abominable Snowman?

I chose that title for this article because unlike numerous other "cryptids" - such as Bigfoot, the Loch Ness Monster, the Chupacabra and Mothman - the Abominable Snowman (also known as the Yeti) really doesn't get too much new publicity in today's world. Yes, there are more than a few books on the subject, but for the most part they are relatively old, novels, or reprints. Or, the research goes down the path of "it's just a bear." So, with that said, here's a look at the data that surrounds the legendary beasts of the Himalayas. Brigadier Henry Cecil John Hunt was a highly regarded mountain climber, a noted figure in the British military, and the author of a 1953 book, The Ascent of Everest. It was a book told of his expedition to the mountain – also in 1953. Hunt related a fascinating story of the Yeti that, during his mission to scale Everest, was given to him by the Abbot of the Thyangboche Monastery. Also referred to as the Tengboche Monastery, it stands at a height of almost 14,000 feet in the mountains of Nepal and is dominated by the massive Himalayas – the abode of the Yeti, or Abominable Snowman. Hunt, who, at the time of the expedition was in the employ of the Supreme Headquarters Allied Expeditionary Force, said of his visit to the monastery:

"Seated with Charles Wylie and Tensing beside our host, a rotund figure in faded red, I questioned him about the Yeti – better known to us as the Abominable Snowman. The old dignitary at once warmed to this subject. Peering out of the window on to the meadow where our tents were pitched, he gave a most graphic description of how a Yeti had appeared from the surrounding thickets, a few years back in the winter when the snow lay on the ground." According to the Abbot, the creature was grey haired, about five feet in height, and walked on both two legs and four, in what was described as a "loping" fashion. 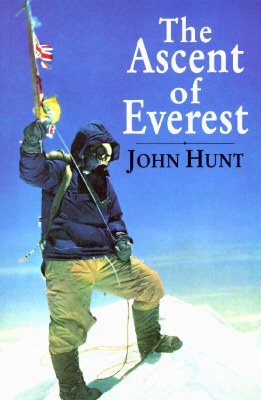 Born in 1907, and an Order of the British Empire, Eric Earle Shipton was an expert mountaineer who, in the early 1950s, just might have secured photographic evidence of the existence of the Abominable Snowman of the Himalayas. It was in the late afternoon of November 8, 1951 that history went down, big time. This was Shipton’s fifth trek to the Himalayas, and specifically to Mount Everest. The group was a large one: also along with Shipman were Earle Riddiford, Edmund Hillary, Bill Murray, Michael Ward, and a variety of Sherpas. As the expedition came close to its end, Shipman, Sherpa Sen Tensing, and Michael Ward stumbled upon something extraordinary southwest of Everest, specifically on the Gauri Sankar, a 23,406-foot-high mountain that stands roughly sixty miles from Kathmandu.

A summary of what was found appeared in the pages of Eric Shipton: Everest & Beyond, by Peter Steele: "Shipton took photographs of Ward standing beside the tracks. Lower down they were more distinct with sharply defined edges, twelve inches long by five wide; a big rounded toe projected slightly to one side, the second toe was separate, and the lateral three toes were smaller and grouped together. To give an idea of the scale, Shipton photographed his ice axe and Ward’s boot beside one of the prints, which appeared to have been made with a day or so. Ward, even now, says the footprints were absolutely as Shipton described them. Ward thinks that several footprints might have been superimposed on each other, as might be made by men walking in single file." 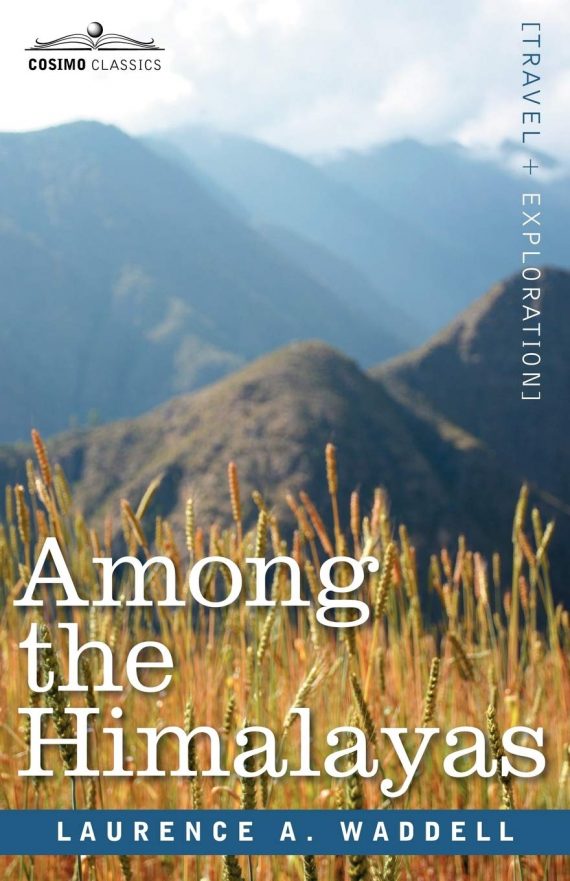 There's nothing new about this, however. The stories go back a long way: Just one year before the turn of the 20th Century [italics mine] Laurence Waddell’s book, Among the Himalayas, was published. In the book, Waddell described how a number of Tibetans had told him of huge, hairy, ape-like animals that moved like people and which lived in the mountains. Waddell put little faith in the accounts, despite having personally come across some intriguing, large footprints in the snow. The reports from Hodgson’s team, coupled with that of Waddell, provoked short waves of interest; it wasn’t, however, until the 1920s that matters heated up. Moving on, there's the matter of the Nayalmo, a huge Yeti said to dwell in the Himalayas. Cryptozoologist Bernard Heuvelmans came straight to the point: "The Nyalmo are real giants, between 4 and 5 m high [italics mine] with enormous conical heads.” He continued: “They wander in parties among the eternal snows above 4000m. In such empty country it is hardly surprising that they should be carnivorous and even man-eating." Heuvelmans added: "Do they really exist, or are they just a myth?" He admitted to having heard of accounts of Yetis with feet around 45 to 60 cm in length, but was careful to qualify this by stating that: “…the evidence is far too slender for us to draw any satisfactory conclusions. Possibly the Nyalmo are an invented addition based on the belief that Yetis increase in size the higher you go.”

Loren Coleman says: "When [Sir Edmund] Hillary went to the Himalayas to look for the Yeti, he and his collaborator, journalist Desmond Doig, noted that there were several unknown primates said to be there still undiscovered in any formal way. Among the varieties was one called the 'Nyalmo.' Hillary and Doig learned of the Nyalmo in north-central Nepal. It was said to be 'giant-sized (up to twenty feet tall), manlike, hairy, and given to shaking giant pine trees in trials of strength while other Nyalmos sit around and clap their hands.'" What all of the information above shows us is that there is a fascinating body of material available on the Abominable Snowman, if you know where to find it. One day, maybe, someone will rectify things by writing the ultimate Yeti/Abominable Snowman book for the 21st century. I hope so!

The Bizarre and Mysterious Case of the Eriksson Twins