How can a regular creature become a monster? I'll tell you: when it grows to become a literal giant. I'll begin with the world of the spider. In 2001, English cryptozoologist Dr. Karl Shuker heard a fascinating story from explorer Bill Gibbons, who spent a great deal of time investigating reports of the Congo’s most famous monster, the long-necked Mokele M’Bembe. The story dates back to 1938 and the experiences of a pair of explorers, Reginald and Margurite Lloyd. While negotiating a jungle pathway in the heart of the Belgian Congo, they saw something very strange step out in front of them. Their first thoughts were: was it a small crouching person, or a similarly crouched monkey? To their eternal horror, it quickly became clear it was neither. What it actually was, was a gigantic spider, one that had legs which spanned four feet! Reginald Lloyd, realizing the enormity of the situation – never mind the enormity of the creature – quickly reached for his camera. Unfortunately, the beast raced across the track and vanished into the undergrowth before he could capture what would, most assuredly, have been a priceless picture. The pair was in doubt about what they had encountered, however: a truly giant.

How about a massive frog? The state of Minnesota is known as "The land of 10,000 lakes." And with very good reason, too: it’s positively teeming with lakes. The actual figure is a highly impressive 11,842. Which brings us to a certain event that occurred in 2013 at Lake Itasca, which is located in north-central Minnesota. As you may guess, we are talking about a lake monster. But, we’re not talking about something akin to Ogopogo or Nessie. And we’re not talking about a huge, expansive body of water, either. Lake Itasca is actually less than 2-square miles in area and has a depth of 35-feet. But, for such a small lake, it is home to a big mystery. And to a big monster, too. Unlike the aforementioned Nessie and Ogopogo, however, to the best of my knowledge, the creature of Lake Itasca has only been seen and reported once. 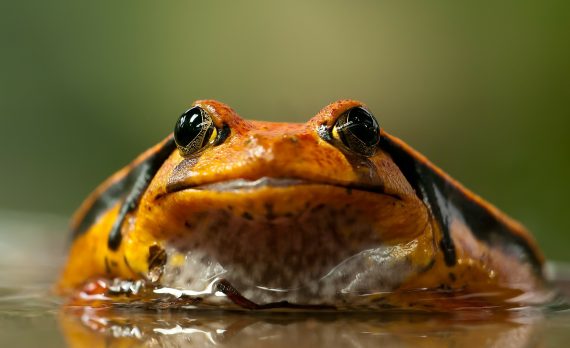 Don is a keen outdoorsman who lives in Minnesota’s Clearwater County (which is also the home of Lake Itasca) and someone who had an extraordinary encounter at the lake in March 2013. Yes, it was with a leviathan of the deep. But, no, it was not of the famous, long-necked, humpbacked variety so often reported at Loch Ness. Don’s experience involved nothing less than a huge, monstrous frog. We’re talking about a frog of around four-feet in length. According to Don, it was as he strolled along the lake shore with his German Shepherd, Ben, that he saw a sudden disturbance in the water, at a distance of around fifty feet. Puzzled, he continued walking, and kept his dog on a tight leash. Just in case. It was probably a very wise move. As Don closed in, he was both shocked and horrified to see a huge frog crawl out of the water and, for a couple of seconds, peer intently and eerily in his direction. Don, somewhat concerned for his and Ben’s safety, stood frozen to the spot for a few moments. As did Ben. Don quickly thought about taking a picture with his iPhone, at which point the monstrous mutant flopped back into the water, with a powerful splash, and was gone. Such was Don’s amazement, he raced home, got a bunch of provisions, food and bottled water and spent the entire day and night staking out that specific area of the lake. The creature did not return.

Danielle B. is a woman who, for a number of years, lived in the New Mexican town of Aztec – which, just like the far more famous New Mexican town of Roswell, has a crashed UFO legend attached to it. It’s a legend which dates back to March 1948, when, reportedly, a near-intact flying saucer and its crew of diminutive dead pilots were found. But, according to Danielle, she encountered something far stranger at Aztec than deceased extraterrestrial dwarfs and a wrecked flying saucer. It was on one particular day in May 2004 that Danielle decided to spend a few hours hanging out in Aztec’s Hart Canyon – which, curiously enough, is exactly where the alleged UFO is said to have fallen to earth, back in the late 1940s. It was also where Danielle had an encounter with something far worse than aliens. It was a large insect of around four meters in length and racing across the skies. Such was its size, it reminded her of a typical two-seat helicopter. Giant insects in the wilds of New Mexico? That's precisely what Danielle suggested to me when we met. Now, let's move onto something completely different.

John Warms, who has extensively studied reports of monstrous beasts in Manitoba, Canada, has uncovered tales of giant, marauding beavers in not just Manitoba but also in areas stretching from Alaska to Florida. The term "giant" is not an exaggeration, as we’re talking about beavers the size of people and even larger! As incredible as it may sound, such beasts really did once exist. Warms says: "Today we know from recovered bones that the giant beaver is in a separate classification from the one we know so well as Castor canadensis. It has been named Castoroides ohioensis after the state where its remains were first documented." Warms also notes that he has a number of reports on-file of "bear-sized beavers," as well as sightings of huge beaver lodges that come close to the size of an average house. 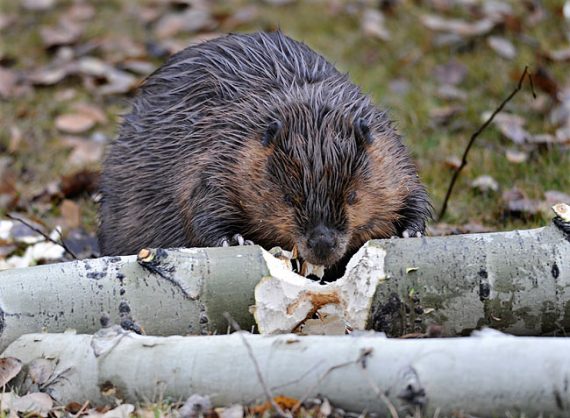 Finally, deep in the heart of North Wales there exists a large expanse of water called Lake Bala. You may say, well, there’s nothing particularly strange about that. You would be correct. Lake Bala is not out of the ordinary, in the slightest. But what is rumored to dwell in its dark depths most assuredly is out of the ordinary. It’s the domain of a violent lake monster called Teggie. The monster, however, is a giant-sized pike. Or, more likely, a significant number of Teggies. Some locals, who claim to have seen the Teggies at close quarters, say the creatures specifically resemble huge, violent, northern pike. They are ferocious fish that can easily grow to four feet in length; occasionally five; and, rumor has it, even six. If, however, the Teggies are northern pike, then they would have to be true giants, since witnesses claim that the creatures they encountered in Lake Bala were in the order of ten to fifteen feet. No-one, surely, needs telling that a too close encounter with such a creature would result in a swift and bloody death – but not for a Teggie, though.