It's pretty inevitable that if you have been involved in subjects like UFOs, Cryptozoology and conspiracy-theorizing for a long time, your thoughts, beliefs and conclusions are going to alter - whether to a mild degree or to a significant degree. For example, had someone said to me when I was twenty that by the time I was in my thirties I would have totally dismissed the theory that aliens crashed outside of Roswell, New Mexico in early July 1947, I would have laughed. Or, just outright dismissed them. But, the fact is that I did change my mind. Very much the same goes for me and the Rendlesham Forest "UFO landing" of December 1980. Earlier this year I wrote a book titled The Rendlesham Forest UFO Conspiracy. It presented a controversial scenario. Namely, that nothing of an extraterrestrial nature occurred. Rather, that it was a series of secret, military experiments. With all of that in mind, I thought today I would show you what I think is the ultimate example of mind-changing in the world of UFOs. It's a story that revolves around a man named Gordon Creighton.

For years, Creighton was the editor of the once-very-popular magazine, Flying Saucer Review. When he passed away in 2003, none other than the U.K.'s Times newspaper ran an obituary on the man himself. An extract from that same obituary reveals the following: "Government service occupied most of the working life of Gordon Creighton, but he perhaps made his greatest mark as an authority on unidentified flying objects. His conviction that extraterrestrials were visiting Earth seemed oddly at variance with the more orthodox worlds of diplomacy and Whitehall. His expertise took him into government research on maps in oriental and other languages with the Permanent Committee on Geographical Names, and he spent eight years as an intelligence officer on Russian and Chinese affairs at the Ministry of Defense. It is said that in the intelligence post he worked directly below the secret Whitehall department where the Air Ministry and the RAF were studying information on UFOs."

Like so many people who got into the UFO subject in the late 1940s and early 1950s, Creighton strongly believed that the Flying Saucer phenomenon was the result of visitations to the Earth by extraterrestrials from faraway worlds. It should be noted, however, that over time Creighton's views on the overall mystery began to change. By the latter part of the 1970s, it was very clear to his colleagues that Creighton was edging away from the extraterrestrial theory and towards something very different. And, what might that "something" be? Well, I'll tell you. None other than the Middle Eastern Djinn. The late Rosemary Ellen Guiley was an acknowledged expert in the field of the Djinn. Rosemary said: "In Arabian lore, djinn (also spelled jinn) are a race of supernaturally empowered beings who have the ability to intervene in the affairs of people. Like the Greek daimones, djinn are self-propagating and can be either good or evil. They can be conjured in magical rites to perform various tasks and services. A djinni (singular) appears as a wish-granting 'genie' in folk tales such as in The Book of 1001 Nights collection of folk tales." 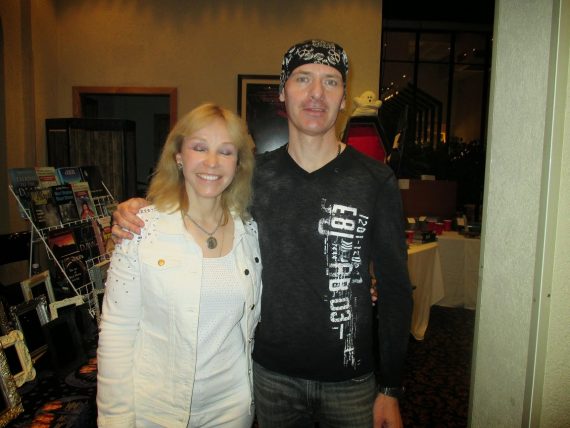 Rosemary added: "In Western lore djinn are sometimes equated with demons, but they are not the same. They are often portrayed as having a demonic-like appearance, but they can also appear in beautiful, seductive forms. The djinn are masterful shape-shifters, and their favored forms are snakes and black dogs. They also can masquerade as anything: humans, animals, ghosts, cryptids, and other entities such as extraterrestrials, demons, shadow people, fairies, angels and more." Rosemary offered more on the Djinn: "They are born of smokeless fire (which in modern terms could be plasma). They live very long lives but they are not immortal. According to some accounts, they live with other supernatural beings in the Kaf, a mythical range of emerald mountains that encircles the Earth. In modern terms, they live in a parallel dimension."

For Creighton, all of that amounted to a major change of mind: from aliens to Djinn. And no looking back.

Neanderthals and Homo Sapiens Were Involved in a 100,000 Year Battle