Witchcraft and Strangeness Surrounding the Production of the Movie ‘The Craft’

Throughout the history of movies there have been certain productions that have managed to attract to them a certain amount of strangeness and tales of weird incidents. Such tales of the paranormal take the form of everything from bizarre, unexplained oddities to full on curses, and they manage to bring together the worlds of Hollywood and the paranormal in a unique and intriguing way. One of these is a film centered on the story of witches, which during its making seems to have conjured up something truly odd and possibly paranormal.

The Craft is a 1996 film directed by Andrew Fleming and written by Peter Filardi, starring Robin Tunney, Fairuza Balk, Neve Campbell, and Rachel True as four high school girls who become involved with the world of witchcraft, performing rituals, casting spells, and displaying powers for their own gain before things begin to spiral out of control. The film’s mix of high school drama and the supernatural, as well as its message of female empowerment and decidedly progressive feel, have helped it to become an iconic and massive cult classic beloved by audiences everywhere. However, being based on witchcraft as it is, there should perhaps be no surprise that there were some rather strange things going on behind the scenes and during the shoot. Indeed, some of the weirdness going on during the making of The Craft is every bit as strange and interesting as what happens on screen.

One of the most interesting things about the film is that there was an actual witch hired by the filmmakers to serve as a consultant. They wanted to make sure that the scenes during the movie depicting arcane rituals were as realistic as possible, and to this end they hired Pat Devin, a Dianic Elder Priestess and member of Coven Ashesh Hekat, one of the largest and oldest Wiccan religious organizations in the United States, who ensured that the rituals and chanting were as authentic as they could possibly be, making the witchcraft accurately portrayed, even going as far as to craft chants specially for the movie, supposedly even writing a spell to help the movie be number 1 at the box office, which seems to have worked. It has also been said that actress Fairuza Balk was also into real witchcraft and a practicing Wiccan, and she even bought a store of pagan and occult merchandise called Panpipe’s Magickal Marketplace during her research into her character. It may have been this high degree of accuracy and authenticity that would contribute to some of the weird things that would go on during filming.

One of the creepiest and most inexplicable incidents that happened on set was during shooting a scene on a secluded beach, in which the witches perform a ritual called “Calling of the corners.” Since the scene was filmed on location on a real beach, the filmmakers consulted with the park rangers in order to make sure it was filmed during a low tide cycle, yet nevertheless the ocean began behaving strangely during the scene. According to director Fleming, every time they began the ritual the waves would rise up and knock over the candles that had been set up for the scene, as well as put out the fire they had made. This apparently only happened during the chant, and as they continued on the waves allegedly got more violent until they actually washed away the whole set, much to the bafflement of the park ranger. Fleming would say of the scene and its weirdness in an interview with The Guardian:

We had a crane out there because it had these overhead shots, and in order to shoot that fire they built in the film you have to run a gas line, and then it looks like the wood is burning but it’s actually like barbeque gas and jets underneath the sand. So we spotted that weeks, months in advance, with a park ranger who told us where the high tide stops. We picked a spot further away so we would be safe, and we were shooting at I think a medium tide. Fairuza Balk was a practicing Wiccan, and she said, "You really shouldn’t be doing this here," something kind of foreboding. And I said, "Well, we have to forage ahead, we’re making a movie." Whenever they started calling the corners, it seemed to me that the waves started coming up and crashing louder. And finally, this one point we had the camera up overhead and it was spinning around, this huge wave came and wiped out the whole set, and the park ranger said, "I don’t understand, this is low to medium tide." So we kind of had to stop. And you can kind of see in the movie in one of the shots where the camera’s overhead spinning around, the waves come up and put out the fire.

The strangeness doesn’t even seem to have ended with the anomalous waves, as there was another occasion in the same scene when the character Nancy is screaming as a lightning bolt is about to strike her, and during one take of this all of the equipment on set suddenly and mysteriously lost power. On yet another occasion a flock of crows suddenly descended upon the scene, delaying shooting while the crew cleared them out. Writer Filardi would speculate that it had to do with the location being the beach, and its connection to witchcraft, saying:

The beach is a power location in earth magic and was always present in the script. When you build a fire on a beach, all four elements are brought together: “Where earth meets wind meets water, we bring fire.” When you have four girls, representing four elements, four seasons, four directions, four evangelists, and unite them at a beach with fire…that’s when the shit goes down!

On top of this, there was allegedly a white owl that followed the cast and crew around wherever they went. The owl would apparently show up at several locations during the shoot, just sort of inscrutably watching them, and it was a frequent enough occurrence that it was hard to explain. Actress Rachael True would say of it:

There was definitely weird energy around, and we were followed around by a white owl to several different locations. Neve pointed out this white owl that was following us around from different sets. I was like, “That’s weird.” But I was new to California and I was like, “Maybe it’s just full of owls. I don’t know.” 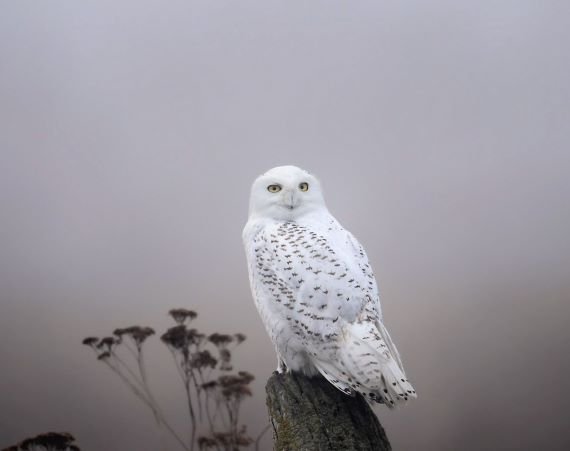 There was so much concern that the real witchcraft being depicted on screen with such accuracy was the cause of these odd occurrences that during the making of the subsequent sequel/soft reboot The Craft: Legacy, the filmmakers made sure to hire three different occult experts, including witch Aerin Fogel, to make sure that all of the rituals and spells were being done safely. Fogel has explained that magic can be very tricky to work with and possibly dangerous, even it is just for show in a film, and has said of her role in the production:

My role here with the film is to make sure that anything that pertains to something that might be occult that it’s accurate. So any of the space where the girls are practicing magic or where they’re experimenting with ritual and starting to open up their power a bit. Those are all things that I’ve been consulting on to make sure that they’re accurate to the way that someone who practice ritual who has an interest in the occult, who works in the esoteric realm, that it’s authentic to the way we would actually practice in our day to day lives. But also making sure that things are cared for energetically with the film as well. If we’re doing spells and rituals and all sorts of practices that are part of the film, magic doesn’t know you’re acting. So I’ve also been doing some work in my own time and also with the cast and crew so they feel supported. And that any energetic space that are opened through the practice in the film are also closed at the end of it.

What was going on during this shoot, and were they perhaps channeling strange forces in through their rituals? Or is this just another piece of movie lore to add to the already impressive list of such things? Is there anything to these oddities? Whatever the case may be, The Craft is seen as an iconic cult classic, and perhaps its depicted witchcraft is a little more real than many might suspect.

Crop Circles: From One Theory to Another