A Controversial Case of a UFO Contactee and Mind-Control

Scoriton is an old, inviting English village that sits on the border of a huge expanse of wilderness called Dartmoor. Ancient monuments pepper the landscape, as do Bronze Age-era remains and remnants from the Neolithic era. The South Devon website state: "A tiny village almost on the eastern edge of Dartmoor, 3 miles northwest of Buckfastleigh. Set in wild beautiful moorland. Direct access to open moorland walks, including Scorriton Down with a well known stone circle. On the Two Moors Way. There is a church, pub and accommodation." And that's about it. Except, that is, for a UFO encounter  of bizarre proportions that has largely been forgotten. Back to Dartmoor: it was perhaps made most famous by the fact that it’s where Sir Arthur Conan Doyle set much of his classic Sherlock Holmes story, The Hound of the Baskervilles. In 1965, the area was briefly in the local news when that strange UFO incident occurred. It was an incident – or rather, a series of incidents – that briefly caught the eyes and ears of the locals - and of the media and ufologists, too.

It was on April 24, 1965 when a man named Arthur Bryant – who lived in Scoriton and who was outside at the time of his sighting – had an encounter of the close-up type. He was stunned by the sight of a Flying Saucer suspended in the sky, at a very low level and over a nearby field. Bryant was rooted to the spot – due to a combination of amazement and fear – as the strange craft suddenly descended to the ground. It’s hardly surprising that Bryant was the only witness to the landing: even today the village is comprised of less than thirty houses. Also, most people would have likely been at work during the day. The stark reality suddenly hit Bryant: he was all alone with a craft – maybe even a crew - from another world. 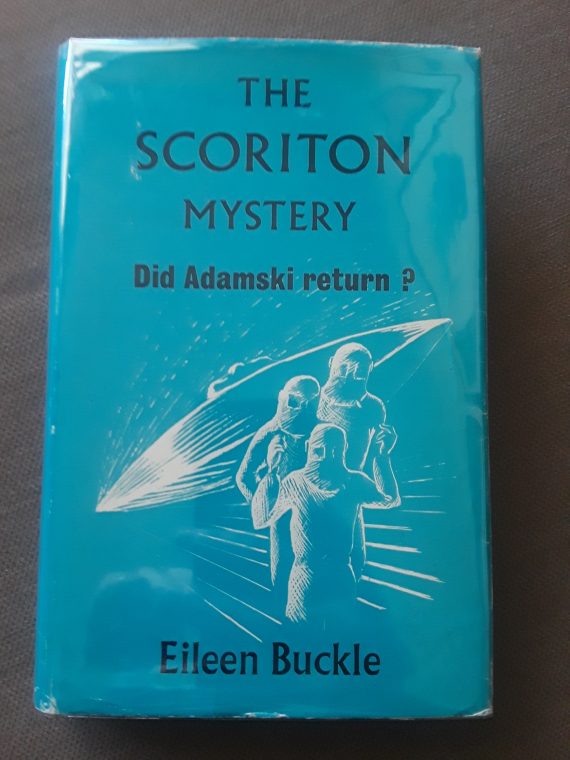 On reaching the strange-looking vehicle, Bryant saw a trio of entities exit from it. They looked human, but there was just something about them that made Bryant realize they weren’t everyday people: their foreheads were somewhat higher than normal and they appeared to have difficulty breathing. Weirdest of all, they lacked thumbs. As for their clothing, they were identical: silver, one-piece outfits. The group from the stars slowly approached Bryant. One of them came closer still: he spoke English and claimed that he hailed from none other than the planet Venus. Not exactly the kind of thing you expect to see and hear on the average day in a tiny English village. Incredibly, Bryant said he was taken on-board the spaceship, essentially so he could have a good look at it. No one can say that the aliens weren’t generous. Moments later, Bryant was motioned to leave the UFO. He did as he was told: he watched as the vehicle and its crew took to the skies and vanished. It must be said that much of Bryant’s story was, and still is, difficult to believe. It all sounds very much like Bryant concocted the story after watching a couple of classic 1950s-era sci-fi movies: specifically The Day the Earth Stood Still and This Island Earth, portions of which most definitely echoed Bryant’s story (such as the aliens in This Island Earth, and in Bryant's case too, having those aforementioned large foreheads).

Largely due to Scoriton being so small, it didn’t take much time before all of the villagers knew of what Bryant claimed to have experienced. Then, in quick-time, the local media was onto the story. Bryant’s story grew even more: it was – almost inevitably - splashed on the pages of the national newspapers, too. One of those who saw the story was a woman named Eileen Buckle. She just happened to be a UFO researcher and writer – and someone who went on to write the definitive book on Bryant’s claims: The Scoriton Mystery. It was published in 1967. It seemed to have been yet another fantastic UFO encounter of the type that have been described all over the world and for decades. Except for one thing: tragedy was looming large for Bryant. In quick-time he died of an aggressive brain-tumor. In the wake of his death there were rumors that Bryant had actually been subjected to some kind of MK-Ultra-type technology. In other words, the events were fabricated to see how, and to what extent, the human mind could be fucked with. Real aliens? Or, ruthless scientists and technicians acting wildly out of control and with zero morals? More than half a century later we will likely never know. That is, unless someone reading this article knows better...