One of the weirdest and most enduring facets of the UFO phenomenon is that of the mysterious mutilations of cattle and other livestock that have turned up in UFO hotspots all over the world. The state of these corpses really runs the gamut of the odd, with carcasses variously found with parts of the body excised with surgical precision, drained completely of blood, missing vital organs, and often reported as showing little to no sign of scavenger activity, decomposition, or even flies buzzing about. Reported throughout the world, the cattle mutilation phenomenon has become a major feature upon the landscape of UFO and alien weirdness, baffling investigators for decades, and although there have been many attempts to explain it all away it remains stubbornly lodged away within the lore. Among these there are occasionally cases that prove to be even weirder than most, and which show that cattle and animals are not the only target of the spooky UFO mutilation anomaly. 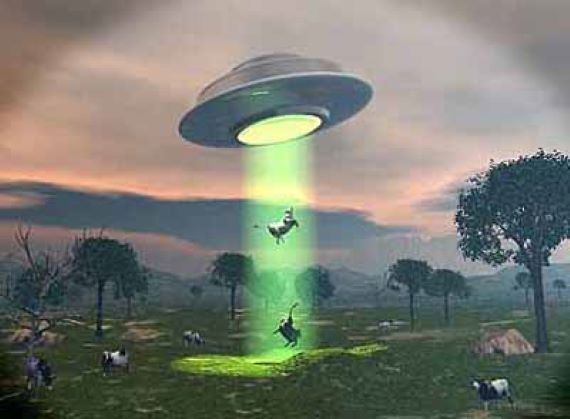 The bizarre case that we will be looking at here can supposedly be found buried within the body of reports compiled during a short-lived U.S. Air Force project and precursor to the more famous Project Blue Book, called Project Grudge. Taking over from a Project Sign, Project Grudge sought to investigate unidentified flying objects and aerial phenomena in an attempt to reach an unbiased consensus on it all using a scientific approach and standard intelligence procedures. For a project supposedly meant to be unbiased and to be looking for answers, it mostly ended up taking the stubborn approach that none of this was caused in any way by alien forces or extraterrestrial intelligences, and for the most part treated the UFO phenomenon as a whole as absurd, devolving into what one Dr. Michael D. Swords would describe as “an exercise of derision and sloppy filing.” They actively tried to pigeonhole all UFO reports into the mold of mundane phenomena, such as misidentified clouds, stars, aerial phenomena such as sun dogs, conventional aircraft, planetary phenomena such as Venus, swamp gas, and “misinterpretation of various conventional objects,” as well as lies, hoaxes, and mass hysteria, you name it, as long as it wasn’t aliens, no matter how inexplicable the case might seem and usually with very little actual investigation done to back up these claims. They were known as being active debunkers of the UFO phenomena rather than truth seekers, all culminating with the official Project Grudge conclusion:

There is no evidence that objects reported upon are the result of an advanced scientific foreign development; and, therefore they constitute no direct threat to the national security. In view of this, it is recommended that the investigation and study of reports of unidentified flying objects be reduced in scope. Headquarters AMC Air Material Command will continue to investigate reports in which realistic technical applications are clearly indicated. It is apparent that further study along present lines would only confirm the findings presented herein. It is further recommended that pertinent collection directives be revised to reflect the contemplated change in policy.

The 600 page Grudge Report would be full of wild debunking, and after operating from February to December of 1949 Project Grudge would be dissolved to make way for Project Blue Book. Yet although Project Grudge is all mostly seen as an exercise in spite towards UFOs and the people who think there is more to them, there are some exceptions. One of these is a top secret alleged document called “Project Grudge Report 13,” which the military denies exists, but which purportedly contains a report on the time an Air Force sergeant apparently became a human victim of the mutilation phenomenon. 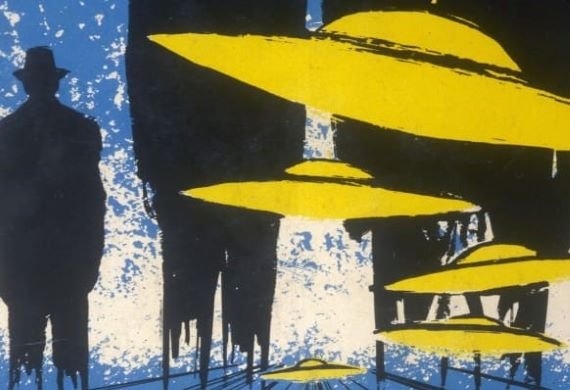 The spooky case allegedly involves two men, an Air Force sergeant Jonathan P. Lovette and Major William Cunningham, who were assigned to the White Sands missile testing grounds near Holloman Air Force Base in New Mexico. In March of 1956, the two were out in the desert tracking down debris that had fallen during a recent rocket test. As they picked through the desolate landscape looking for fragments and pieces, they separated, and at some point Cunningham heard a loud, sharp scream from Lovette from over a dune. The Major ran to see what had happened, and found something beyond rational explanation, indeed beyond anything he could have imagined.

Upon crossing the dune, Cunningham alleged that he found Lovette being dragged across the sand by a “long, serpentine arm,” like a tendril of some sort, that was wrapped around his legs and yanking him towards a large silver disc nearby. Cunningham was too shocked to react, and as he looked on in horror that bizarre tentacle reportedly pulled the Sergeant into the bowels of the UFO, which then silently shot up into the starry sky. Throughout all of this the only sound was Lovette’s screams of panic and pain. As soon as the UFO was gone and he had regained his senses, Cunningham then ran all the way back to the jeep and frantically radioed for help. It would turn out that radar operators had picked up an anomalous signature at around the same time as the strange encounter, and a thorough search of the area found no sign of Lovette despite scouring the area for miles. It was as if he had just vanished into thin air. It would not be until three days later that his fate would become known, and push the whole thing further into the realms of the weird.

It was after three days of frantic searching that Lovette’s body would be found around 10 miles from where he had disappeared. The corpse was nude, and found to have been sitting out there in the desert for perhaps 24 to 48 hours, despite the fact he had been missing for three days. However, the strangest thing of all was that the corpse had been gruesomely mutilated in a most unusual way. Lovette’s tongue had been cleanly removed with surgical precision, his eyes had been taken out, his internal organs were missing, and both his anus and genitals had been cleanly detached from the body, all of it done with expert skill. There was also the unsettling fact that the body was missing all of its blood, with not even a single drop remaining, yet coroners would find that there was no collapse of the veins that would be expected with such a draining. How had his body come to be in such a state and what connection did it have to Cunningham’s claims of UFOs and tentacles? No one really knows, and the mysterious Project Grudge Report 13 gives no answers.

It is all a pretty wild and spectacular story that has gone on to be much discussed in ufology circles to this day, but there is little in the way of concrete verification for any of it. It is supposedly from one of the still classified reports within the Grudge Report, which itself really does exist and has even declassified some information, but which also still holds its secrets. For instance, there are declassified reports 1 to 12, as well as 14, but as for “Report 13,” it is mostly only known through insiders who claim to have read it, in particular a man named William Cooper. Cooper claimed that he had been in charge of analyzing an annotated version of Grudge Report 13 in the early 1970s, and leaked the report out. This was somewhat corroborated by a former Green Beret captain by the name of William English, who also claims to have seen the mysterious report and gave the same information from it. These two men would insist that it was all true, but there has never been any official substantiation, nor even any confirmation or denial concerning whether Report 13 exists or not. In the end, there is no way to know, and we are left to wonder just what happened out at that remote desert location, if anything at all.