A key event of the First English Civil War, the Battle of Hopton Heath (a small village in south Shropshire, England) was fought on Sunday, March 19, 1643 between Parliamentarian and Royalist forces. The battle ended at nightfall, with the actual victory and outcome still remaining matters of very much personal opinion. The Royalists, for example, had succeeded in capturing eight enemy-guns; while the Parliamentarians believed that their successful killing of the enemy commander, the Earl of Northampton, was of equal – if not even greater – significance. Historic UK say of this confrontation: "In the 17th century struggle for power between King and Parliament known as the English Civil War, the two sides again sought to establish control on the battlefield after wintering at home. The armies clashed mid-afternoon on 19th March 1643 at Hopton Heath, just outside Stafford. Lying on the strategic supply route between the royalist capital of Oxford and the ports of Yorkshire, it was important to both sides to control Stafford and the Midlands. In front of his 1,200 troops, mostly cavalry, the Royalist commander, the Earl of Northampton led his forces out to confront a Parliamentarian army 1,500 strong. Although Northampton was killed in action, the battle was indecisive in its outcome." 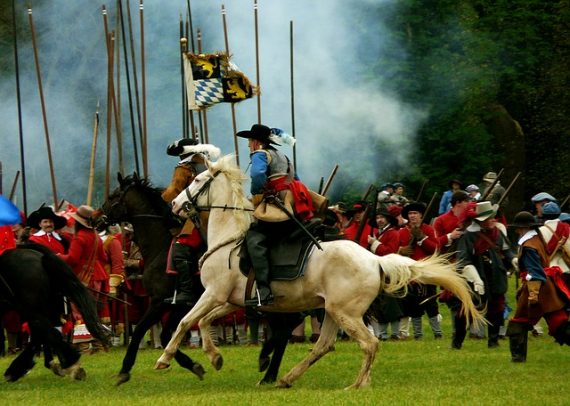 The BBC adds to the story, too: "On 19th March the peaceful Staffordshire countryside was rocked by the boom of 'Roaring Meg', a large field gun used by the Cavalier forces, and so began the bloody battle of Hopton Heath. At first the might of the Royalist Cavalry was too much for the Roundheads to handle, and their infantry formation quickly became disorganised. But the tables turned when the Earl of Northampton fell from his horse in the thick of the Roundhead infantry, and after a vain attempt to fight them off, was killed. With their leading officer slain, and their horse becoming tired from several charges, the Cavaliers were now on the back foot. Victory? This wasn't helped by the arrival of several hundred Parliamentarian foot soldiers who had marched to Hopton from the direction of Newcastle-Under-Lyme. At this point there is disagreement and controversy among historians. The question is: who won? Most present accounts give it to the Parliamentarians, but it's true to say that both sides eventually withdrew from the field; and contemporary accounts are even more divided."

By now, you may be wondering what this all has to do with mysterious of the weird kind. Well, I'll tell you. It all revolves around something of startling significance that occurred at some point in the winter of 1974. It was late at night and then-thirty-six-year-old John "Davy" Davis, a Lichfield, Staffordshire-based house-painter at the time, was driving near Hopton Heath when he began to feel unwell: an ominous tightness developed in his chest, he felt lightheaded, and, as he succinctly put it, "my left ear hurt and felt hot." 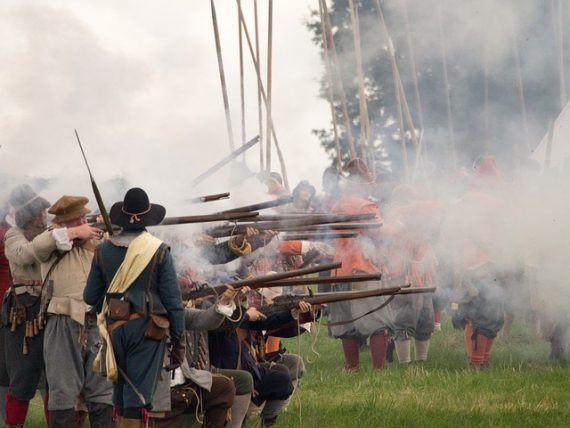 Quickly pulling over to the side of the road, Davis was amazed to see the night-sky suddenly transform into daylight, while the road in front of him no longer existed: instead, it had been replaced by a mass of fields, heath-land and tangled trees. And, in front of him, countless soldiers adorned in what was clearly Civil War-clothing waged harsh war upon one another. Notably, Davis said that although at one point he was "nearly bloody surrounded" by the soldiers, it was almost as if they could neither see him nor his vehicle. This afforded Davis a degree of relief, as he was practically frozen to the spot, and "couldn’t have run if I had wanted to." As it transpired, Davis didn’t need to run anywhere: just a few seconds later, the bizarre scene suddenly vanished, and Davis found himself sat at the edge of the road, with his car squashed against a large line of hedge, and with complete and utter normality returned.

Was this evidence of some kind of brief travel through time and into the past? Or, did Davis witness some kind of huge, ghostly event? I have no answers. Neither did Davis.

First Ever Video of a Tasmanian Tiger Cub Has Been Released