Counterfeiting and forgery – making exact copies of real currency or documents – is against the law everywhere. However, the payoffs can be so lucrative that the practice continues despite ever-increasing security measures, and those who are good at it – i.e. don’t get caught – are often considered to be artists. While generally associated with coins and paper money, a new study found that counterfeiting’s origins date back to the time when chunks of precious metal were used for exchanges, with its value determined by weight. Hoards of silver from the 12th century BCE were found to contain very little of the metal despite looking exactly like it. Were these fakes made by artists, alchemists, or just plain old crooks?

“The small percentage of silver in the pieces of silver, which were mixed with other substances such as arsenic that made them appear silver in color... reinforces the hypothesis that at least for part of the period, it was a deliberate forgery.”

The Jerusalem Post reports on new study to be published in the next edition of the Journal of Archaeological Science. Tzilla Eshel, working on a dissertation at the University of Haifa, was aided by researchers from that school and the Hebrew University of Jerusalem in studying the chemical composition of 35 unearthed hoards of Bronze Age silver found at archaeological sites around Israel. At that time, the area, then known as Canaan, was suffering a shortage of pure silver. Bronze Age Canaan was ruled by Egypt and Eshel speculates that they introduced the idea of counterfeiting to hide the shortage from its rivals. After Egypt left, the lucrative deception continued. Since coins were not yet in use, the counterfeit silver was in ingots. 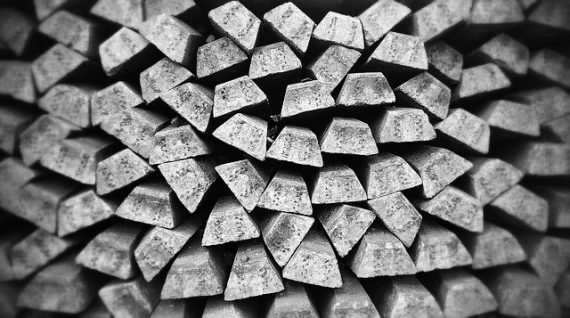 “However, when the researchers examined the chemical composition of these Iron Age caches, they found that they were made of an alloy composed mainly of copper, with the copper content as high as 80% in certain pieces. The researchers also found that substances such as arsenic were also added to these alloys, in order to give the ingot a silver color.”

The fakes weighed the same and were the same color as real silver. Because of that, the deception likely worked, leading to the development of coins that the rulers could the looks of. Of course that merely slowed counterfeiters but didn’t stop them. With the benefit of modern chemical analysis, the team was able to trace the copper used to Timna valley mines is southern Israel.

Counterfeiting is a form of stealing, which people of that time might have recognized as one of the biblical Ten Commandments said to have been given to Moses somewhere between the 16th and 13th centuries BCE. Eshel brings up another biblical passage that he suggests refers directly to the practice of making counterfeit metals.

”In the book of Ezekiel in Chapter 22, the prophet prophesies that he is angry with God over the children of Israel and says: ‘Son of man, the people of Israel have become dross to me; all of them are the copper, tin, iron and lead left inside a furnace.”

Is this equating counterfeit metal to people who are no longer pure of spirit? If it is, it may indicate that the practice was already well-known and widespread at the time.