Bryan Sykes, R.I.P.: Bigfoot, the Yeti and So Much More

As the U.K.'s Guardian newspaper said yesterday, in an article titled "Bryan Sykes Obituary," "The human geneticist Bryan Sykes, who has died aged 73, pushed forward the analysis of inherited conditions such as brittle bone disease and double-jointedness, and was one of the first to extract DNA from ancient bone. The same Bryan Sykes, holder of a personal chair at Oxford University, analysed hair supposedly taken from mythical hominids such as the Bigfoot and Yeti, and announced the results in a three-part television series. His delight in science and enthusiasm for communicating it to popular audiences were both aspects of an expansive personality that alternately inspired and exasperated his colleagues." Let's have a look at some of Sykes' important work in the field of Cryptozoology.

On October 17, 2013, Britain’s Channel 4 reported in a News Release: "New DNA research on hair samples by Professor Bryan Sykes, a leading British geneticist, may reveal the answer to the centuries-old mystery of the Yeti: it is a genetic match to an ancient polar bear. The results feature in a new Channel 4 documentary series, Bigfoot Files presented by Mark Evans, who sets off on a global quest to unlock the real story of Bigfoot." "Yetis," said Channel 4, also known as the ‘Abominable Snowman,' have been recorded for centuries in the Himalayas, with local people and even eminent mountaineers, claiming to have come face-to-face with hairy, ape-like creatures. A photograph of a 'Yeti' footprint, taken by British climber Eric Shipton at the base of Everest in 1951, sparked global Yeti mania." 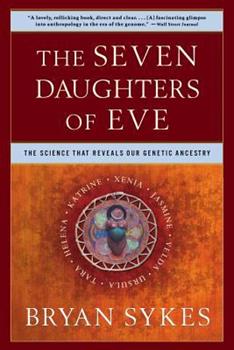 As Channel 4 noted, there was a major, new development in the matter of the Abominable Snowman and the matter of what, precisely, the creature might be: "Bryan Sykes, Professor of Human Genetics at the University of Oxford, set out to collect and test 'Yeti' hair samples to find out which species they came from. In particular he analyzed hairs from two unknown animals, one found in the Western Himalayan region of Ladakh and the other from Bhutan, 800 miles east." After subjecting the hairs to the most sophisticated DNA tests available, and comparing the results to other animals’ genomes stored on the GenBank database, said Channel 4, Professor Sykes "…found that he had a 100% match with a sample from an ancient polar bear jawbone found in Svalbard, Norway that dates back at least 40,000 years – and probably around 120,000 years ago – a time when the polar bear and closely related brown bear were separating as different species." This led Channel 4 to add: "Of the various explanations, Professor Sykes believes that the most likely is that the animals are hybrids – crosses between polar bears and brown bears; the species are closely related and are known to interbreed where their territories overlap."

Professor Sykes, himself, said of his discoveries: "This is an exciting and completely unexpected result that gave us all a surprise. There’s more work to be done on interpreting the results. I don’t think it means there are ancient polar bears wandering around the Himalayas. But we can speculate on what the possible explanation might be. It could mean there is a sub species of brown bear in the High Himalayas descended from the bear that was the ancestor of the Polar Bear. Or it could mean there has been more recent hybridization between the Brown Bear and the descendent of the ancient Polar Bear." Channel 4 continued that Professor Sykes' theory was "…backed up in the Channel 4 series by legendary mountaineer Reinhold Messner, the first man to climb Everest without oxygen, who has studied Yetis since he had a terrifying encounter with a mysterious creature in Tibet in 1986. During his research he uncovered an image in a 300-year-old Tibetan manuscript of a ‘Chemo’ – another local name for the 'Yeti.' The translation of the Tibetan text is clear: 'The Yeti is a variety of bear living in inhospitable mountainous areas.'" 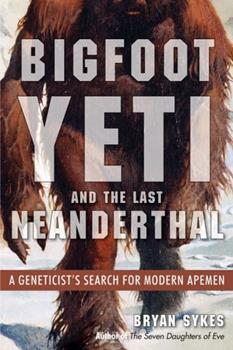 Channel 4 expanded that results had been submitted for publication in a peer-reviewed science journal, adding that Professor Sykes was undertaking additional work to try and resolve the matter, once and for all. "Bear DNA," they explained, "is complex and the exact timing of the split between polar bears and brown bears is controversial. It also begs the question of whether these bears are still in the region now." The channel 4 team was not wrong when it stated: "The Yeti DNA result is part of the most ambitious ‘Bigfoot’ DNA analysis the world has ever seen, the Oxford Lausanne Collateral Hominid Project, which is led by Professor Sykes and has looked at the genetic relationship between our own species of Homo sapiens and other hominids." In 2012, said Channel 4, "Professor Sykes put out a worldwide call for samples from formally undescribed species, such as the Yeti in the Himalayas, Sasquatch in America’s Pacific North West and the Almasty in the mountains and tundra of Russia. All are mysterious creatures that have fascinated cryptozoologists and confounded scientists for decades. The study set out to discover whether 'Bigfoot' is an ancient hominid, a member of the human family like Neanderthals, giant apes or some other species - or whether they are simply hoaxes. It’s a controversial subject, beset with scandals that have destroyed the careers of respected scientists in the past. But Professor Sykes is undeterred."

Sykes commented: "'Bigfootologist"’ and other enthusiasts seem to think that they’ve been rejected by science. Now, I think that's a complete distortion of what science is about. Science doesn’t accept or reject anything. All it does is examine the evidence and that is what I’m doing.”