Not many discoveries hailed as “this changes everything” events actually, do, but a new find adds meat to the skeleton of the history of Monte Albán – the pre-Columbian archeological site at modern-day Oaxaca that contains one of the earliest known Mesoamerican cities and artifacts of its residents, the highly-advanced Zapotec culture that ruled the area for over 1000 years. Researchers from the University of Oklahoma, using ground-penetrating radar, have identified a massive building in the Main Plaza, along with a better picture of what the plaza looked like during its heyday – a picture of monuments and structures that is likened to the National Mall in Washington, D.C.. 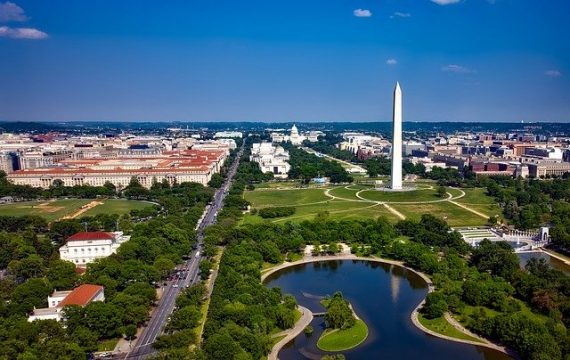 “This discovery changes our understanding of the history of the Main Plaza and how it was organized and used. Everything is deeply symbolic here.”

Marc Levine, assistant curator of archaeology at the Sam Noble Oklahoma Museum of Natural History and assistant professor in the Department of Anthropology, College of Arts and Sciences, made the discovery using lidar laser imaging, drones, land-based ground-penetrating radar, electrical resistance and gradiometry (measures magnetic fields and gravity) to create new high resolution 3-D images of the Main Plaza and its buried buildings and statues. While much has been uncovered by excavation and erosion, the new images show a previously unknown, extremely large building that was probably a temple – making it a key to learning more about the highly ceremonial and ritualistic Zapotec society.

The Zapotecs developed a calendar and a system of writing that used a separate glyph to represent each of the syllables of the language that is believed to be one of the first writing systems of Mesoamerica, predating Maya, Mixtec and Aztec civilizations. Their architecture shows a high degree of artisanship, with elaborate carvings on their mortar and stone structures. Their religion was polytheistic, with their gods generally related to fertility agriculture -- Cocijo, the rain god, Coquihani, the god of light and Pitao Cozobi, the god of maize. Jewelry, beads, shells and other precious stone artifacts found in the mounds of the area are related to the rituals, especially obsidian blades which were used in sacrifices and bloodletting rituals.

Which brings us back to the “this changes everything” temple. Its discovery solidifies the Main Plaza’s role as the center of everything in Monte Albán. However, the real game-changer is the rest of the 3-D images around it. Leveine explains that the Zapotecs placed every monument and every building in the plaza in a certain location and orientation to the others to define and display their significance. The 3-D map will help him and his team discern their meanings – a project he expects will take at least two years.

OK, this may not sound earth-shattering to the layperson, but archeologists and historians know that learning more about the civilization of the sophisticated Zapotecs helps explain and appreciate the rich cultures of Mesoamerica before the more-studied Aztecs and Maya – cultures that rivaled their counterparts around the world in learning, architecture, societies, sports and religions. They were so much more than the human-sacrificing caricatures depicted in history books and movies.

If this discovery changes how Mesoamerican cultures are shown in movies before the Europeans arrived, that would truly change everything.