Colin Wilson: Outsider of the Paranormal

The famous Existentialist author Colin Wilson also wrote extensively on the paranormal. Of the 118 books he wrote before his death in 2013, nearly one-third focused on exploration of the supernatural and unexplained. Wilson came to fame in 1956, at just 24 years old, on the publication of his philosophical classic The Outsider, a study of alienation and nonconformity in Western society. In 1970, in need of money, he accepted assignment from his editor to write a book about occult mysteries. Now a new documentary film about his life based on his autobiography, Dreaming to Some Purpose, is planned. 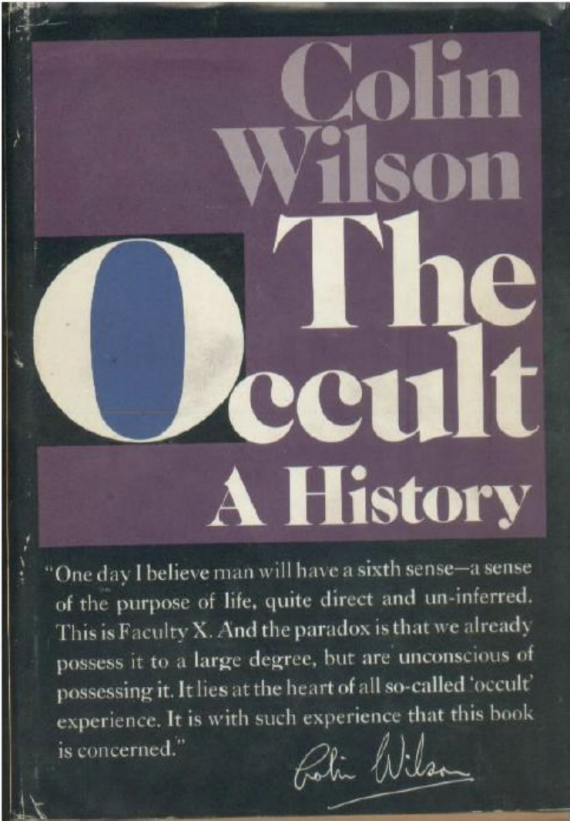 My own interest in Colin Wilson concerns his work as a prolific historian of the occult. By Wilson's own admission he began with little interest in the subject. That is, until he uncovered what he considered voluminous, compelling evidence for the reality of paranormal phenomena while writing The Occult: A History, published in 1971.

“. . . a commission I had treated almost as a joke had begun to interest me. I had assumed, to begin with, that ghosts were a superstition. Then I discovered that they had been believed in by every civilisation for thousands of years, and began to feel that perhaps my dismissive attitude was a mistake.”

He referred to the book as "kind of awakening" to the other half of the universe he had been ignoring. He realized paranormal experiences had been hiding from him in plain sight, even in his own life. The curious accounts of respected friends and colleagues as well as his own telepathic experiences with his wife, Joy, further convinced Wilson of the ubiquitous nature of the paranormal.

Wilson would later adopt paranormal encounters as part of his positive Existentialist philosophy. To Wilson, just like sex and crisis, brushes with the unexplained were examples of the peak experiences that could cure the seeming meaninglessness of life. According to Wilson, the eventual consequence of prolonged exposure to the supernatural will be transformation of life as we know it.

"Some forces . . . are in touch with us and arrange weird synchronicities which suddenly make us think there is something more than one assumes to this ordinary, boring, material world, to what Heidegger called the ‘triviality of everydayness’. Our purpose in the world is eventually to enable spirit to conquer matter, to get into matter to such an extent that there is no longer any matter. As George Bernard Shaw said, what started off as a whirlpool in pure force ended in a whirlpool of pure mind, intellect. That’s the ultimate aim." 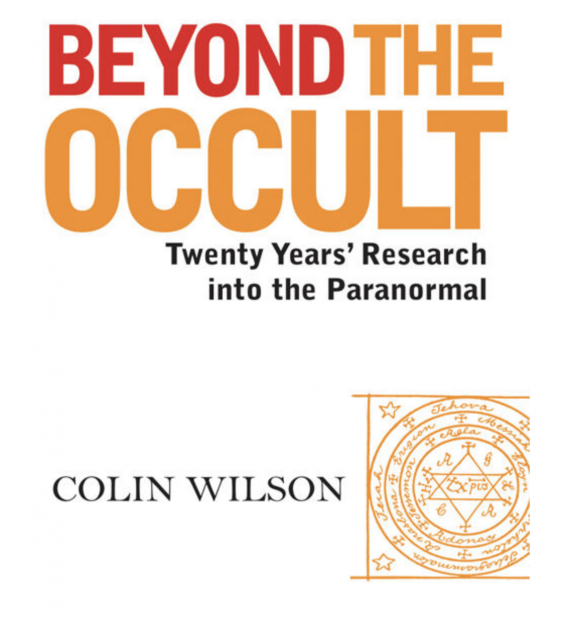 The follow-up to Wilson's chronicle of the paranormal past came in 1978 with the publication of Mysteries: An Investigation into the Occult, the Paranormal, and the Supernatural, Wilson's own firsthand investigations into modern accounts of a variety of unexplained phenomena. The final book in this encyclopedic trilogy, spanning some 1,600 pages, entitled Beyond the Occult: Twenty Years' Research into the Paranormal, published in 1988, sought to construct a unified theory of the paranormal.

"Clearly, life itself is in another dimension from this physical world we’re living in. It appears to run in some weird way parallel to the present physical world, but it’s not in the physical world, and can’t be accounted for in physical terms, which is the great mistake that all materialist scientists make. We’re talking about another level of existence."

Renewed interest in the thinking of this noted explorer of consciousness will hopefully bring new audiences to Colin Wilson's work, especially his books on the paranormal including the following: