Dogmen in the U.K.: A Lesser-Known Phenomenon

Make mention of the phenomenon of the Dogmen, and doing so will likely provoke images of the werewolf-like creatures of Michigan and of Bray Road, Wisconsin. Such are the incredible numbers of reports of these beasts, Linda Godfrey has written an entire handful of books on the subject: Hunting the American Werewolf; Werewolves; I Know What I Saw; Monsters Among Us; The Beast of Bray Road; and The Michigan Dogman. Possibly, there are more by now! But, what about these creatures seen in the U.K.? It's a little-known fact that encounters with the Dogmen in the U.K. can be found all over the place - and they've been seen for centuries. Let's begin with an upright, wolf-like thing known as the Wulver. It’s a fact that within Scottish lore and legend there are tales of what we can term as wolf-men, but which for the Scots the creatures are known as Wulvers – and which spend much of their time in deep waters. 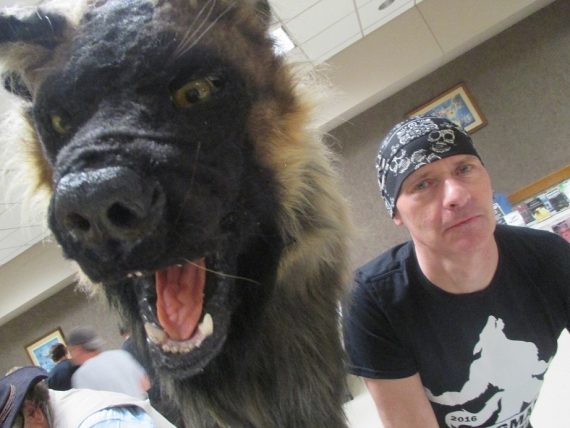 Krystin Scott says of these very often water-based wolf-men that: “Wulvers are fond of fishing and are sometimes called the Fishing Werewolf. They can create fishing supplies out of resources that surround them, either stealing or making them by hand. They are frequently spotted fishing for their daily meal of Sillaks and Piltaks while perched upon a small rock known as a 'Wulver's Stane' which is located in a deep water loch. Wulvers are patient creatures and can spend hours upon hours catching fish. Wulvers are also powerful swimmers and use their speed to catch fast moving fish in the rivers and small lochs nearby.” In her 1933 book, Shetland Traditional Lore, the noted folklorist Jessie Margaret Saxby, wrote: "The Wulver was a creature like a man with a wolf’s head. He had short brown hair all over him. His home was a cave dug out of the side of a steep knowe, half-way up a hill. He didn’t molest folk if folk didn’t molest him. He was fond of fishing, and had a small rock in the deep water which is known to this day as the 'Wulver's Stane.'" Now, let's take a look at a Dog-Man seen at a military base in 1970. And in the U.K.

In 2007, and in response to an article I wrote on werewolves, a man named Wes shared with me the details of his very own sighting of an upright wolf-like animal, thirty-seven years earlier. Wes said: “I encountered a werewolf (lack of better description) in England in 1970, I was 20 yrs. old when I was stationed at RAF Alconbury. I was in a secure weapons storage area when I encountered it. It seemed shocked and surprised to been caught off guard and I froze in total fright. I was armed with a .38 and never once considered using it. There was no aggression on its part. I could not comprehend what I was seeing. It is not human. It has a flat snout and large eyes. Its height is approx. 5 ft. and weight approx. 200 lbs. It is very muscular and thin. It wore no clothing and was only moderately hairy. It ran away on its hind legs and scurried over a chain link fence and ran deep into the dense wooded area adjacent to the base. I was extremely frightened but the fear developed into a total commitment of trying to contact it again. I was obsessed with it. I was able to see it again a few weeks later at a distance in the wooded area. I watched it for about 30 seconds slowly moving through the woods and I will never forget my good fortune to encounter it and to know this ‘creature’ truly does lives among us." 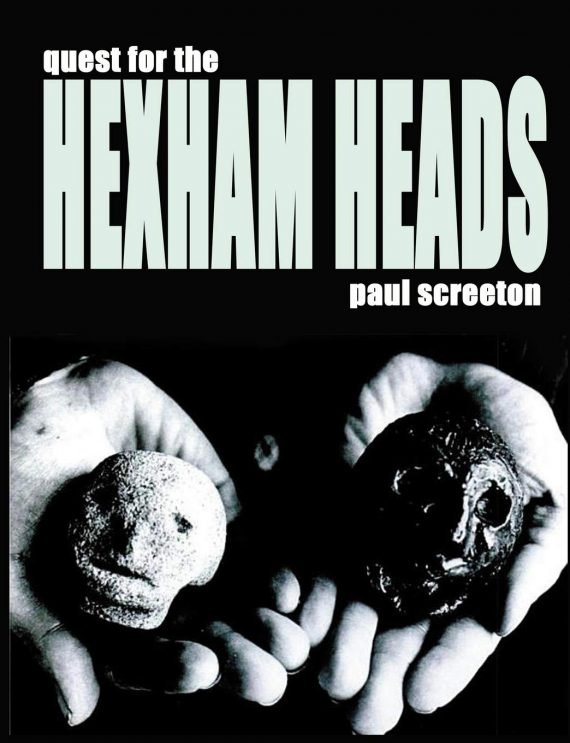 Now, let's look at the story of the Hexham Heads. In 1972, an eleven-year-old boy, Colin Robson, and his younger brother, Leslie, were digging n their parents' back yard in the town of Hexham, England, when they unearthed two carved, stone heads, slightly smaller than a tennis ball and very heavy in weight. Crudely fashioned and weathered-looking, one resembled a skull-like masculine head crowned by a Celtic hairstyle; while the other was a slightly smaller female head that possessed what were said to be witch-like qualities, including the classic beaked nose. Shortly after the boys took the heads into their house, a number of peculiar incidents occurred in the family home. The heads would move by themselves. Household objects were found inexplicably broken. And at one point the boys’ sister found her bed showered with glass. It was, however, the next-door neighbors who would go on to experience the most bizarre phenomena of all.

A few nights after the discovery of the heads, a mother living in the neighboring house, Ellen Dodd, was sitting up late with her daughter, who was suffering with toothache, when both saw what they described as a hellish, "half-man, half-beast" enter the room. Naturally, both screamed for their lives and the woman’s husband came running from another room to see what all the commotion was about. By this stage, however, the hairy creature had fled the room and could be heard “padding down the stairs as if on its hind legs.” The front door was later found wide open and it was presumed that the creature had left the house in haste. Wolfish? Of course!