Dolls in the Walls and Other Weird Hidden Things

The Mirror reports on a viral tweet from the sister of a new homeowner, featuring photos of a tiny, severed doll head, seemingly cemented into the basement wall. One commenter claimed the creepy curio is an example of a cellar baby, an enigmatic fad.

"Those are cellar babies. In the late 60s/early 70s it was a trend in both NYC and California to embed doll parts in the walls of your house, including basements. Sometimes items were hidden inside of these as well, including newspaper clippings and (rarely) cash. Take a look."

However, when I followed up with him asking for more information on cellar babies, the tweeter replied, "I got into the booze and made it up. It seemed funny at the time." 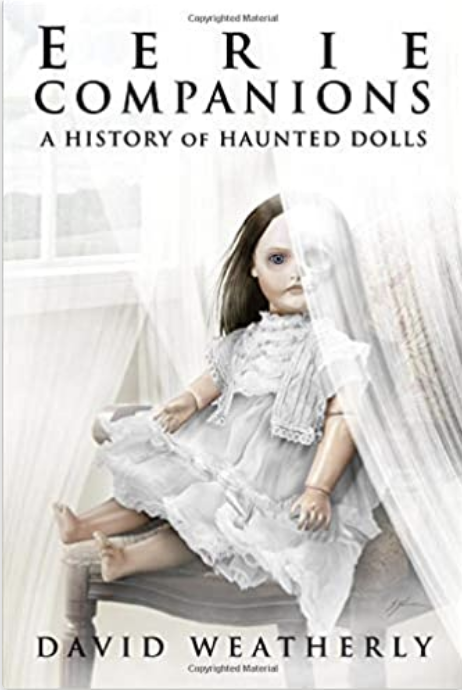 The chubby-cheeked plastic noggin has one blue eye and a dark hole where the other should be. Photos of the unexpected, one-eyed monstrosity staring from the austere cement block of the unfinished basement pushed many into the uncanny valley, capturing the social media imagination. The original tweet inspired thousands of likes, shares, and comments. Probably owing to the common fear and fascination surrounding dolls. A study of the inevitably haunted doll lore can be found in David Weatherly's book, Eerie Companions: A History of Haunted Dolls.

My own interest in the tweet was triggered by the possibility that this doll head could be a modern example of an apotropaic object. Historical apotropaic objects are magical items hidden in the walls or under the floor boards of old houses around the world.

Witch bottles, dried cats, and, yes, voodoo doll-like poppets are the spookiest examples. Unlike whimsical time capsules and curious street art, these ritual concealments, as they are sometimes also known, served as good luck charms, deterrents to evil, and lightning rods for curses. These amulets are a sort of spiritual security system for the house and its inhabitants. Except for poppets. Poppets are evil. The purpose of poppets is most likely to confer a curse rather than protect against one. 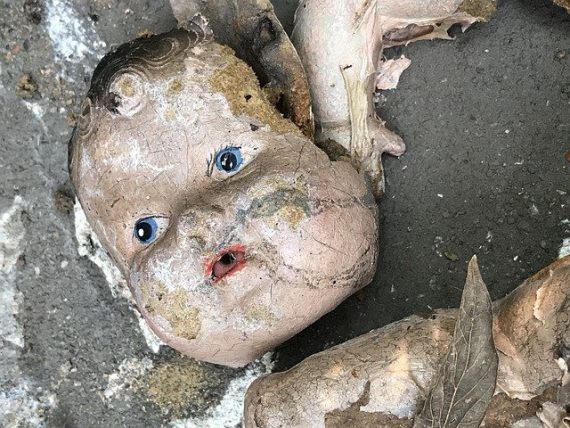 In the case of European finds, most notably in Britain, the items were likely first installed in houses in the 16th and 17th centuries during witch trials. Witch bottles in particular probably date from this time. These charms employed to counter bewitchment are glass or ceramic bottles, usually filled with human urine and small, sharp items to serve as spiritual shrapnel.

According to The Material Culture of Ritual Concealments in the United States by M. Chris Manning, the use of witch bottles accompanied immigrants to North America. Witch bottles were specifically a magical folk remedy to fight mysterious illnesses.

It was believed that by enclosing the victim's urine and other exuviae in a bottle along with pins, nails, or other sharp objects, the witch would experience sympathetic pain and difficulty urinating . . . Heating the concoction was thought to intensify the efficacy of the countermeasure, often resulting in the witch's death.

The occult history of mysterious felines bricked up behind walls have a similar origin. Dried cats or concealed cats, have been coming out of plaster and falling from ceilings for ages.  Posed in an everlasting pounce, these timeless tabbies aren’t to be confused with unlucky cats who just got stuck. A dried cat is a sacrifice placed behind the walls for some purpose.  Sometimes dried rats are also found, locked in an eternal struggle with the mummified mousers. The practice was common to Britain and north central Europe starting in the late Middle Ages, although I've also found one in my hometown of Milwaukee, Wisconsin.

"Various theories have been proposed as to why cats were deliberately concealed in buildings. These theories range from a method of scaring away rodents to a charm to protect the house from evil spirits and familiars, a reduced form of foundation sacrifice, and as a general good-luck charm." 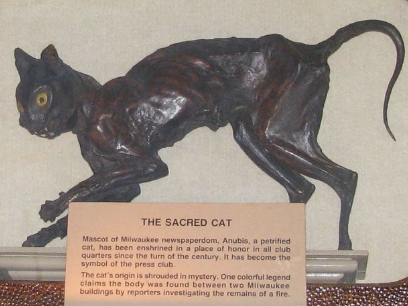 The headquarters of the Milwaukee Press Club, located downtown in the Newsroom Pub displays just such a relic. Poised as if about to attack, with his toothy mouth in a snarl, the mummified feline above the bar is a frightful sight.

During his tenure, the preserved cat, named Anubis, has seen some bizarre pageantry. Not only did he tour the state with press club members, but, in 1914, he had his very own parade down, Milwaukee's main street, Wisconsin Avenue. Anubis was lofted on a funeral bier on a float drawn by six white horses. The procession which included the mayor and 200 white-robed press club members transported the sacred cat to the club’s new headquarters. Today, the likeness of this sacred cat is part of the Milwaukee Press Club logo and as such adorns everything from cocktail glasses to lapel pins to the annual Sacred Cat Award presented to journalistic luminaries nationwide.

Anubis has many different origin stories, but the most reliable comes from The Wisconsin Historical Society. According to society records, he was added to their collections after being found immured in the wall of a farmhouse in Darlington, Wisconsin, 140 miles southwest of Milwaukee. At one time, the cat was stored with other Wisconsin Historical Society artifacts in a wing of the State Capitol. In 1897, mischievous newspaper reporters stole the cat and absconded with him to Milwaukee, later making him the Milwaukee Press Club mascot. 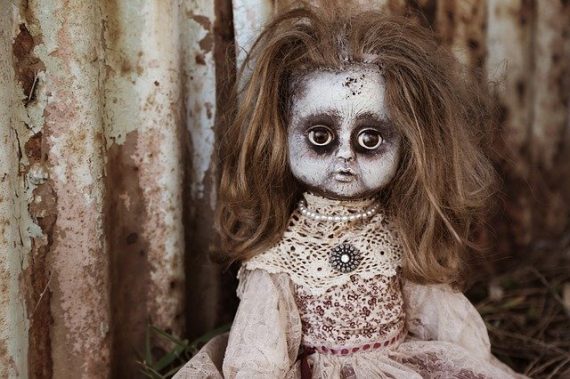 Another common European custom extending into the early 20th century are magical dolls called poppets. Constructed of "clay, wax, wood, or cloth," they were dressed in the scraps of fabric obtained from the clothes of the intended victim. According to Manning, the figures were "pinched, twisted, stroked, burnt, or pricked with pins in the belief that what was done to the poppet would also be suffered by the intended victim."

"Similar objects were described during the Salem trials, when numerous accounts of the use of poppets emerged. When John and William Blye assisted their neighbor, Bridget Bishop, in knocking down an old wall in her cellar, they discovered 'in holes of the s'd owld wall Belonging to the s'd sellar . . . Severall popitts made up of Raggs And hogs Brusells w'th headles pins in Them' . . . Alternatively, some of the poppets concealed in buildings may have served a less sinister role, perhaps representing a symbolic offering to the building or the contribution of a child to a household's spiritual midden."

Perhaps the latest discovery of a spooky doll head embedded in a basement wall is meaningless. And it seems there was no kooky, cellar baby craze of the 1960s or 1970s. However, there is evidence of a far older tradition of clandestine spiritual warfare hiding in our very homes.