The frozen remains of an extremely well preserved woolly rhinoceros have been discovered in the Siberian permafrost and dates back between 20,000 and 50,000 years old although the best estimate is that it is around 34,000 years old.

The remains were so well preserved that about 80% of its carcass was found still intact. Additionally, its hazel-colored hair was still present as well as its teeth, several internal organs, a lump of fat, and a portion of its intestines. A horn was also found near the animal but it is still unclear whether it was a male or female. 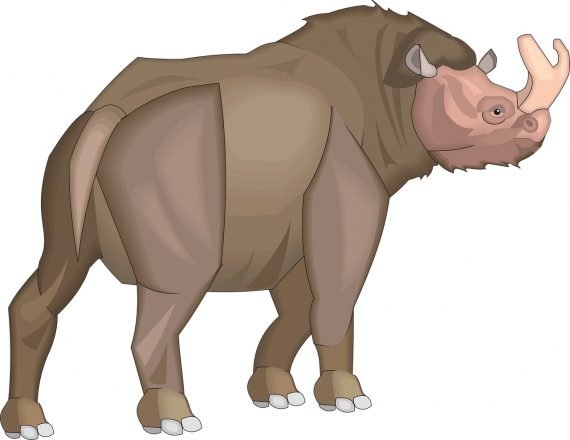 Based on early analysis, the juvenile Ice Age woolly rhino was probably three or four years old when it died. Albert Protopopov, who is a palaeontologist at the Academy of Sciences of the Sakha Republic, stated that the animal probably died by drowning in a river during the summer. He noted how well preserved the remains were by saying, “Among other things, part of the internal organs are preserved, which in the future will make it possible to study in more detail how the species ate and lived.”

The hair that was still present on the animal was pretty significant as palaeontologist Valery Plotnikov from the Academy of Sciences explained, “We have learned that woolly rhinoceroses were covered in very thick hair.” “Previously, we could judge this only from rock paintings discovered in France.” “Now, judging by the thick coat with the undercoat, we can conclude that the rhinoceroses were fully adapted to the cold climate very much from a young age.”

The remains were found in the Abyysky district of the Sakha Republic in August of this year by a local named Alexei Savvin. Interestingly, it was discovered close to the location where the only-known baby woolly rhino was unearthed back in 2014. The baby, which was named Sasha, was only seven months old when it died. Its strawberry blond curls were still intact which was quite rare considering that most of them are grey in color. And based on the baby’s size, it seemed as though woolly rhinos were a lot bigger than today’s rhinoceroses.

As for the latest discovery of the three-or-four-year-old woolly rhino, its remains will soon be brought to Yakutsk. Several pictures of the remains can be seen here.