Stonehenge is not the only ancient mysterious and ceremonial monument where cultures, religions, prophets and profits clash. In Ohio, the ancient mysterious and ceremonial Great Serpent Mound was recently the site of a heated disagreement between Native American leaders and a prayer group that claimed they were there to pray away the dark energy being released from the mound. Needless to say, some harsh and derogatory words were exchanged and the authorities were called to break it up. Will we ever figure out why the followers of peaceful leaders choose settle their differences by non-peaceful means?

“Serpent Mound is an internationally known National Historic Landmark built by the ancient American Indian cultures of Ohio and is on the U.S. Tentative List for possible World Heritage inscription by UNESCO, a designation reserved for only the most authentic and historically significant sites. Serpent Mound is well-known and visited by many people of different faiths and religions. However, there is no question it is a sacred American Indian site.”

That statement by Ohio History Connection (a group of archeologists dedicated to the preservation of Ohio history) wasn’t enough to keep the groups apart at the Great Serpent Mound -- a 1,348-foot-long, three-foot-high prehistoric effigy mound shaped like a snake eating an egg that was built by either the Adena Culture around 320 BCE, or the Fort Ancient Culture around 1070 CE. Neither Native Americans nor archeologists can prove nor agree upon a singular reason why the mound was built (a summer solstice marker or a memorial to Halley’s comet or a supernova are some theories) but all agree that it’s sacred to Native Americans … well, except for the Salt and Light Brigade from Pass the Salt Ministries of Hebron, Ohio.

In a video entitled “Praying Down Satanic Serpent Mounds!”, the group states it came to the Great Serpent Mound to “cleanse the land”, “annul the covenants”, and “release the curses on the land.” This sounds similar to the arguments given for interference at other ceremonial sites around the world, generally deeming these places to be ‘satanic’ and ‘pagan’ – the catch-all phrase for 'not like us'. The group was obviously familiar with some of these practices because they specifically chose the winter solstice for their intrusion. ‘Intrusion’ may be too nice – the site is closed to visitors because of the coronavirus, so this was breaking a few laws. Despite that, law enforcement personnel managed to separate the groups and send the Brigade on its way.

The Great Serpent Mound is a part of Ohio, U.S. and Native American history we know very little about – that alone should be sufficient reason to protect, preserve and study it. If it has religious significance to a group, they should be allowed to use it ceremonially, peacefully and safely. Why is it so difficult for other religions and cultures to respect that? Are we doomed to religious warfare for the remainder of our existence – an existence that itself could be doomed, decimated and destroyed by that warfare? 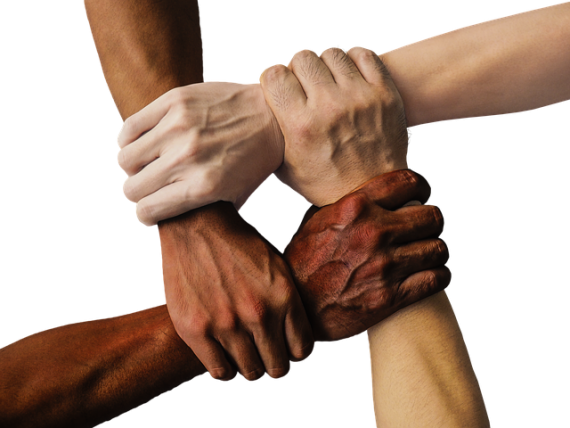 That fact that the year 2020 has seen an openness to publicly discuss life from other planets possibly visiting Earth is something that should be celebrated. However, it’s time we prepared for this event by treating our own fellow humans from other cultures and religions in a peaceful way. Perhaps we should start by finding a replacement for exclusionary words like “aliens” -- just as we need a replacement for “pagans.” If we can’t do even that, we truly are doomed and no ownership of the Great Serpent Mound, Stonehenge, pyramid, cathedral, petroglyph, monolith or any other cultural monument will save us from ourselves.