Just four years after he left his post as CIA director and three years after the now-famous release of the Tic Tac UFO videos taken by US Navy pilots, John O. Brennan sat down for an interview to discuss these sightings, other unexplained sightings and, most interestingly, alien life forms. Brennan is promoting his new book, “Undaunted: My Fight Against America's Enemies, At Home and Abroad” – a title which obviously does not include “enemies from outer space.” Brennan attempts to address those issues on the Marginal Revolution podcast hosted by Tyler Cowen. While Cowen is gracious enough to provide a transcript and both audio and video links to the podcast, Brennan’s comments on UFOs and aliens deserve special focus.

“I’ve seen some of those videos from Navy pilots, and I must tell you that they are quite eyebrow-raising when you look at them. You try to ensure that you have as much data as possible in terms of visuals and also different types of maybe technical collection of sensors that you have at the time. Also, I believe, it’s important to reach out into other environments and find out, were there any type of weather phenomena at that time that might have, in fact, created the appearance of the phenomenon that you’re looking at? Were there some things that were happening on the ground, or other types of phenomena that could help explain what seems to be quite a mystery as far as what is there?”

Eyebrow-raising? The reactions by the pilots, the ufology community, the media and the public to the Tic Tac videos and pilot testimonies seemed a little stronger than that. However, it’s important to keep in mind that Brennan spent 25 years in the Central Intelligence Agency, including stints as daily intelligence briefer for President Bill Clinton, deputy executive director and director of the newly created Terrorist Threat Integration Center under President George W. Bush, and director of the CIA during the final four years of the Obama administration. In other words, Brennan knows how to give briefings and his answer to Tyler’s question on how he would have handled the videos as director reflects that.

“Also, I believe, it’s important to reach out into other environments and find out, were there any type of weather phenomena at that time that might have, in fact, created the appearance of the phenomenon that you’re looking at? Were there some things that were happening on the ground, or other types of phenomena that could help explain what seems to be quite a mystery as far as what is there?”

It would have been beneficial to have had Brennan handling the disclosure of the Tic Tac videos since he’s asking questions that were not revealed when they were leaked nor after the government reluctantly confirmed their existence. Brennan assures Cowen that he would not have made up his mind in advance or discounted any unusual possibilities before analyzing all of the data. While he obviously no longer has access to that kind of data, he still offers his theory on what they might be. 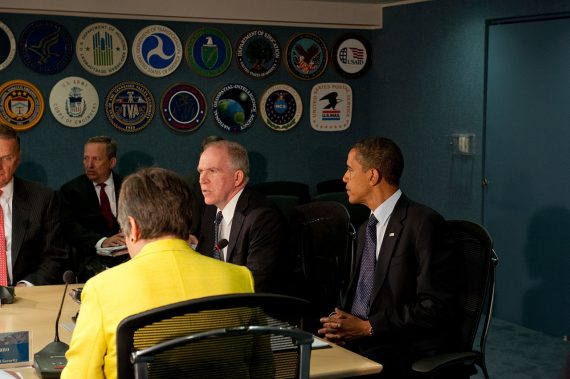 “When people talk about it, is there other life besides what’s in the States, in the world, the globe? Life is defined in many different ways. I think it’s a bit presumptuous and arrogant for us to believe that there’s no other form of life anywhere in the entire universe. What that might be is subject to a lot of different views. But I think some of the phenomena we’re going to be seeing continues to be unexplained and might, in fact, be some type of phenomenon that is the result of something that we don’t yet understand and that could involve some type of activity that some might say constitutes a different form of life.”

In other words, he has not ruled out “It’s aliens!” and opens the possibility that we’re seeing a different life form that current technology is unable to recognize or interpret. He doesn’t dismiss the videos as examples of advanced Earth enemy technology (something the rest of his book shows he knows something about) or leaks of U.S. advanced technology that is being secretly tested on potentially unsuspecting military personnel. Instead, he draws a refreshing conclusion not often seen in the intelligence community.

“I just want to leave my mind open as to what something might be, but who knows what these things might be?”

For someone who spent 25 years in a job that required him to give the most powerful person in the world just the facts, no matter how distressing they may be, John O. Brennan sounds like a person who can be more open now since he no longer has the fate of the world hanging on his analysis. Unfortunately, that’s as far as he went on the subject of UFOs and aliens in this interview.

It sure would be nice to get him back into the secret files for one more look.

Dozens of New and Rediscovered Species Found in Bolivian Andes