From Vampires to Cattle Mutilations Part 2

Part 1 of this article provided the reader with a history of vampire legends from ancient times and right up until modern times. The crux of the story is this: could there be a connection between cattle mutilations and vampires? And, if the latter really do exist, is it possible they just might be the mysterious predators that have been harvesting the blood of cattle and horses since the 1960s? Broadly, those were the questions put to me a few days ago. Now, let's take a look at the available data. Since at least 1967, reports have surfaced throughout the United States of animals – but, chiefly, cattle – slaughtered in bizarre and horrifying fashions. In some cases, the limbs of the cattle are broken, suggesting the cows were dropped to the ground from significant heights. Evidence of extreme heat, to slice into the skin of the animals, has been found at mutilation sites. Eyes are removed, tongues are sliced off, and, typically, the sexual organs are missing. Also, of course, a large amount of blood is gone, too. You knew that was coming. 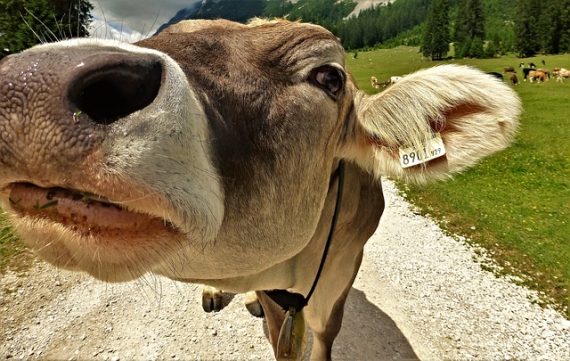 It's interesting to note that none other than the FBI focused on the matter of the vanished blood, as the Freedom of Information Act has demonstrated. In August 1975, Senator Floyd K. Haskell, of Colorado, made his voice known to the FBI, on the growing cattle mutilation controversy: "For several months my office has been receiving reports of cattle mutilations throughout Colorado and other western states. At least 130 cases in Colorado alone have been reported to local officials and the Colorado Bureau of Investigation (CBI); the CBI has verified that the incidents have occurred for the last two years in nine states. The ranchers and rural residents of Colorado are concerned and frightened by these incidents. The bizarre mutilations are frightening in themselves: in virtually all the cases, the left ear, rectum and sex organ of each animal has been cut away and the blood drained from the carcass, but with no traces of blood left on the ground and no footprints [italics mine]." That's quite a statement.

From the official files of the late police officer Gabe Valdez, of New Mexico, we have the following. It can be found in the FBI's records and  also addresses the matter of cattle mutilations and blood. Valdez's following words were in relation to a mutilation that occurred in 1978 and in Valdez's own proximity: "This four year old cross Hereford and Black Angus native cow was found lying on left side with rectum, sex organs, tongue, and ears removed. Pinkish blood from [illegible] was visible, and after two days the blood still had not coagulated [italics mine]. Left front and left rear leg were pulled out of their sockets apparently from the weight of the cow which indicates that it was lifted and dropped back to the ground." 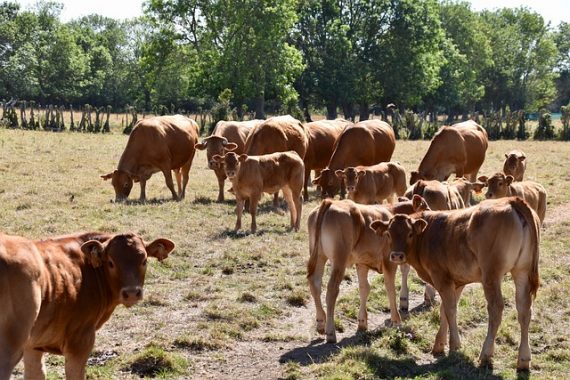 A lengthy document, prepared by Forrest S. Putman, the FBI’s Special-Agent-in-Charge at Albuquerque, New Mexico was soon thereafter sent to the FBI’s headquarters in Washington, D.C. It read: "Information furnished to this office by Officer Valdez indicates that the animals are being shot with some type of paralyzing drug and the blood is being drawn from the animal after an injection of an anti-coagulant [italics mine] It appears that in some instances the cattle’s legs have been broken and helicopters without any identifying numbers have reportedly been seen in the vicinity of these mutilations...Officer Valdez stated that just recently he has been told by two assistants at Los Alamos Scientific Laboratory that they were able to determine the type of tranquilizer and blood anti-coagulant that have been utilized [italics mine]."

It's important to note that none of the above-data demonstrates that real vampires (as they are perceived in legend, at least) were roaming around the ranches and farms of the United States in the 1970s and 1980s and, of course, by darkness. It is, however, very intriguing to note that the FBI, in its official files on the mute issue, was careful to make it clear that the matter of missing blood was a significant portion of the overall mystery. So, is there a connection between vampires and cattle mutilations? Blood was certainly removed from numerous cattle in that era. There is no doubt about that. But, that doesn't mean the culprits were literal vampires. It's a fascinating theory, but to make such a controversial connection will require far more evidence than what we have right now. My view on all of this? I think at some point from the 1960s onward there were deep concerns that something dangerous - maybe, even, deadly - had gotten into the food chain. Our food chain. The result: tests were clandestinely undertaken by night to try and figure out how bad the situation could potentially get. If that sounds a bit vague, well, yes, it is. That's because I'll come to the bigger picture of all that very soon...

The Strange Story of a Haunted Murder House